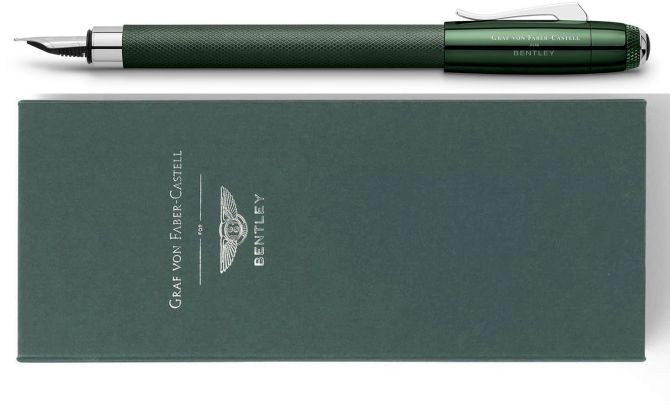 Graf von Faber-Castell, manufacturer of high end writing instruments has been making Bentley-themed collection since 2018. The maker has unveiled its latest collection for 2020 which has taken inspiration from Woolf Barnato. He was a British financier and racing driver, and one of the 1920s ‘’Bentley Boys’’. It was an iconic social set of wealthy British motorists who favored the cars of W. O. Bentley. The limited edition pen collection called the “Graf von Faber-Castell for Bentley Barnato” pays tribute to the legendary racing driver. 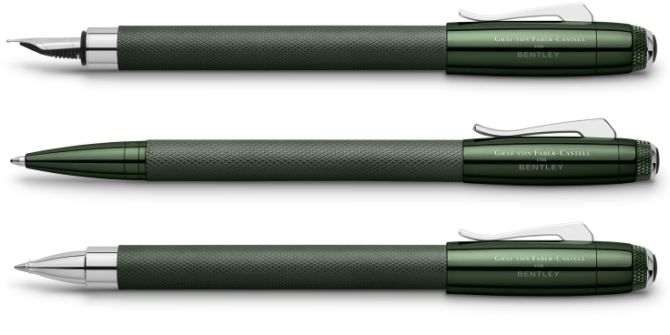 The Graf von Faber-Castell for Bentley Barnato writing instruments collection comes win green ‘’Blower’’ Bentley-themed color. The barrel of the pen features distinctive diamond- pattern which is seen inside Bentley cars.  The cap of the writing instrument comes with “B” of Bentley near the cap crown. Besides that, “Graf von Faber-Castell for Bentley” along with an imitation of Woolf Barnato’s signature is also etched on the cap.

The Graf von Faber-Castell for Bentley Barnato is offered in three types: Fountain pen, Rollerball and Ballpoint. The fountain pen features an 18kt gold nib that comes in extra fine, fine, medium and broad nib sizes. It uses a cartridge/converter filling mechanism.  The collection is a limited edition of 1930 pieces in each version. It was in 1930 when Barnato took part in the Blue Train Race and competed against a high-speed train in his Bentley and won the race. This collection marks the 90th anniversary of that win and which is why the collection is limited to 1930 pieces only.

The Bentley-themed writing instruments collection will be available from September 2020. The ballpoint will cost you $575 and the rollerball and fountain pen will set you back $625 and $675 respectively.  Each writing instrument will come in a unique green box adorned with iconic Bentley logo.