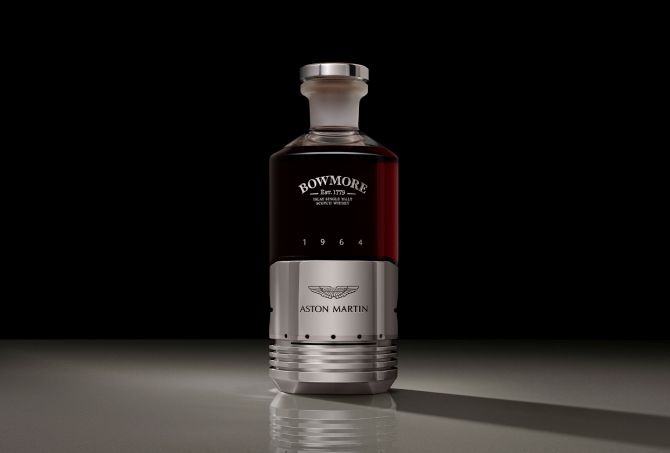 Aston Martin, luxury British sports car manufacturer has teamed up with Bowmore, Islay’s oldest distillery to create an exclusive whisky. The two brands have released limited edition ultra-rare single malt called the Black Bowmore DB5 1964. Only 25 bottles will be available for purchase and each bottle will come with a price tag of US$65,000. 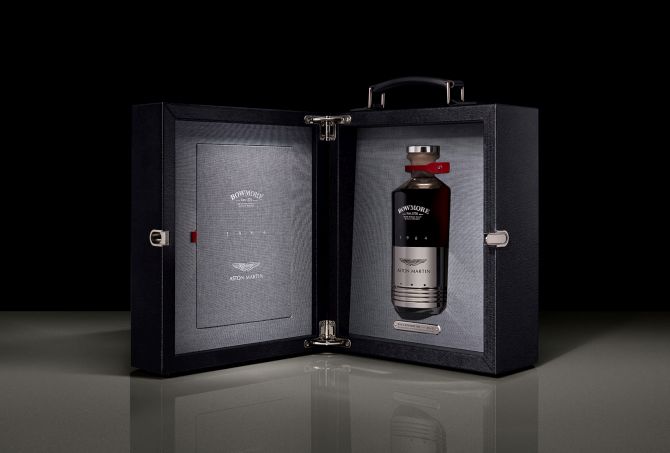 Bowmore Islay Single Malt Scotch Whisky and Aston Martin officially joined hands last year to produce beautiful creations. Thus, the Black Bowmore DB5 is first product as a result of the collaboration of these two iconic brands. The year 1964 referred in the name of this exclusive whisky represents a defining moment in history for both Bowmore and Aston Martin. It was in 1964 when Bowmore started using new boiler that used steam instead of coal for heating the stills. Not only that, the spirit produced from this boiler went on to create the Black Bowmore. On the other hand, in 1963 Aston Martin launched its most famous car in the history, the Aston Martin DB5. In 1964, it made its debut in Goldfinger movie and become the favorite car of James Bond. Since then, it has appeared in six other 007 Bond movies. 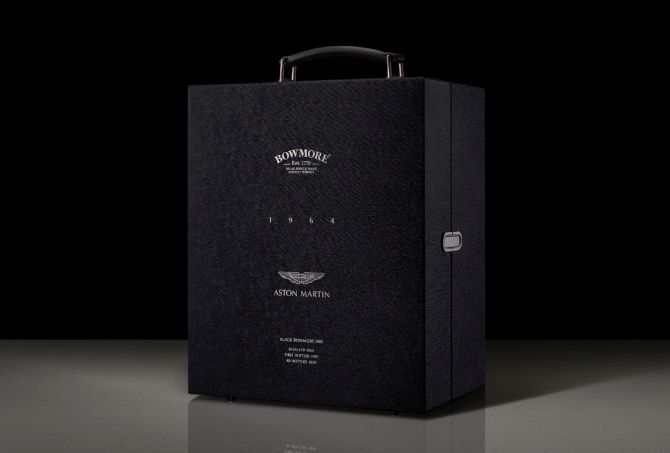 The Black Bowmore DB5 1964 comes in handcrafted vessels made by Glasstorm, a bespoke glass studio in Northeast Scotland. Each bottle took almost a week to complete and comes with a genuine Aston Martin DB5 piston. The limited edition whisky is offered in a handmade presentation box. The designers have taken inspiration from the distillery’s coastal home for the design of the box. It is made from string-grain calfskin and features custom solid brass latch and hinges, plated with nickel. 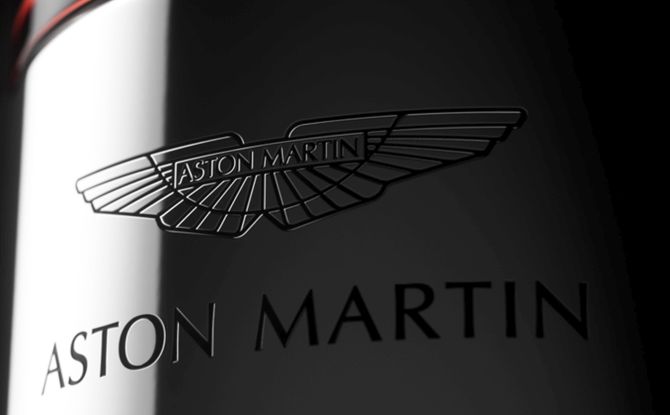 Also Read: Most expensive whisky sold at an auction 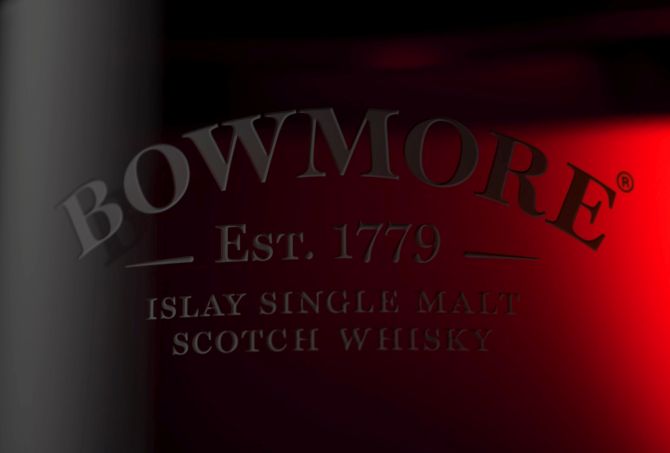