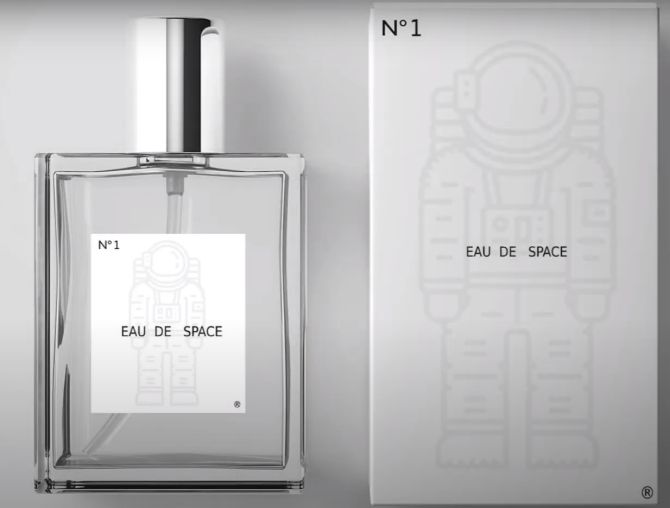 Have you ever looked at the sky and thought if you could space travel one day? Well, for most of us it will remain a dream in this lifetime, but there is a chance we might be able to smell outer space. Yes, you read that right! A firm has developed a perfume that comes with NASA’s smell of space. Called Eau de Space, this out of the world (literally) perfume is currently running a crowdfunding campaign on Kickstarter. All you need to do is back the project to get your hands on this outer space fragrance.

The original smell of space was developed to help train astronauts before venturing out into the outer space. It was back in 2008 when Space agency NASA contracted specialists to create the smell. It was Steve Pearce, a chemist who came up with the scent that helped astronauts get used to the odor of space. The recipe was kept a secret for a long time but somehow the Eau de Space team with its determination and luck was able to get it out.

The firm has collaborated with world’s best perfumers to create this exclusive product. Their team consists of people that have experience in fashion, design, tech and logistics. They are all ready to manufacture the perfume and are just waiting to meet their minimum order quantity. With 40 days to go, the campaign has 8573 backers and raised US$368,910 at the time of writing the post.

As for what the outer space smells like, we have different opinions from astronauts and space travelers. Tony Antonelli, NASA astronaut said that space smells “strong and unique.” Whereas Piggy Whitson, ISS former resident said it’s like a smell from a gun, right after a fire shot. Besides that, others described the space smell like burnt cookies, rum, seared steak and raspberries.

The Eau de Space perfume will be available in 4 ounce bottles and one can order as many as 200 bottles. The Kickstarter campaign will end on August 17.