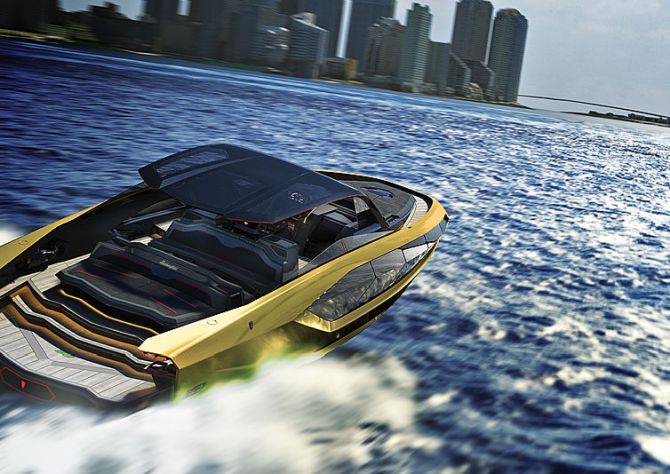 Automobili Lamborghini, Italian automaker of luxury sports car have teamed up with Boat maker Tecnomar to create a luxury yacht. Named ‘Tecnomar for Lamborghini 63’, the motor yacht is the newest addition to Tecnomar’s fleet of luxury yachts. Tecnomar is a brand of The Italian Sea Group which is one of the largest conglomerates in the yachting industry. 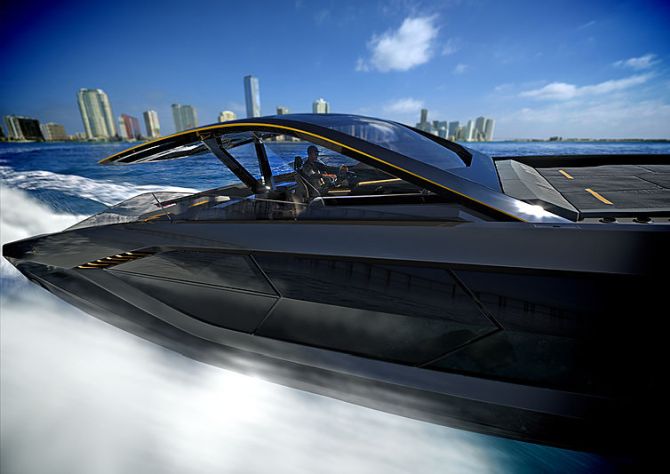 Inspired by Lamborghini Siàn FKP 37 hybrid supercar, the Tecnomar for Lamborghini 63 speedboat is referred as “Lamborghini on water.” The 63 in its name is derived from the founding year of the sports car brand. The design and carbon fiber construction of the motor yacht is all inspired from the Sián FKP 37 sports car which was unveiled in September 2019. One can easily tell that the design cues has been taken from Lamborghini cars. 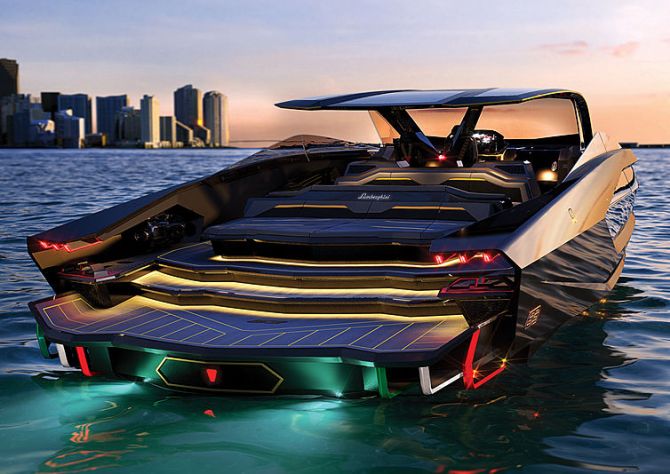 The auto-inspired luxury yacht is powered by two MAN V12 engines with each delivering 2,000 horsepower. Interestingly, with this much power, she will be the fastest speedboat in Tecnomar’s fleet. This ultra-lightweight yacht weighs only 24 tons, thanks to its carbon-fiber construction. Tecnomar for Lamborghini 63 motor yacht is 63 feet in length and can reach top speeds of about 60 knots. 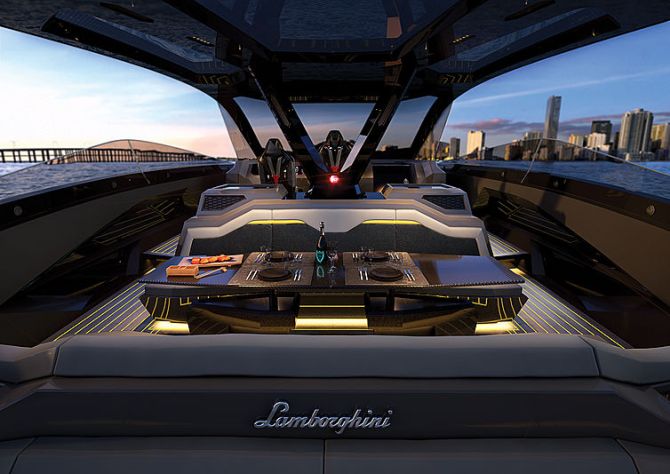 The specially designed hull of the luxury yacht is developed using fluid dynamics. The hardtop is inspired from Lamborghini’s roadster models from the 70s and 80s. The Y-shaped bow lights impersonates the ones found on the Terzo Millennio and Sián FKP 37 sports car. Not so surprisingly, the pilot cabin is an automotive inspired one as well. The monitoring system and the navigation panel are crafted in carbon fiber and carbon skin. The seat and steering wheel are exactly like the ones in a Lamborghini’s sports car. Also, the start/stop buttons to start the engines are same as there are in Lamborghini cars. 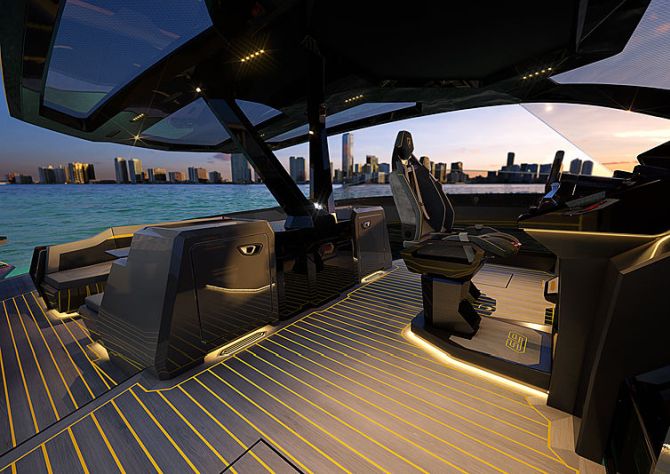 The Tecnomar for Lamborghini 63 motor yacht will be a limited edition of 63 units. Customers will be allowed to choose from a variety of colors and styling options. The luxury yacht is expected to arrive in 2021. 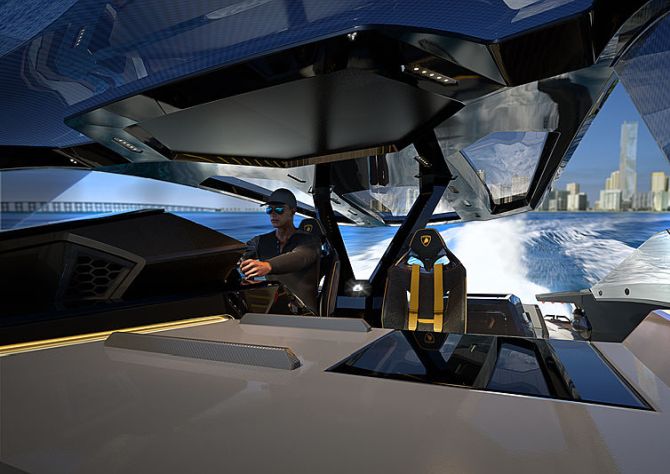 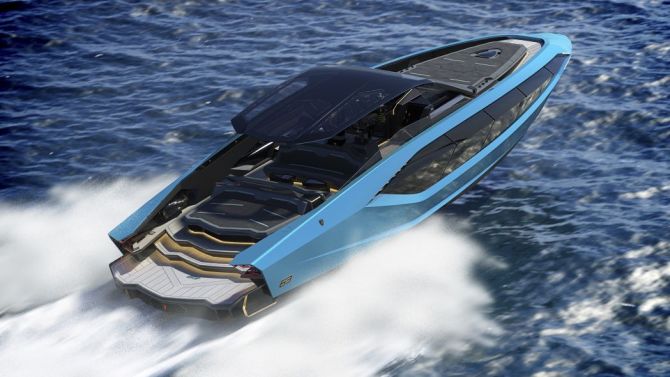