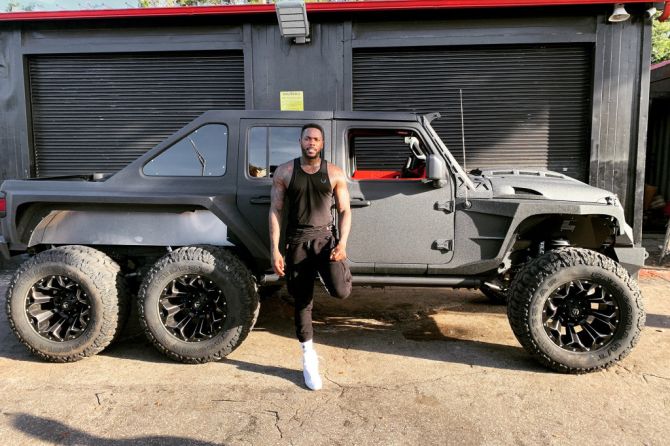 South Florida Jeeps, Fort Lauderdale-based manufacturer of customized jeeps have built an insane 6×6 truck for the New York Yankees pitcher Aroldis Chapman. With Yankees expected to resume training from Wednesday, you can soon see him gliding through New York streets in his custom made Jeep. The six-wheeled monster comes with black Kevlar coating on the outside. Whereas on the inside, it comes with a bright red fabric and Chapman’s “Cuban Missile” logo as well. 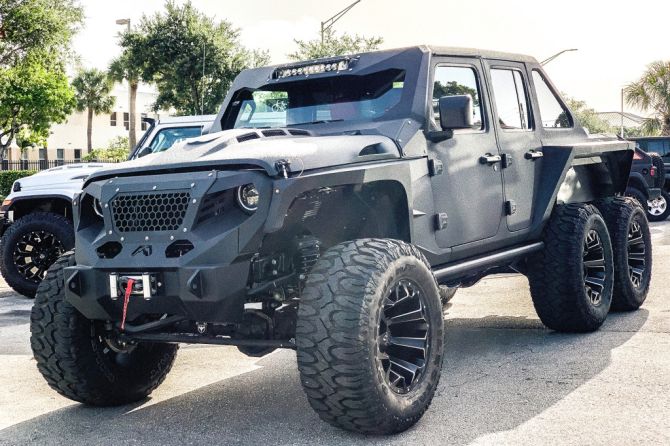 It took South Florida Jeeps about 2 months to complete this one of a kind custom 6×6 Jeep. Aroldis Chapman visited the custom shop in spring and was looking for something really wild. So, the specialists built one for him. According to Joe Ghattas, owner of the custom shop, “It’s huge, it’s loud and it’s just offensive to all the senses.” The Yankees closer paid about $150,000 for the custom SUV. 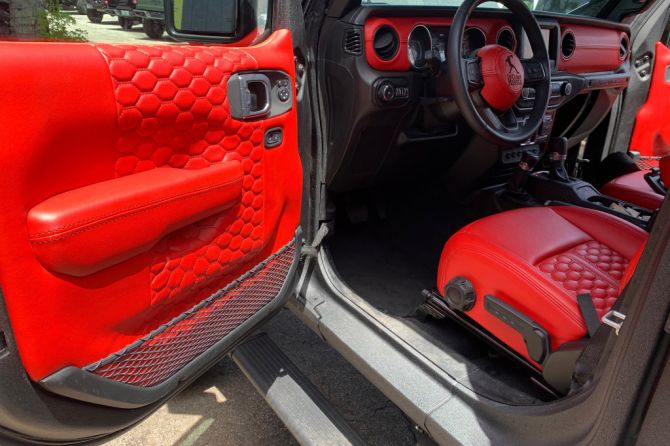 Chapman’s Jeep comes equipped with a twin-turbo diesel engine that delivers 600 horsepower. Well, to create this huge monster vehicle, frame of the jeep was first cut in half and then was extended by four feet. An extra axle was added and rest of the truck was hand-built after that. Ghattas stated that it is an absolute beast and is not only “unstuckable” while off-road but can blast down the highway effortlessly a well. 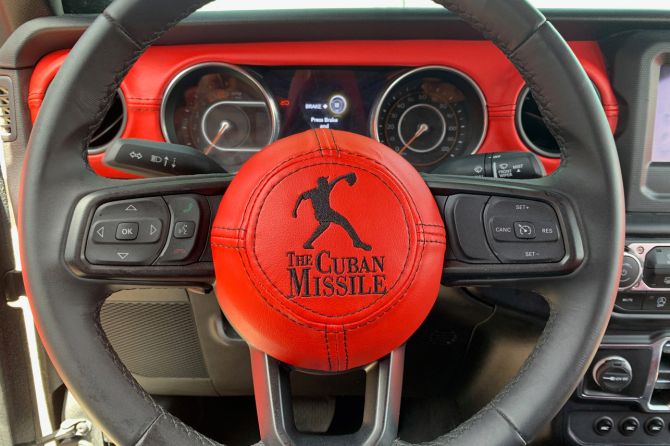 Also read: John Mayer gets himself a $500,000 EarthRoamer mobile home

The custom made Kevlar coated Jeep cost Chapman about $150,000. Although, he doesn’t speak a whole lot of English, his reaction was priceless when he came to take the delivery of the custom Jeep. He was smiles from ear-to-ear and gave his approval by saying ‘It’s f***ing awesome” after test driving the vehicle. Chapman recently signed a $48 million contract for three years with the New York Yankees. 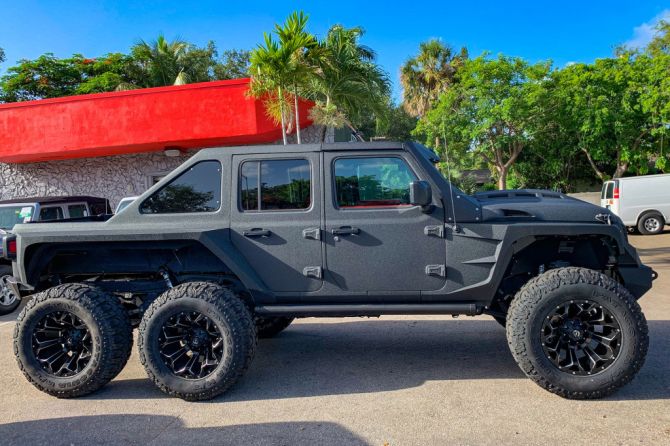