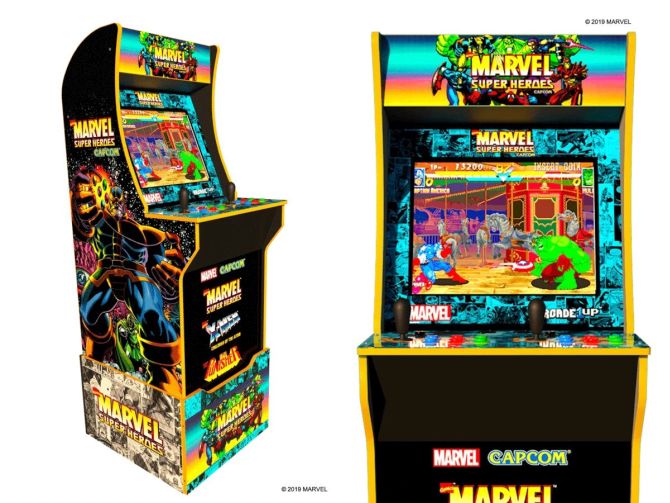 Arcade1Up, home arcade cabinets manufacturer has come up with their latest offering designed specifically for Marvel entertainment fans. Arcade1Up has joined hands with Marvel and Japanese video game company Capcom to create limited edition Marvel Super Heroes arcade cabinet. The retro and colorful cabinet is made to commemorate Marvel’s 80th Anniversary and take their fans back to the 90’s era.

This special edition arcade machine will come with Capcom’s Marvel Super Heroes, the superhero fighting game from 1995. Besides that, it will feature two more games: X-Men: Children of the Atom (1994) and The Punisher (1993). The machine shows off exclusive artwork and comes with a 12″ custom riser as well. It is loaded with a 17-inch display, dual speakers, light-up marquee and Sanwa joysticks and buttons. The limited edition Marvel Super Heroes arcade cabinet will also come with a Marvel certificate of authenticity.

“With the excitement around our recently announced Marvel cabinet, we wanted to provide our hardcore fans with something special to celebrate Marvel’s birthday,” explained Scott Bachrach, CEO, Tastemakers, LLC, parent company of Arcade1Up. “We could not be happier with having a licensing partner like Marvel, which has been driving the world of pop-culture to new and exciting territories for the last 80 years.” 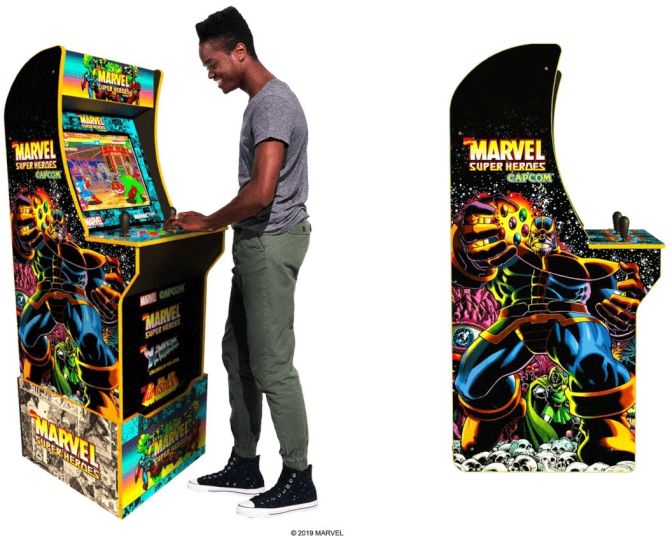 The Capcom Marvel Super Heroes Arcade with Riser is limited to 8,000 units only and will come with a price tag of $399. The arcade machine is currently available for pre-order through Arcade1Up’s official website. The estimated delivery is in November 2019. So, if you are also a marvel fan and want to own this special edition arcade machine, hurry up and pre-order one right now.

Arcade1Up will also be releasing two new machines for their fans this fall besides the Marvel Super Heroes Arcade machine. One of them will be Konami’s Teenage Mutant Ninja Turtles and the other is Atari’s Star Wars arcade cabinet.