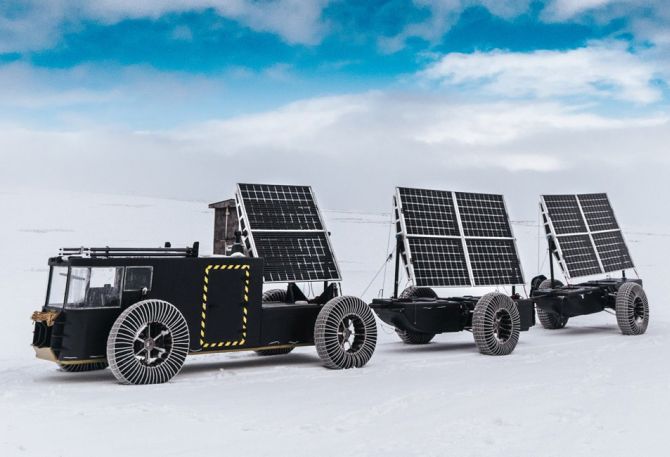 Plastic waste has become one of the most serious problems for our planet. Well, most of us dispose plastic into the trash can after use but for a Dutch couple it has turned out to be the most valuable resource for their project. In an effort to promote zero waste living, Liesbeth and Edwin ter Velde of the Clean2Antarctica project will be making an adventurous journey all the way to South Pole. The couple will be driving Solar Voyager, a solar-powered vehicle which is built from recycled plastic waste.

Weighing 1,485 kg and measuring 52 feet, the Solar Voyager is crafted from HexCores, specially designed 3D-printed hexagonal blocks made from recycled plastic waste. Taking inspiration from the design of honeycomb, about 4000 HexCores were printed with the use of forty 3D printers. Light yet strong, these hexagonal building blocks make up the structure of the four-wheeled Solar Voyager. 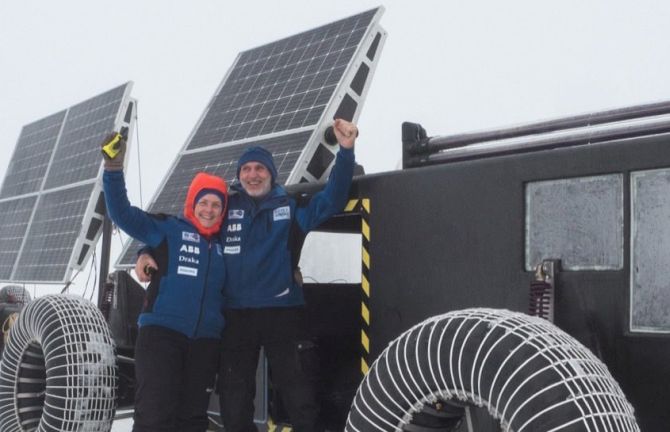 The solar-powered vehicle is large enough to accommodate two people easily and tows two trailers that contain important supplies and food for the whole expedition. The trailers come mounted with 10 bifacial solar panels to power the engine of the vehicle. The cab is installed with infrared windows to absorb sunlight and keep it warm along with six solar vacuum tubes to melt snow. The Solar Voyager can travel at a fair speed of 8 km/h. 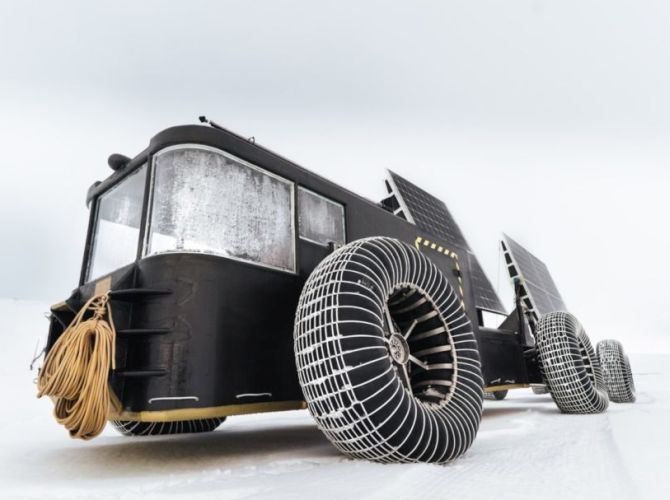 Edwin and Liesbeth will communicate with the Mission Control Center through the world’s first Low Power Global Area Network (LPGAN), launched by the Dutch company Hiber. The 2,400 km journey is set to begin from November 28 and will take place over five weeks. The voyage will start from their base camp at Union Glacier, Antarctica to the South Pole and will return back to the base camp in about 30 days.
A team of three people will be following the couple to film this extraordinary mission to the South Pole. 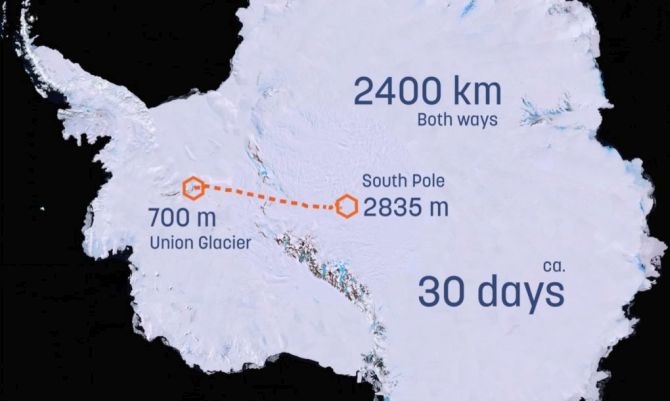