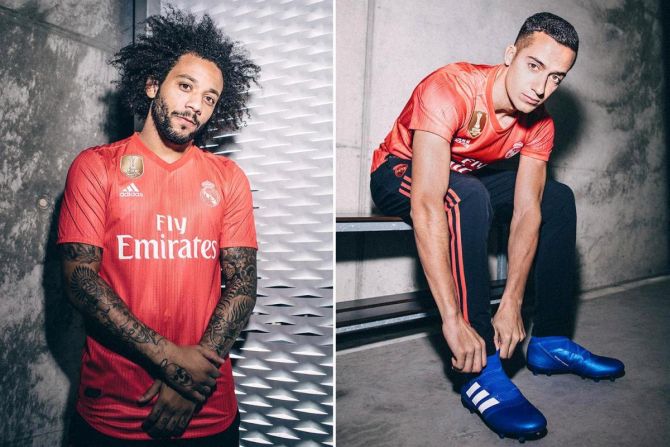 Adidas and environmental institute Parley for the Oceans (also known as Parley Ocean Plastic) are addressing the issue of marine pollution from past few years. We have seen Adidas running shoes made from ocean plastic waste and Adidas Parley swimwear made from recycled fishing nets as part of their collaboration. Taking their effort to combat ocean plastic problem, Adidas revealed an all new 3rd football kit for Spanish football club and Champions League winners Real Madrid. The coral pink strip is made from recycled ocean plastic salvaged from different water bodies across the globe. 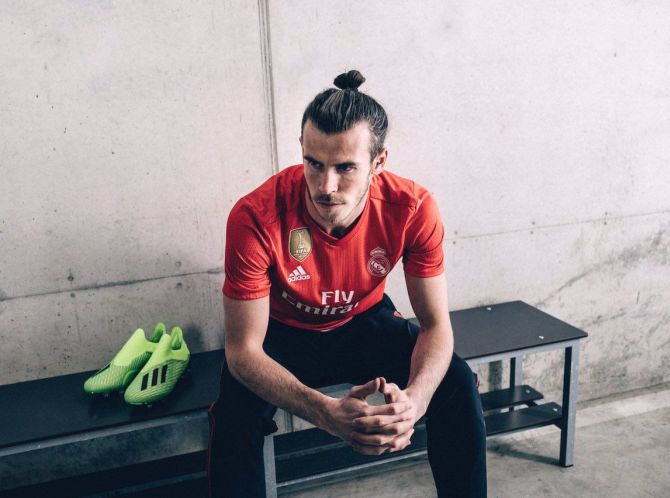 According to Adidas, the unique color of the kit represents different shades of coral in the ocean. With increasing marine pollution, these corals are in desperate need of worldwide protection and preservation. The kit was unveiled at Hunters Point, New York by Real Madrid players. Gareth Bale, Karim Benzema, Marcelo, Lucas Vasquez and Nacho Fernandez were all part of the photo shoot organized to unveil the kit. The eco-friendly strip is available at Real Madrid’s official website and at Adidas stores worldwide as a new range of sporting apparel. The new strip was worn by Real Madrid players for the first time in their match against AS Roma earlier today which they won 2-1. 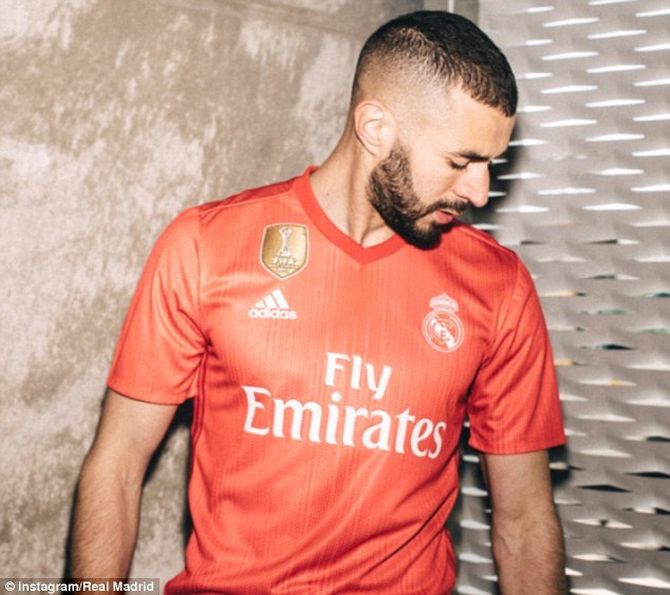 Parley Ocean Plastic founder Cyrill Gutsch stated “Real Madrid has the power to amplify our message, to share it with their massive global following and to bring it to life with their own decisions and actions. The message is an urgent one. It addresses the survival of four oceans, of four own species. It addresses the massive problem of marine plastic pollution. It questions the material itself and defines plastic as a prime example of a toxic substance which we can’t afford anymore.” 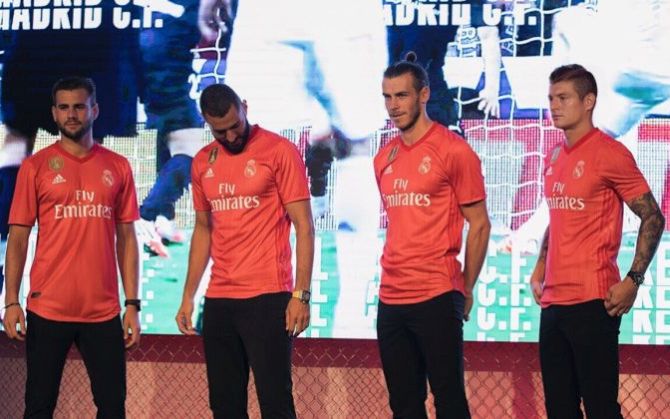 In May 2018, Manchester United Football Club third kit from recycled ocean plastic was also launched by Adidas and Parley for the Oceans. Juventus and Bayern Munich will also have their third kits made out of the same recycled Parley material for the season. 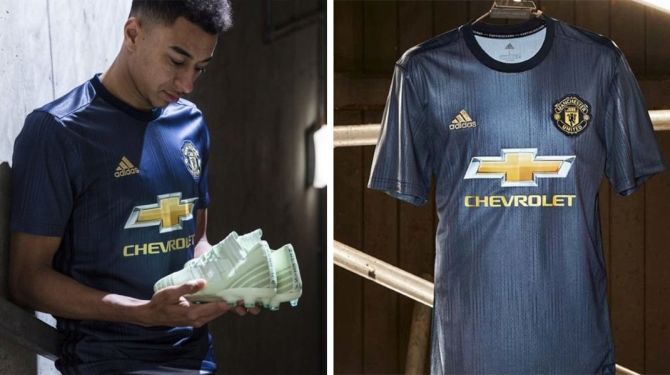