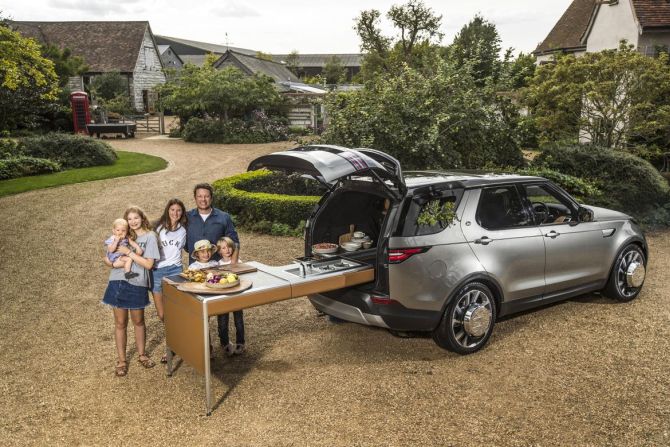 Celebrity chef Jamie Oliver has recently teamed up with Jaguar Land Rover, the U.K.’s largest car manufacturer, to design a one-of-a-kind “kitchen on four wheels.” Land Rover’s Special Vehicle Operations team helped Oliver to integrate as many kitchen tools he wanted in his new SUV that would make any food-lover green with envy. Of course, camping will never be the same with this car carrying a complete on-the-go kitchen. 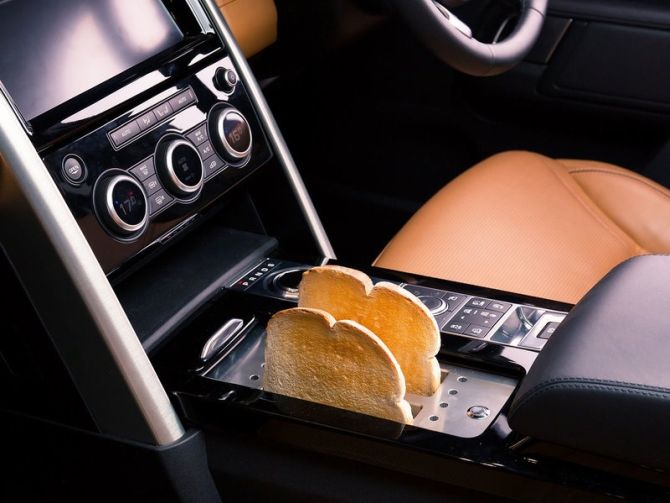 To be precise, the car has many awesome features, however, the coolest one is probably the toaster – as it’s very cleverly and conveniently located between the driver and passenger seat next to the gear stick. Imagine how much time it will save in the morning, when you’re running late for office but can easily prepare toast on-the-go in this car. If you’re more of a toast and jelly kind of person, the car also has a jam storage behind the climate controls up front. So, cool! 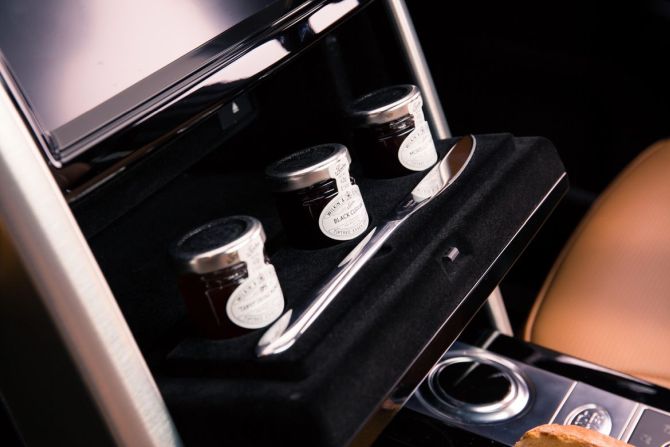 The car is tricked out completely from front to back. Under the hood, there’s a slow cooker as well as a spit roast that pulls out. The wheels also double up as ice cream makers and butter churners. The entire kitchen counter can be pulled out of the trunk, along with a sink and plenty of prep space. 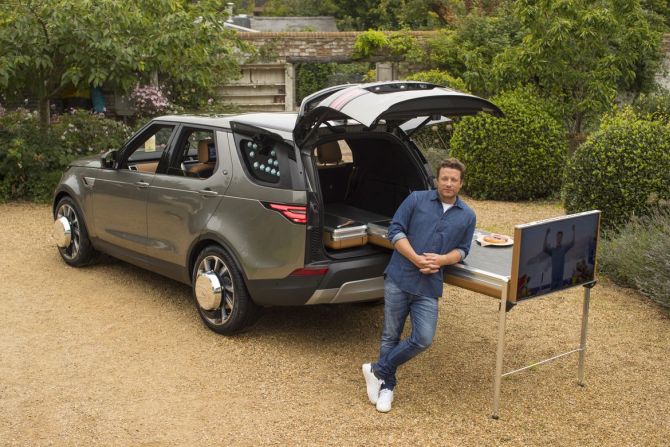 In the same area, a pull-out knife drawer and a spice rack are integrated for convenience. Furthermore, it also includes a full-on olive-oil dispenser that comes down from the trunk. The good thing is that no car space has been compromised with all the kitchen equipment. Oliver along with his wife and their five kids can easily fit in the car, even with all its bells and whistles.

Watch the video below to see Oliver cook dinner for his family using the new car. 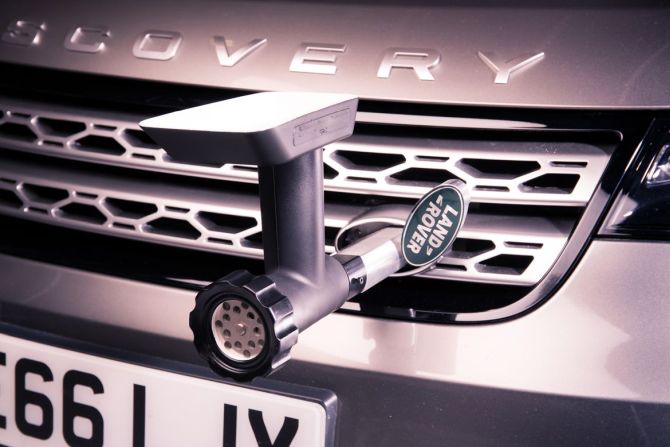 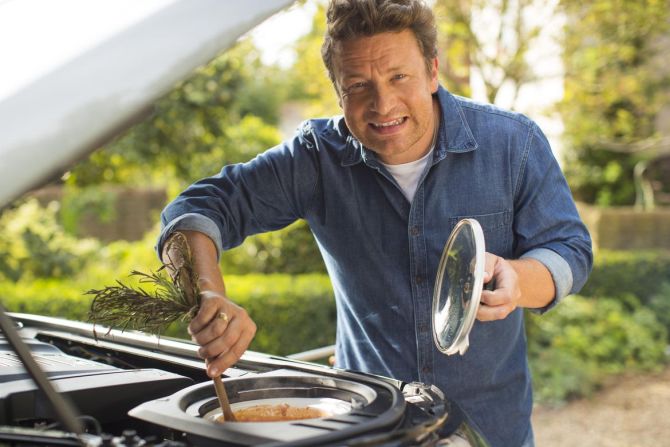 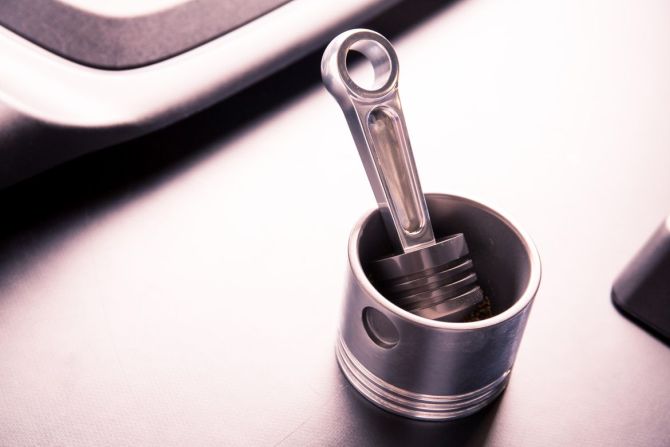 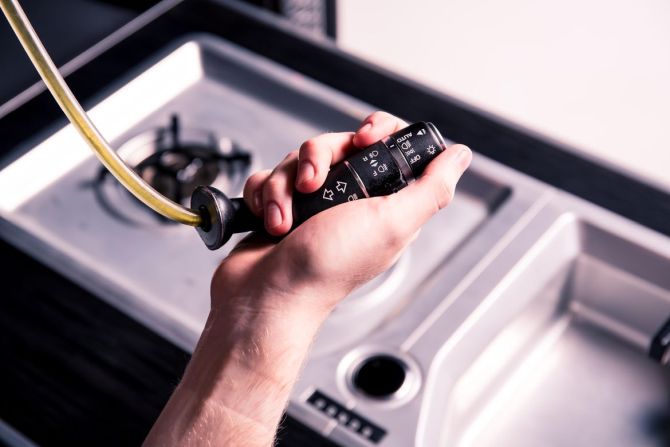 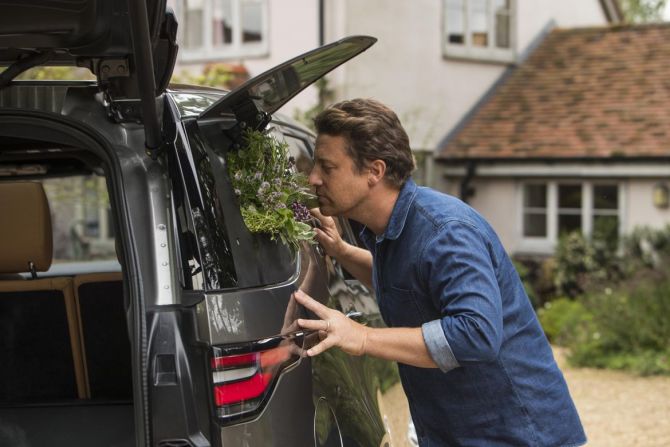 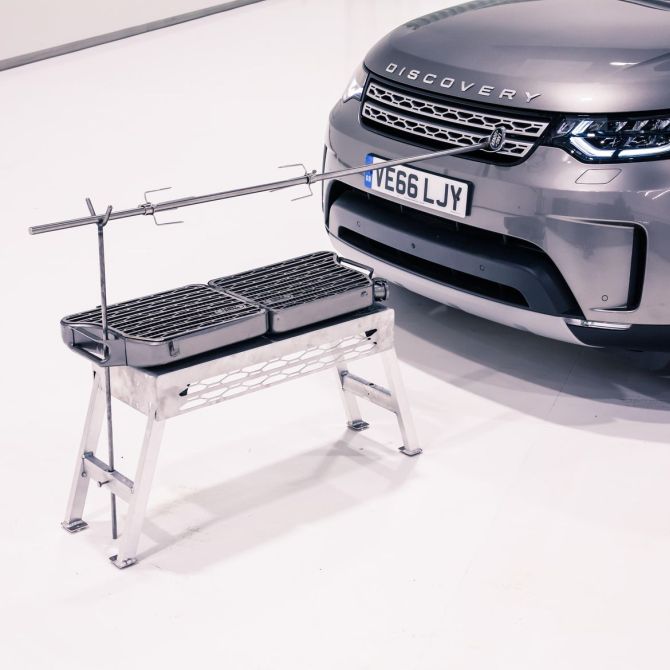 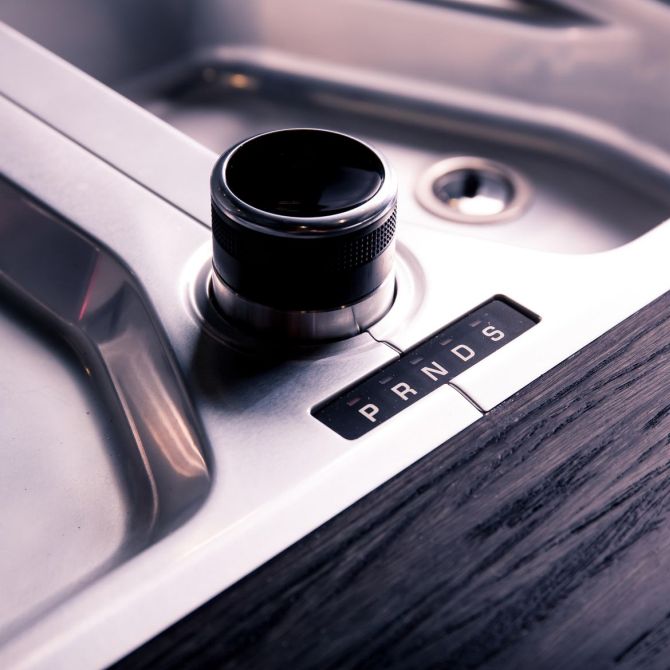