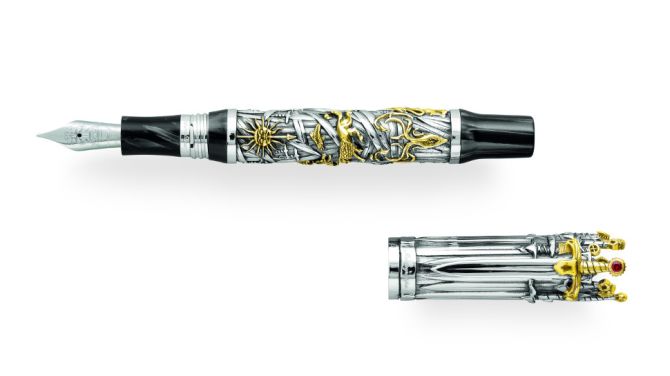 With the beginning of the season 7, everyone seems to be engulfed in Game of Thrones fever. Conveying the grandeur of this remarkable saga, Italian luxury company Montegrappa has recently announced a limited edition series Game of Thrones-themed Iron Throne pens. These luxury writing instruments are designed to cherish and sustain essence of the most coveted seat in Westeros.

The royal cap boasts overlapping swords representing the seven kingdoms. Their hilts rise above the cap’s top to form the elegant crown, while the pommels and blades are running the length of the cap itself. There is a sword on the cap that serves as a pocket clip – its hilt bears a fiery red ruby, giving it a royal touch. 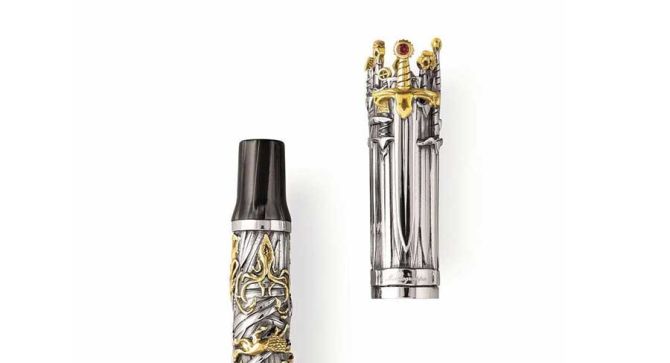 Furthermore, it features the infamous Game of Thrones logo at the cap’s top, surrounded by the swords’ hilts. The essence of the saga can be felt along the pen’s barrel as well – it features polished and burnished precious metal carved into symbols evocative of the houses – from dragons to stags. The details of these limited edition writing instruments are enriched with Flaming White celluloid.

The Game of Thrones-themed Iron Throne Pen is limited to 300 fountain pens and 300 rollerball pens in Sterling Silver. The series includes seven exclusive fountain and rollerball pens cast in solid 18k gold representing the number of Kingdoms. The fountain pen is piston fed, with nib traditionally made in 18k gold, etched with the image of the iconic throne itself.

Visit the company’s official website for having a closer look at the new Montegrappa line. 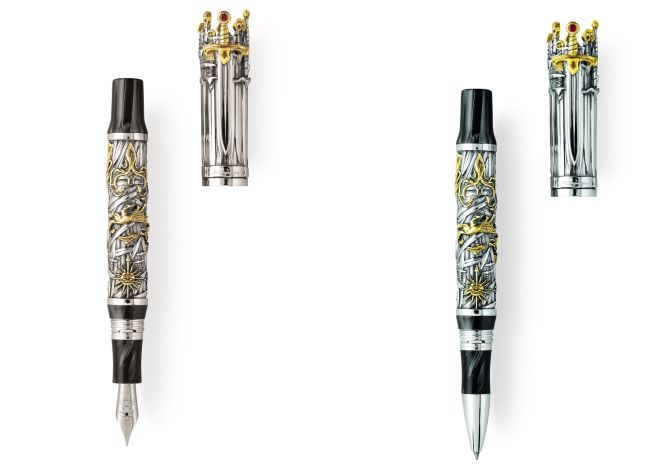