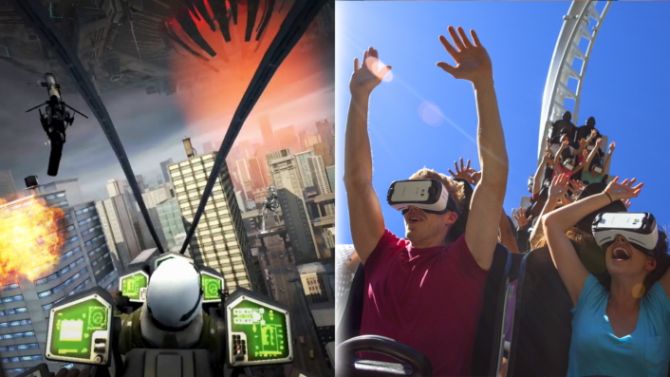 Wearing Samsung Gear VR headsets, the riders will feel the heart-pumping adrenaline of steep drops, inverted loops and powerful twists and turns. All this action will be synchronized by gyroscopes, accelerometers and proximity sensors in an incredibly realistic 360-degree virtual reality world. Beginning this month and into the summer, Six Flags and Samsung will launch total nine new VR Roller Coasters across the U.S. 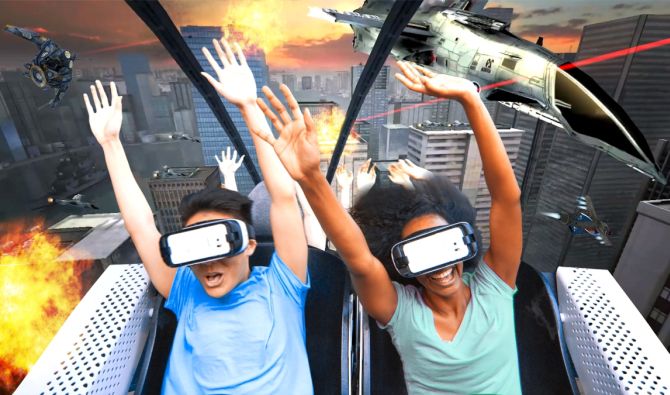 Six of the ‘New Revolution’ virtual reality coasters will transport riders to a futuristic battle to save planet earth from an alien invasion. Riders will see them as co-pilots in their own fighter jets as they strap in for air-to-air combat. The other three are Superman-themed VR coasters where riders will be fully immersed in the 360-degree comic-book world of Metropolis. Riders will glide alongside Superman as he battles the evil Lexbots through hairpin twists and turns, loops, dips and dives before ultimately defeating Lex Luthor and the Lexbots.

Well, Six Flags is not the only company that’s venturing into virtual reality coasters. Alton Towers is also all set to open a VR roller coaster ride in UK next month which will also utilize Samsung’s Gear VR headsets.