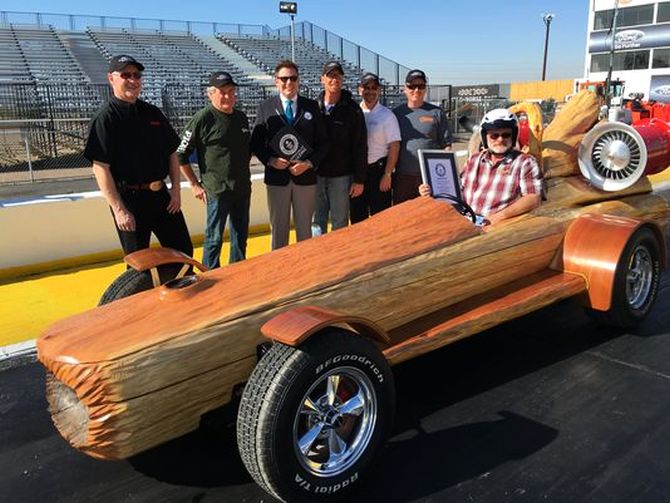 Bryan Reid Sr., founder and owner of Pioneer Log Homes in Williams Lake and star of HGTV’s Timber Kings, has recently accepted Guinness World Record for the fastest motorized log car. Entitled as Cedar Rocket, this log car is not meant for racing- it is more like a salt flat car that’s powered by twin, 20-horsepower electric turbines. Before being tested at a race track in Arizona on Wednesday, the car was estimated to do about 225 km/h, but it took off like a jet at 90 for its record on the quarter mile. 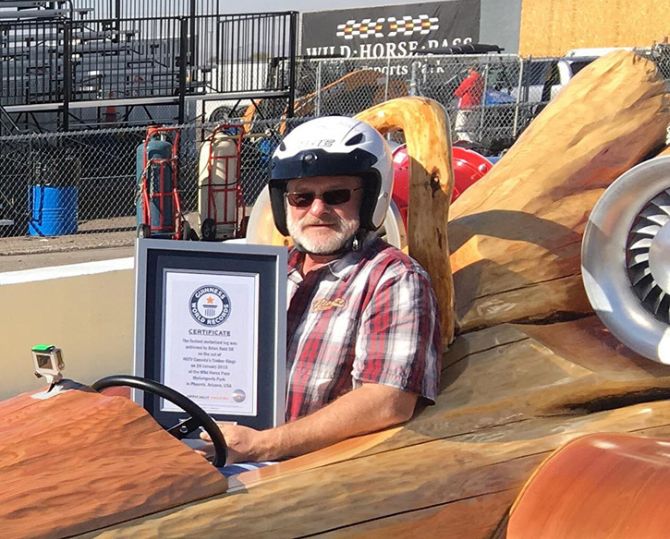 The car had to cross 50 to be registered as a title holder with Guinness, but it actually exceeded the set mark at the Wild Horse Pass Motorsports Park in Chandler, Arizona. Weighing about 2,200 pounds, this world-record holder is completely a handmade car. It is chiselled and chainsawed from a 240-year-old Western red cedar tree log found near Bella Bella area and powered by two turbines for running efficiently.

This motorized log can be driven by an individual sitting within the log- just like any conventional car. But it would surely be a head-turner when it is going to hit the road. Cedar Rocket will be displayed at Barrett-Jackson Car Auction before its auction, which will be conducted next year. 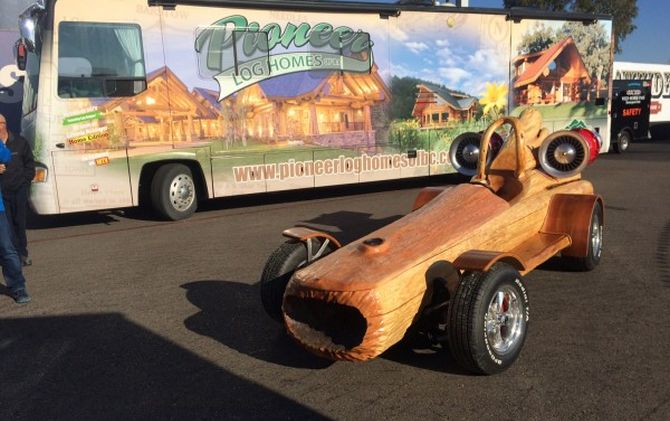 The twin turbine-powered log car was not actually meant for setting a world record. In fact it has been created with the aim to raise awareness and funds for veterans’ charities. According to Reid, people’s response towards the car has been quite overwhelming. Therefore, he is estimating that the sale for the log car will be over one million dollars. All the sale proceeds will further go to the veterans’ group, who fight to keep our countries free. 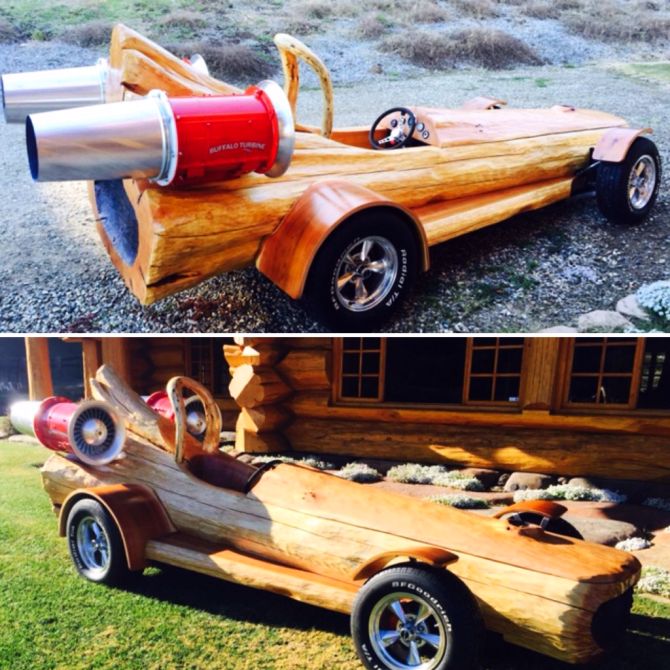