Following #ToyLikeMe equality campaign, Lego has finally created a wheelchair-using minifigure with hipster looks, and a helper dog accompanying the figurine. After creating numerous able-bodied Lego figures for 84 years, the company decided to create something to encourage disabled people as well. This wheelchair minifigure was showcased at Nuremburg and London toy fairs this week, depicting a joyful beanie-hatted person in a wheelchair. 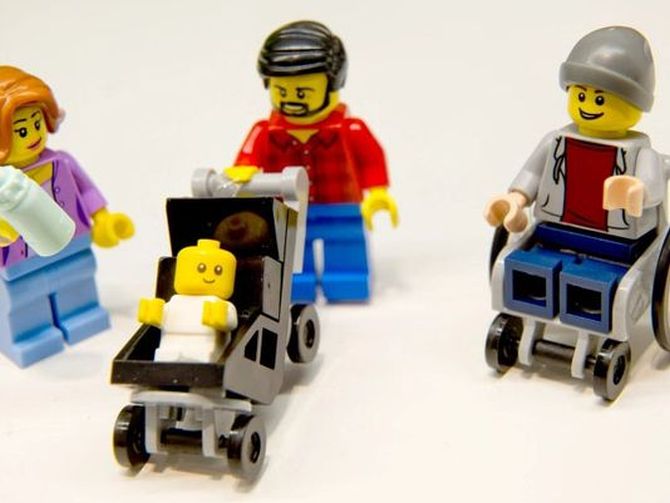 However, it is not exactly the first of its kind, as a similar miniature figurine was promoted last year in July. But that was in form of a senior citizen in a wheelchair, which many people didn’t like, including disability advocates. Therefore, the new figurine looks quite younger and seems to be enjoying life without minding the fact that he’s sitting on a wheelchair.

The wheelchair figure was recently captured in photos by the Promobricks blog. This new figurine is a part of the forthcoming set 60134, which is officially titled ‘Fun in the Park.’ The entire collection includes mostly 14 able-bodied minifigs enjoying outdoors. 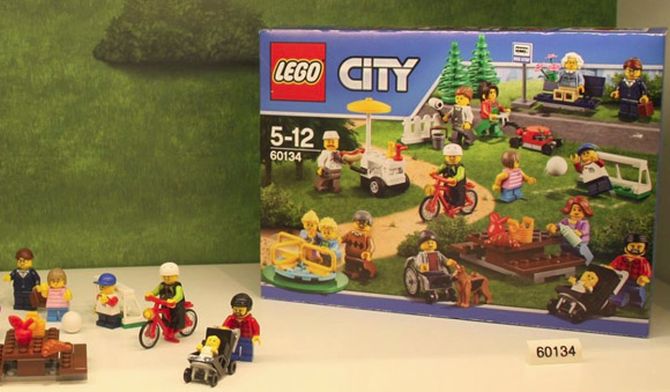 The main focus however remains on the wheelchair miniature character alongside an ice-cream vendor, cyclist, picnickers, etc. Plus, the set also includes a woman who’s been put in charge of a lawnmower and another woman doing some painting.

This unique initiative take by Lego is to vanish the idea about human difference from minds of all generations of kids (both with and without disabilities). What’s your opinion about this outstanding way to eliminate such physical disability issues?