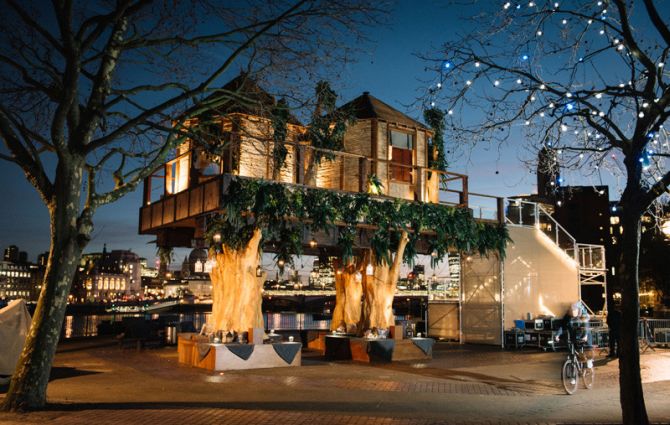 Ever dreamed of living in a Safari treehouse that too in a big city like London? If yes, then your dream has actually come true. Virgin Holidays has brought the refreshing feel of South African jungle straight to London’s South Bank, where you can see a luxury safari treehouse overlooking river Thames. Inspired by the Lion Sands Game Reserve accommodation in South Africa, the treehouse, resting on two tree trunks, is a temporary installation for promoting travel to South Africa. 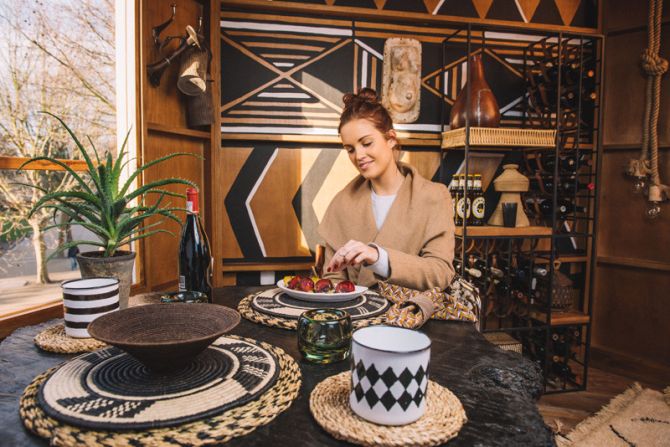 The African-inspired treehouse is positioned 35-feet above the ground, offering mesmerizing view of the entire city. Created by interior designer Hubert Zandberg, the two-bedroom treehouse celebrates urban South African design everywhere inside the living space. Everything from living area to bedroom is surrounded by tribal prints and original one-off African sculptures to make it closely resemble safari-like interiors.

You can get up in the morning in a cozy double bed, which is attached to a small private terrace facing Thames, as well as St Paul’s and the London skyline. Although the team behind the treehouse found it difficult to sustain the originality of African jungle right in middle of a hustling and bustling city of London, but the they surely did a pretty good job. 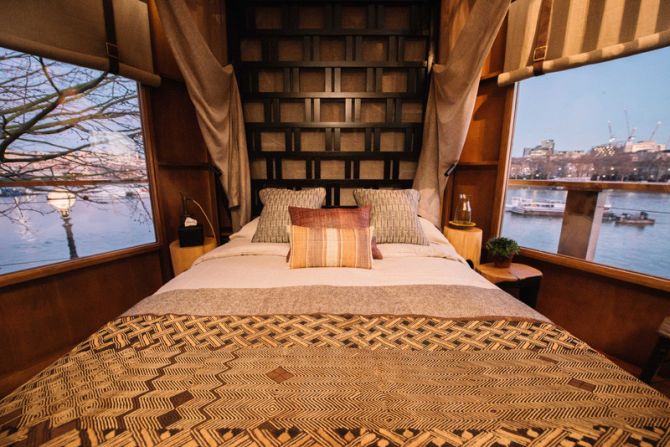 Sadly, this amazing pop-up safari treehouse is just one week’s attraction and will remain in place until January 29. Now the treehouse is open to welcome all London residents or tourists between 10am and 6pm all this week (January 25 – 29). However, a contest in UK will determine who will get a chance to spend the night in the African-themed treehouse on either Wednesday January 27 or Thursday January 28- all courtesy of Virgin Holidays. 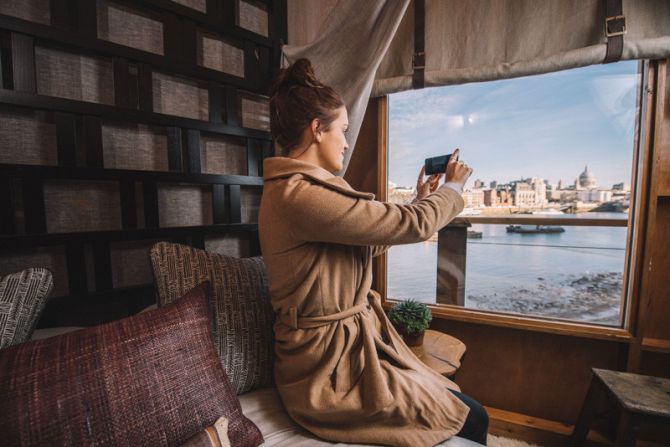 Not only that lucky winner will get to stay in the treehouse, but he/she will be also served with palatable six-course menu from South African Master Chef contestant Petrus Madutlela. According to Virgin, the menu would include dishes like tempura meal worms with induja mayo, shaved ostrich bilton, smoke goal fillet with chakalaka sauce, and braised terrine of crocodile.

Everything in this temporary treehouse will remind you of a urban African jungle. This will surely force you to pack your bags and take off to surreal environment of South Africa, away from hectic city life.

Check out more images (given below) to have closer look at the luxury safari treehouse. 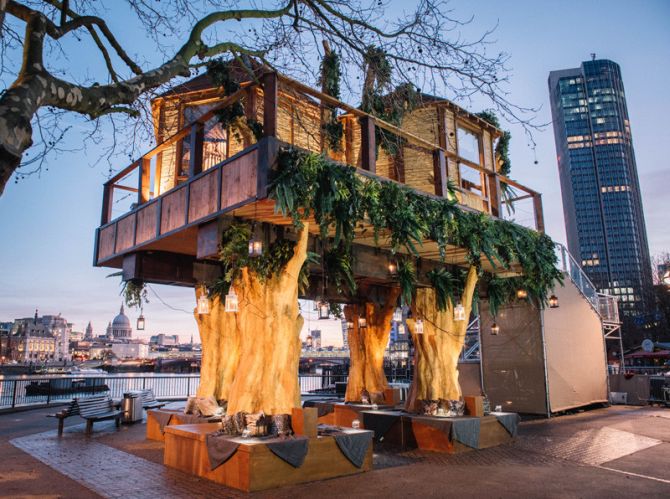 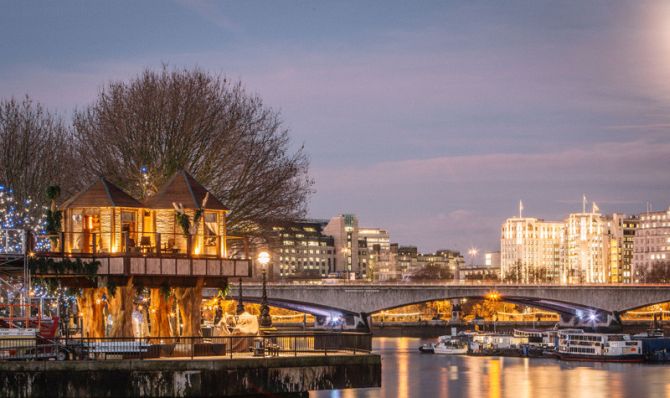 Treehouse resting by the side of river Thames 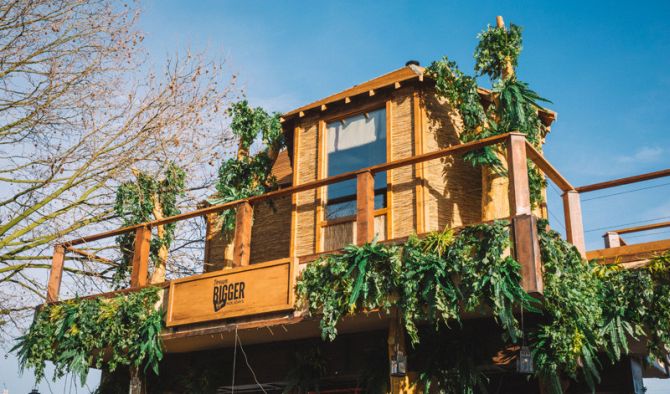 Balcony space for getting clear view of the entire city 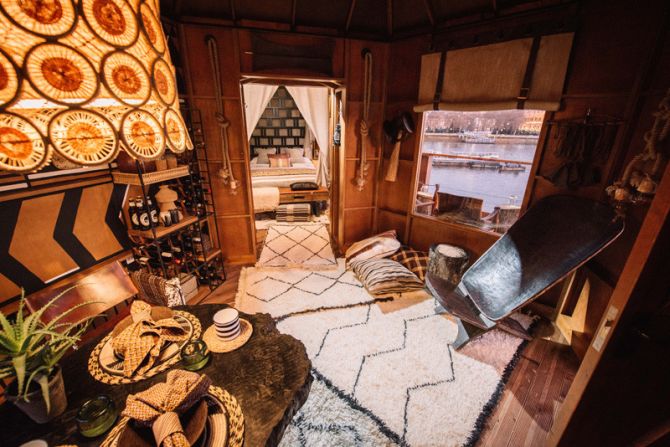 Interior is warm and cozy 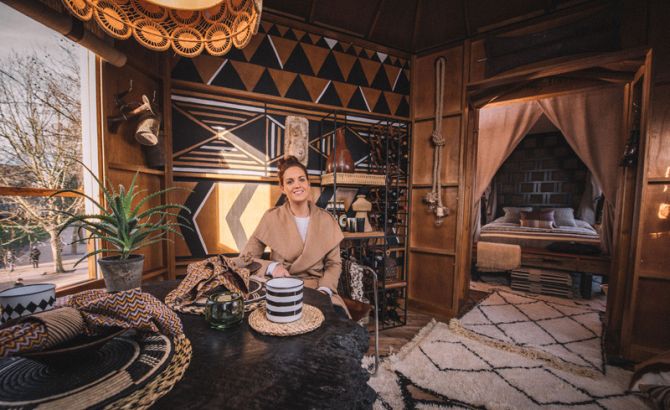 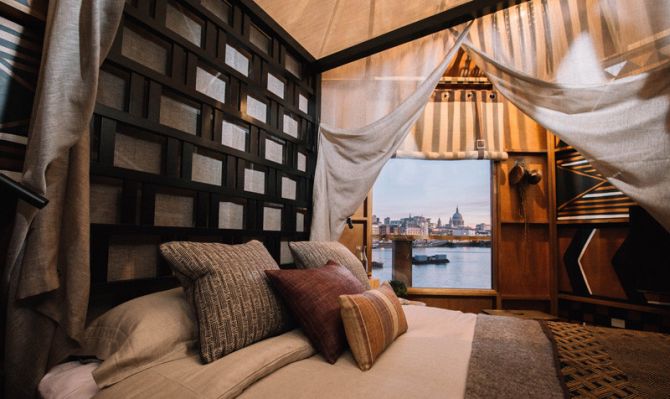 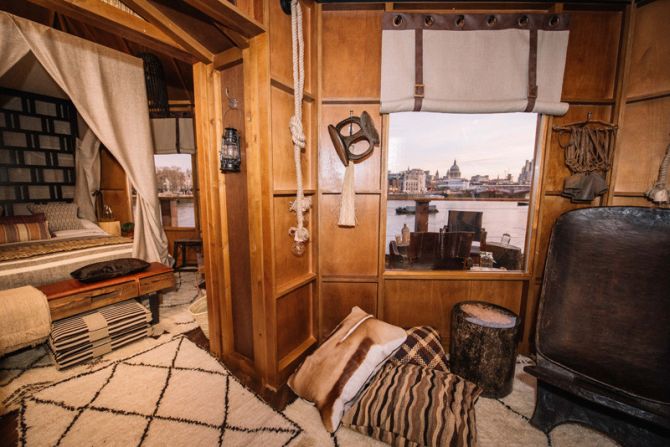 Interior is clad in tribal inlay 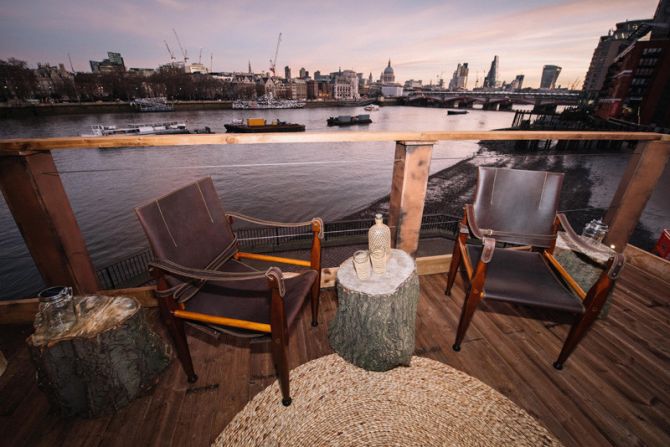 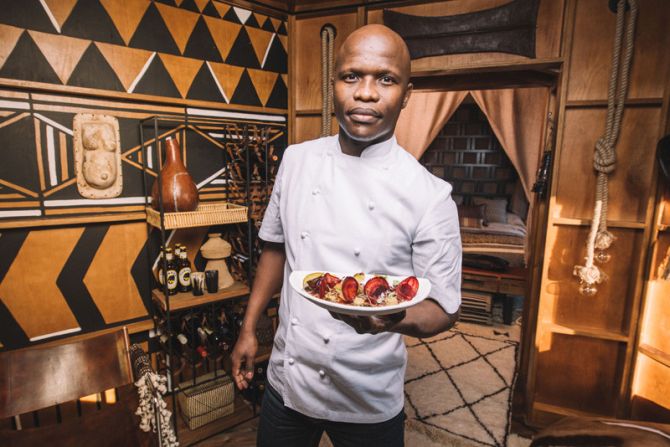 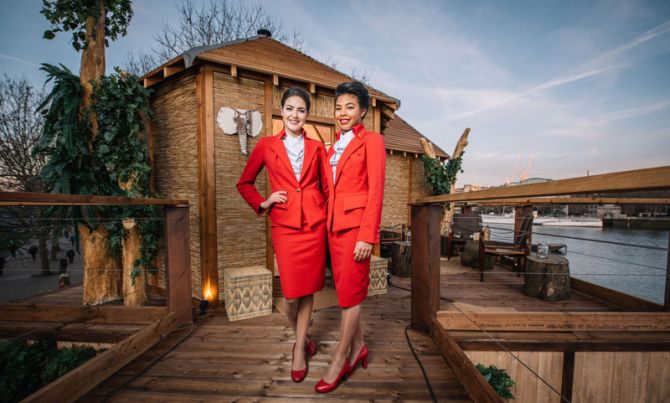 Virgin Holidays hospitality staff will be serving the contest winner 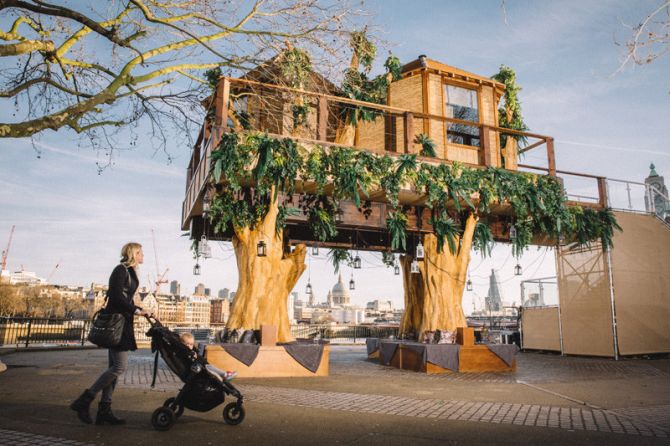 The treehouse brings flavor of South Africa to London