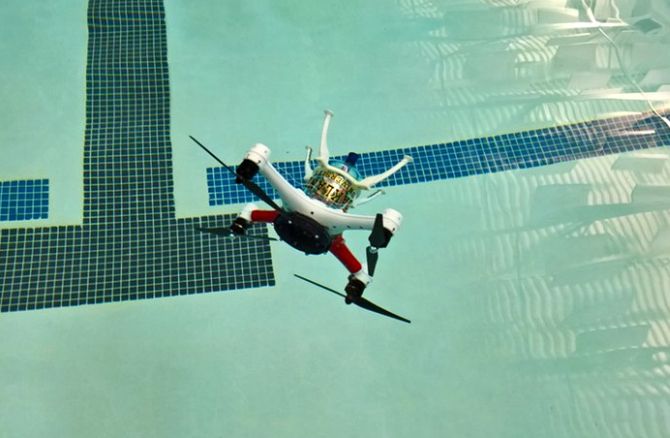 We’ve have seen various drones so far; some that can fly high in the sky and others are able to float or submerge underwater. But this amphibious drone called Loon Copter is designed to serve all purposes. Designed by a team of engineers lead by scientist Dr. Osamah Rawashdeh at Oakland University, the drone is able to float on water, or submerge underwater as comfortably as it can soar in mid-air. 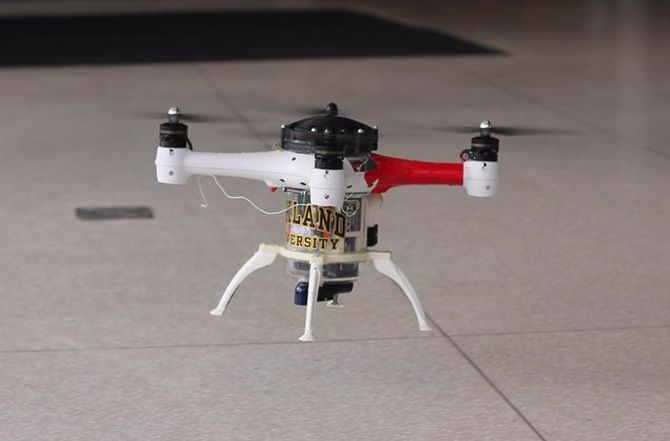 Loon Copter flies in the sky, lands and floats on water just like any other conventional quadcopter. But the real stand-out feature of the Loon is to dive underwater, the drone starts pumping water into its buoyancy chamber for sinking.

Clever design of the Loon causes it to tilt 90-degrees in water, allowing its propellers to act like outboard motors for navigation like any other subaquatic robot. Once the water is released from its buoyancy chamber, the amphibious drone floats back to the surface of water for floating or taking off to the skies again. 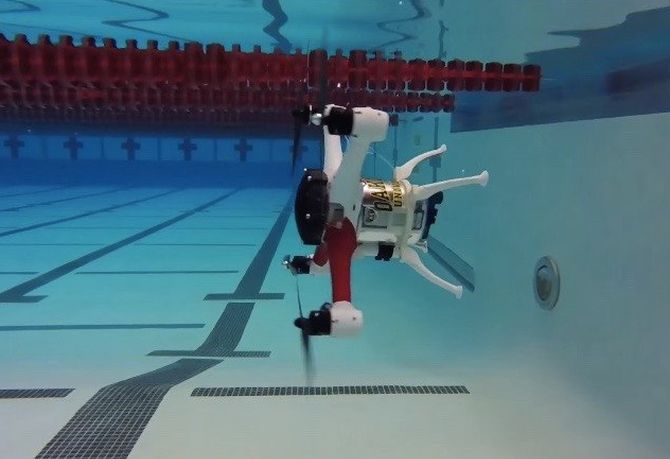 This spectacular all-in-one drone is able to record video footage and collect required data. The video and data are captured all thanks to its pre-programmed movement patterns and GPS points. However its underwater mode is limited to some extent- its built-in sensor is not able to transmit live video when submerged in water. But the drone can still record on board that you can view later, after taking it out of water. 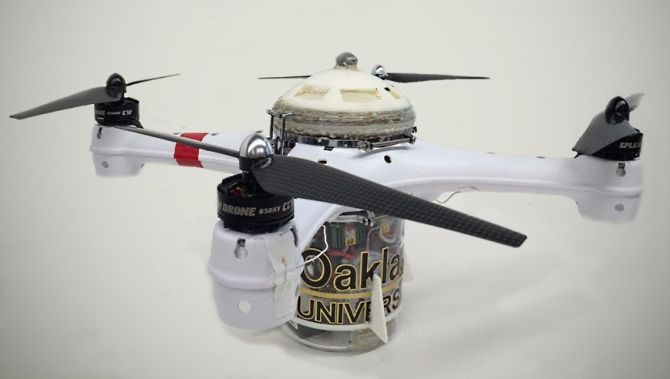 Loon Copter is indeed a great flying and floating machine for search/rescue missions, scientific studies and underwater industrial projects. Rawashdeh and his team will be one of the 10 finalists in the Drones for Good competition in Dubai, next month.

For now, you can see the Loon Copter in action in the following video.