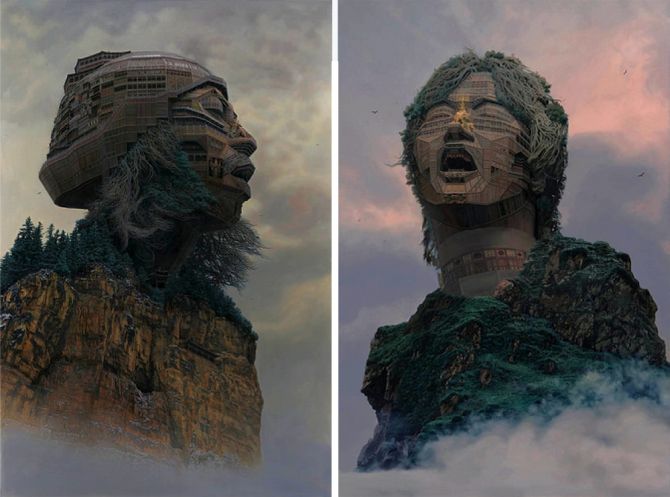 For Rock and Roll lovers, their favorite rockstars are not less than gods. Depicting the same notion through his art, Beijing-based painter DU Kun has formed portraits of Chinese rockstars as mythic temples. Being a musician himself, the painter always revered intangible aura of rock musicians. Now, he has beautifully turned his passion for rock music into the incredible series of oil painting titled ‘Revels of the Rock Gods’.

Instead of usual human portraits, Kun has depicted some of the popular Chinese musicians in form of traditional architectural monuments such as pagodas, confucian mausolea, buddhist temples, etc. Faces of the musicians appear like majestic mountains rising from the seas, roaring waterfalls, volcanic eruptions, etc. Each detail on the painting is made with fine perfection, from window-shaped eyes to waterfalls or tree branches like hair.

We’ve never thought before that devotion to rock music can be brought up in form of such divine creation in sacred land. Combining music and paining, the Revels of the Rock Gods series is a true meeting point of human form with architecture and nature.

Kun is showcasing his commendable work of art as part of his first solo show at Mizuma Art Gallery in Tokyo through February 13, 2016. If you want to have closer look at these mind-blowing creations, you must visit the art gallery. Or just have a look at the images given below. 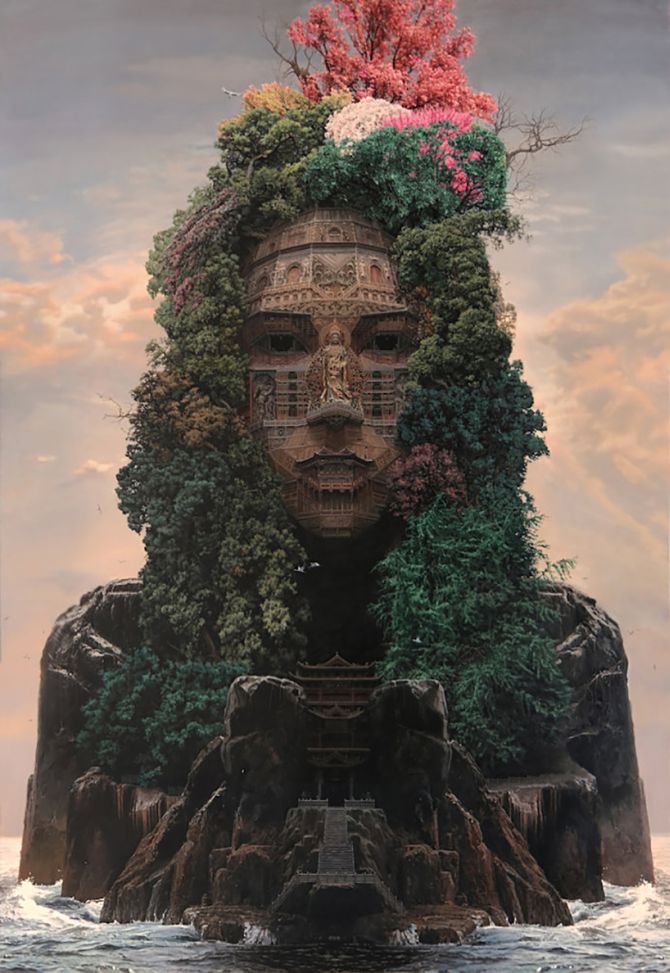 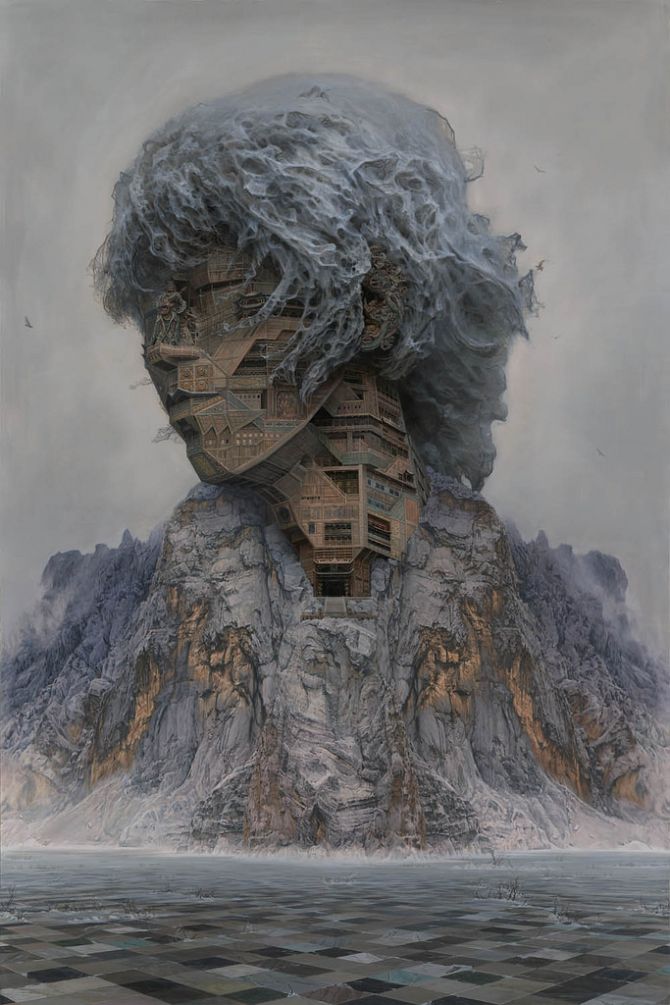 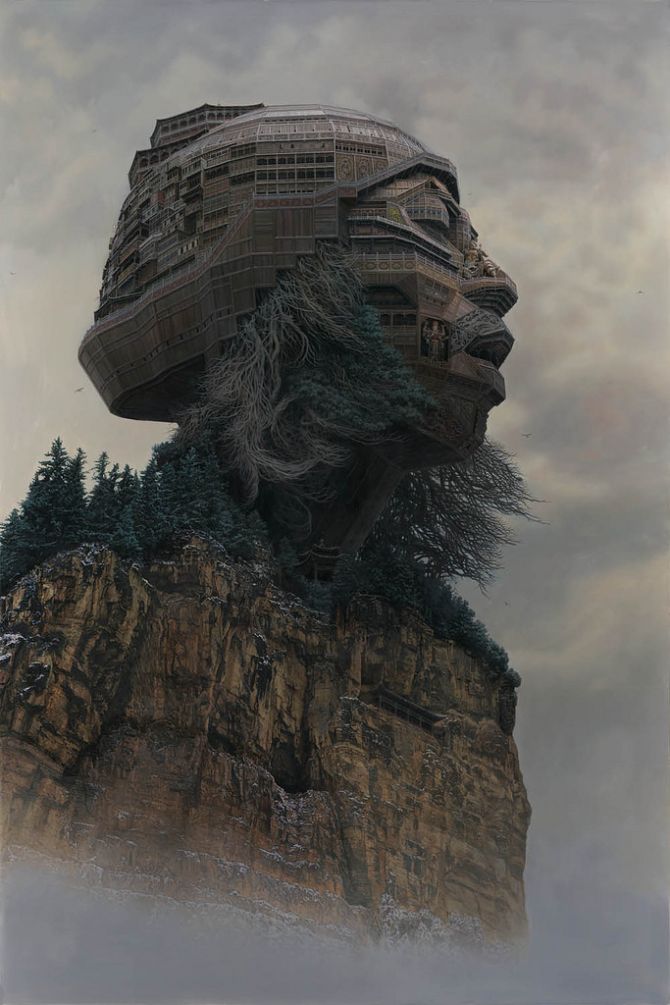 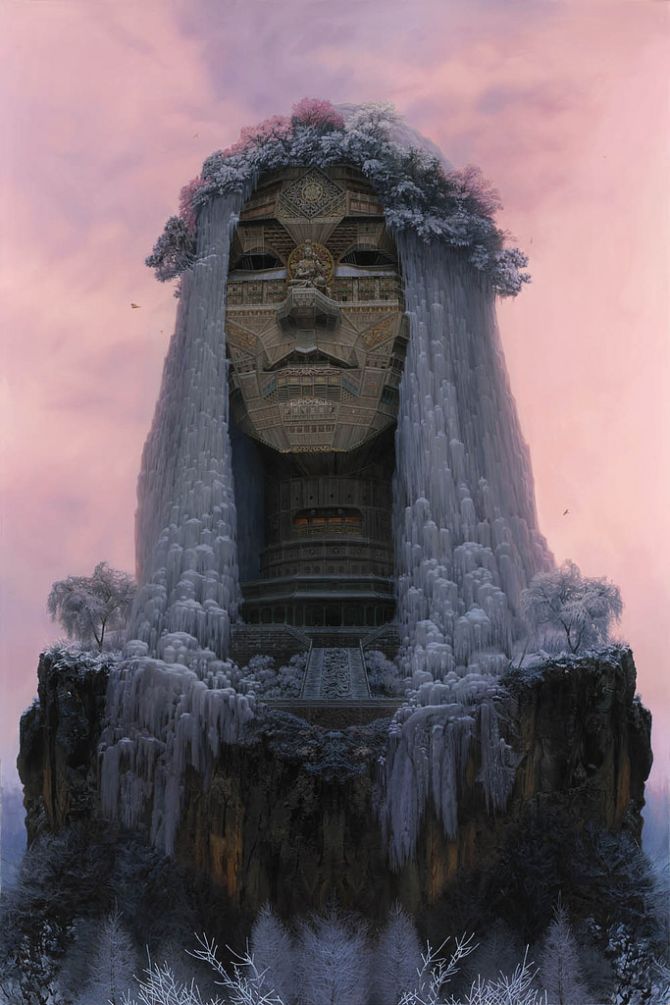 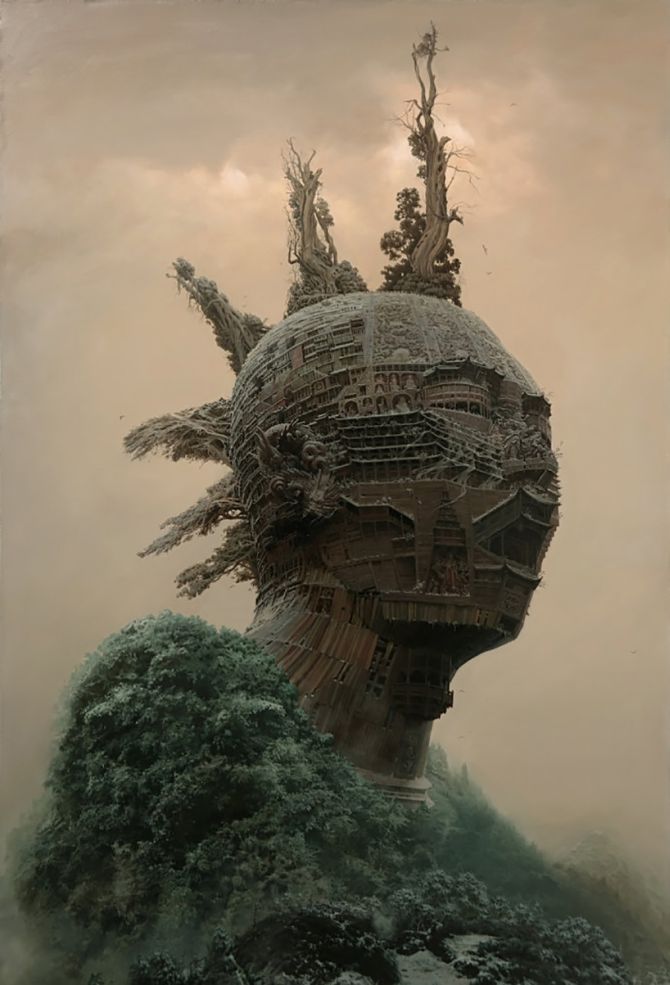 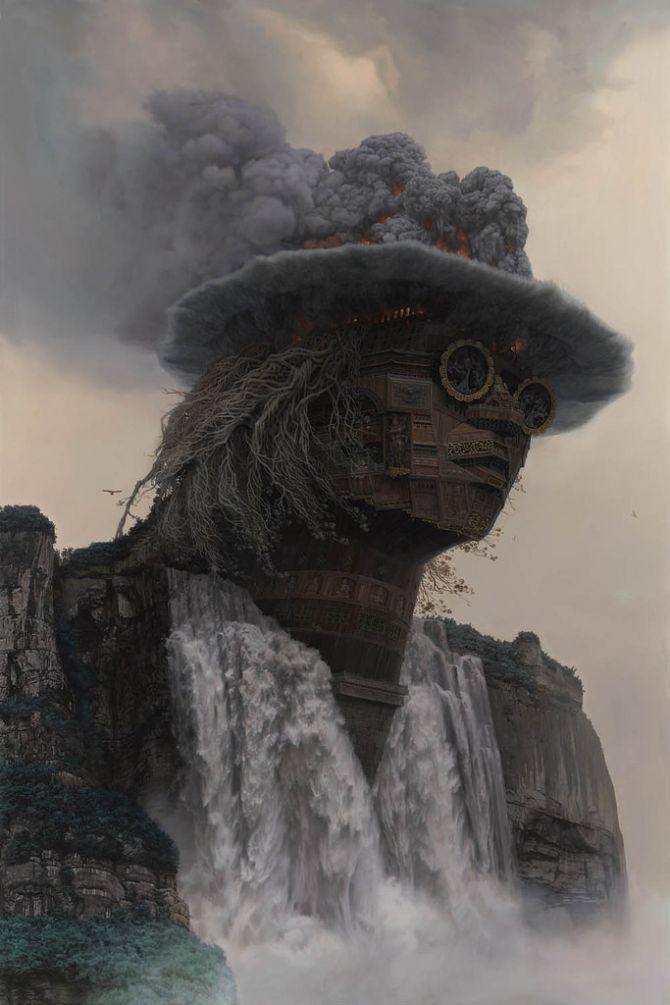 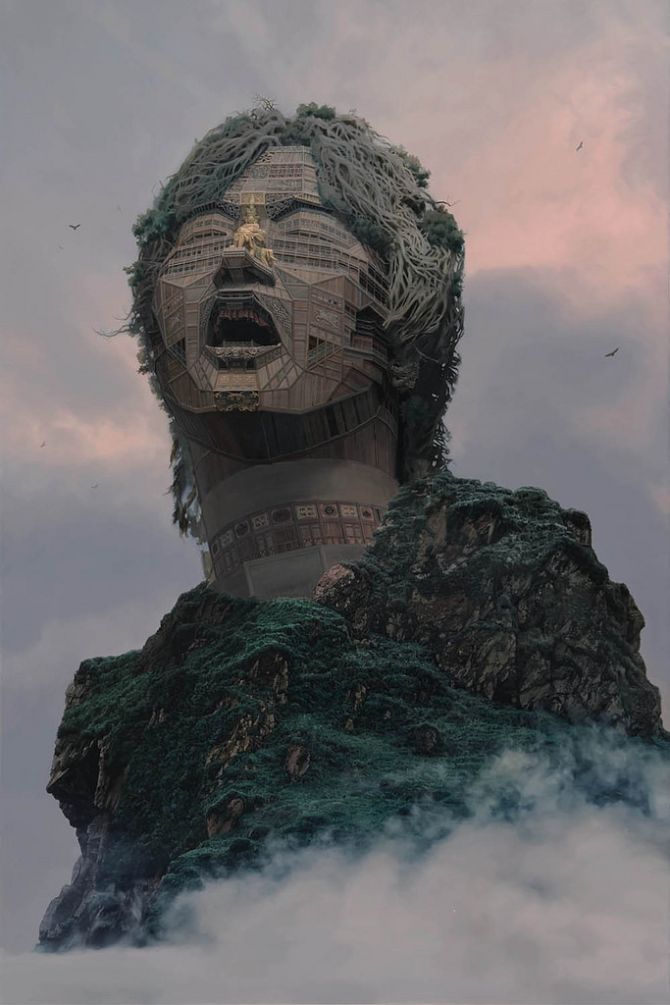 Each detail on the portraits are made with fine perfection