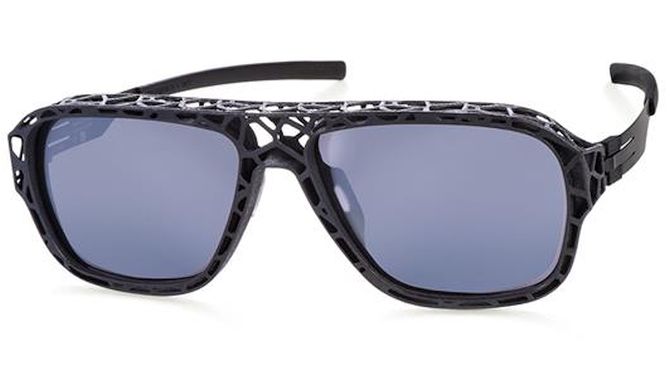 ic! Berlin, German manufacturer of high-end, handcrafted eyewear has unveiled their second series of 3D printed eyeglasses. Producing screwless glasses since 1996, a patented hinge design is utilized which makes the construction of their frames very simple avoiding use of any screws, welds or glue. Dubbed ‘I See Exoskeleton’, the light and flexible collection of sunglasses and corrective-lens glasses is made from the polyamide 3D printing material known as plotic using the SLS 3D printing technology. 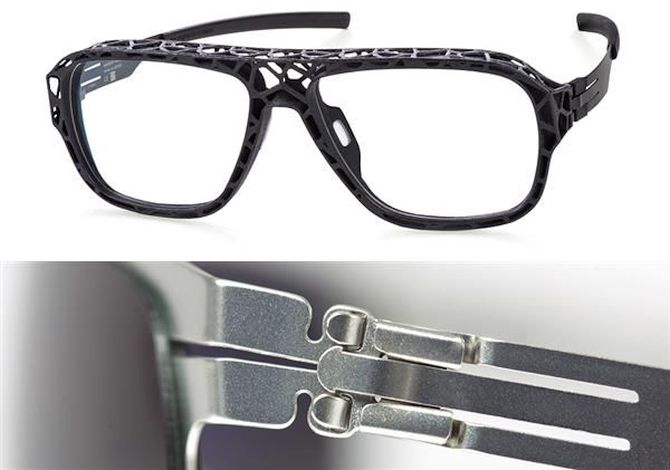 Inspired by the molecular structure of the raw 3D printing material, the plotic frames grow layer by layer. A 3D plot file of the frame is loaded into a printer and is broken down into approximately 0.1mm cross-sections. A laser tracks each cross-section onto the surface of a bed of polyamide powder, heating and fusing the particles together. As each layer is finished, the bed lowers by one layer thickness and a new layer of powder is rolled on top. The process is then repeated layer by layer until the frame is finished.

Striking the perfect balance between modern edge and day-to-day wearability, the ‘I see exoskeleton’ has its own natural joints. As the front can be 3D printed, designers are also able to print a hinge joint that doesn’t need separate brackets or clips. Now, the temple connects directly and organically to the front which forms a stronger and smoother screwless hinge. 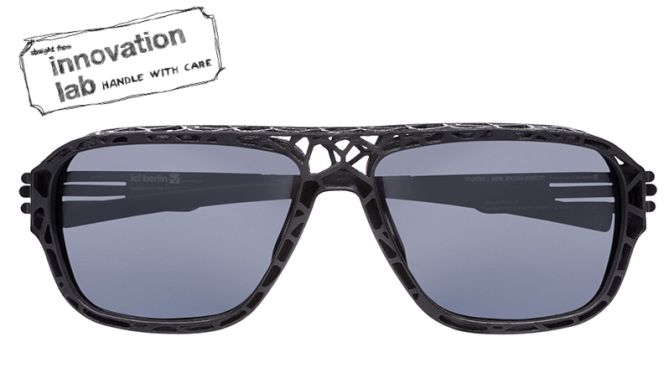 The name Exoskeleton comes from the Greek éxō meaning “outer” and skeletós meaning “skeleton”. Also, ic! Berlin claims it comes from the German Außenskelett which roughly translating to “kick-ass glasses”. The ‘I See Exoskeleton’ 3D printed eyewear collection will be available for purchase at ic! Berlin dealer from February 2016.