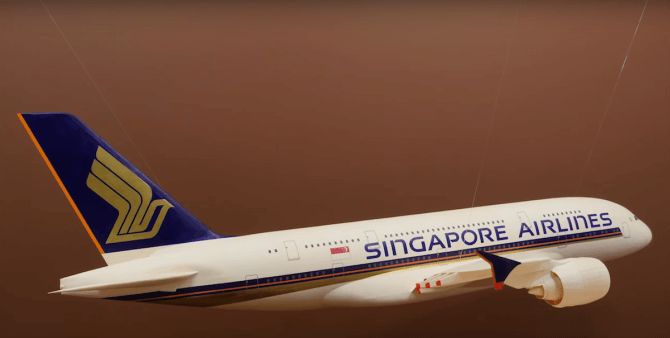 In childhood, you must have created numerous paper planes, but none of those could ever beat this highly-detailed paper model of Singapore Airlines airplane. American designer Luca Iaconi-Stewart has brilliantly managed to create paper Singapore Airlines A380 Model Plane that’s made entirely from manila folders. This project took over 3,000 hand-cut pieces from 100 manila envelopes, 1,000 hours to complete, and the seats are at a scale of 1:20. The resulting masterpiece is indeed the coolest paper-crafted airplane you’ll ever see.

With the help of tweezers and an X-Acto knife, he has shaped different printed paper pieces that are further assembled with glue. You’ll find various classes of seats (including economy, business, first, or even suites class) in this amazing paper plane. Every detail is contrived with great care and patience to add true-to-life functionality throughout the plane.

Although the plane is crafted out of paper, but the seats appear fully-functional, with sliding doors for the suite’s compartment and chairs that recline. Singapore Airlines is renowned for offering the best premiere services in the sky. So, it’s not surprising that they put great attention for their advertisements as well. May be that’s why the airlines has commissioned the artist to present the effort that goes into creating every real life SIA aircraft. We must say Iaconi-Stewart has done a pretty impressive job. 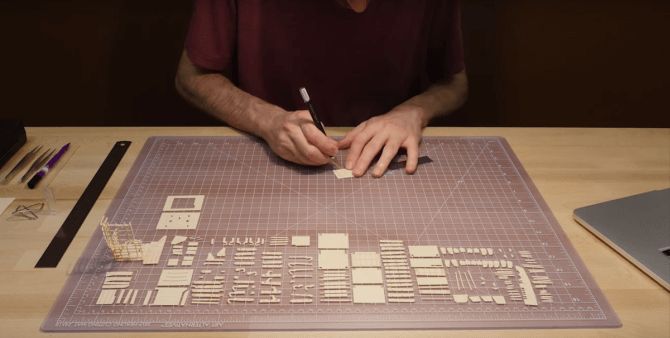 However, this is not the first plane that he has built using paper pieces. The designer has built a 1:60 scale model of a Boeing 777-300ER in 2014, using similar manila folders. According to reports, it took 10,000 hours to build that model.

Soon Iaconi-Stewart will be launching his new website, where we could find more of his paper-crafted airplanes in 2016. Until then, you can enjoy every fine detail of his work in the given videos.