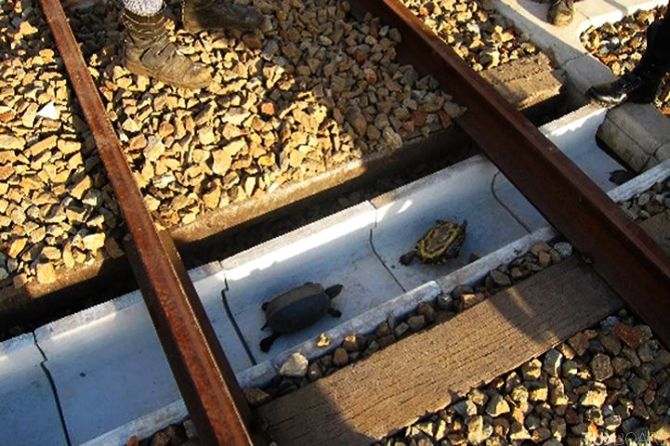 Turtles are one of the reasons to cause delays or malfunctions to the trains in Japan. Every year these slow-moving creatures are found stuck in between railway switches, while crossing the train tracks. Due to this, most of the turtles are crushes by either a train or rail switching mechanism and train passengers’ time is also wasted. But not anymore, as West Japan Railway Company has recently collaborated with the Suma Aqualife Park in Kobe to create special tunnels for these beloved reptiles, so they can safely cross the dangerous tracks.

These shallow concrete trenches are designed to pass underneath the railway tracks, providing u-shaped pathway for little chelonians to walk freely. According to The Japan Times, these tunnels are built at two stations in Nara Prefecture, close to hazardous switch points where turtles are often trapped due to uneven gaps between trails.

The tracks are nearby the aquarium and the ocean, and large number of turtles wander here during May and September. Now all thanks to these amazing tunnels, these critters can move as slowly as they want to, without risking their lives.

This brilliant tunnel system is great for not only the slow-moving lives, but also for humans who often have to wait too long in trains till these creatures try to pass the tracks. Moreover, the system is even cost effective and will not interfere with the railway in any way. The turtle crossings were formed earlier this year and localities have also noticed the few turtles using them with easy. This concept must be opted by other regions as well, where the same situation occurs. 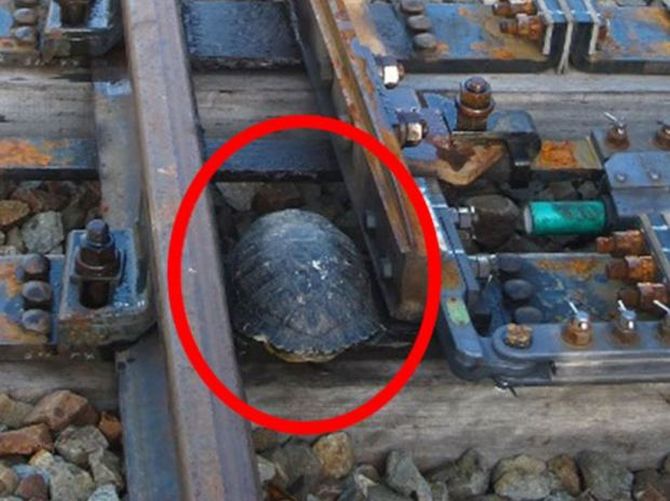