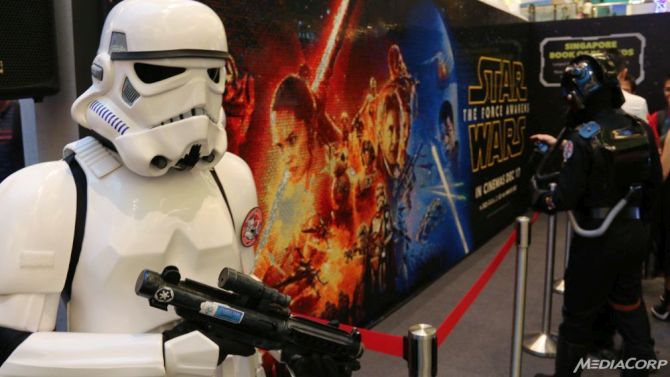 The most awaited movie of the year, Star Wars: The Force Awakens will be hitting the big screen in two weeks time. With craze of the upcoming Star Wars flick running wild among the fans, a mega exhibition was launched to celebrate the movie at VivoCity, the largest shopping complex in Singapore. The atrium event will be running from 1st to 20th December 2015 at VivoCity where fans will see Singapore’s largest wall mural made of LEGO bricks. Besides that, a larger-than-life Stormtroopers installation will be displayed along with wide range of exclusive Star Wars merchandise and collectibles.

Measuring 6.2 meters wide and 2.4 meters tall, Star Wars wall mural is made from more than 230 000 Lego brick studs. This Star Wars-themed Lego wall mural has now officially entered into the Singapore Book of Records. This impressive art piece is created by two LEGO builders who worked over 10 hours each day for a period of a month. The painting was completed during the launch event with Star Wars fans getting a chance to add the finishing blocks. 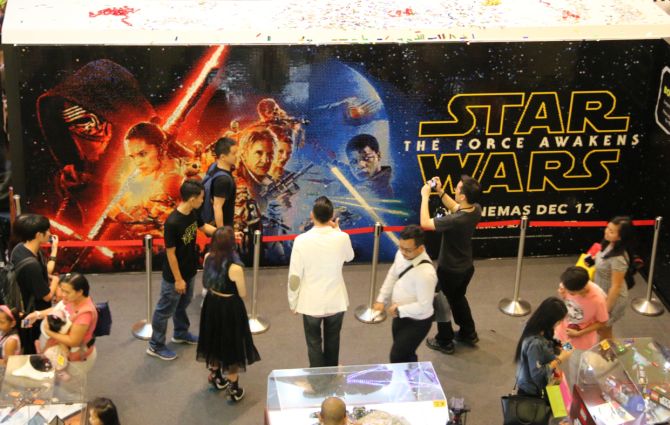 Also, fans will receive a warm welcome from ten 6-feet tall Stormtroopers standing at the main entrance of the exhibition. Well, that’s not all as there is a huge Lego Millenium Falcon up for display at the exhibition. Measuring 110cm by 85cm, this fan‐made masterpiece is created by 6 adult Lego fans from Titan Creations. Larger than the LEGO‐produced Ultimate Collector’s Series Millennium Falcon, it was build in one and a half months.

Besides that, there are over hundreds of Star Wars merchandise & memorabilia that avid fans can get their hands on. Visitors can also play the Star Wars Battlefront game at the event. Star Wars: The Force Awakens will be hitting the big screen on Dec 17, 2015. 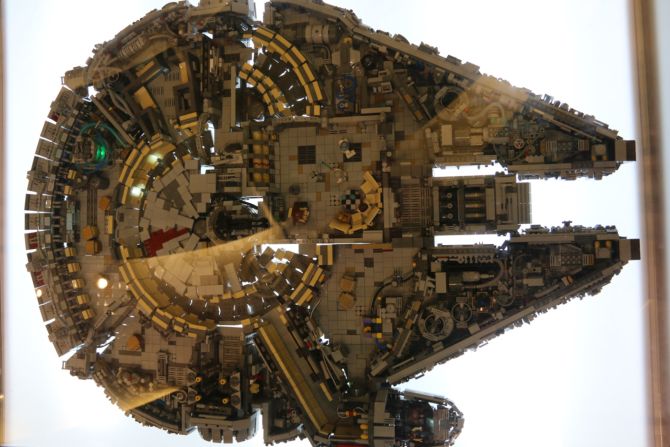