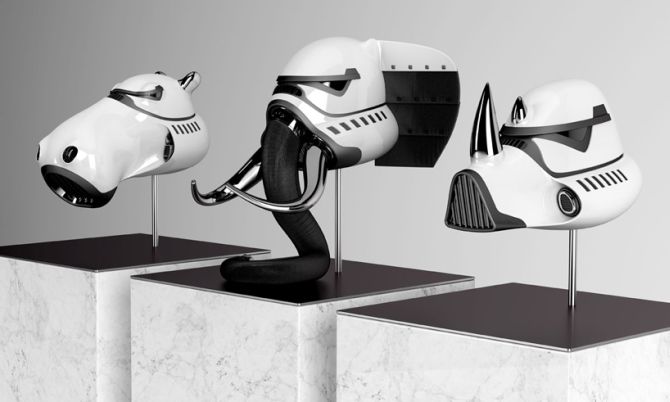 So far, Stormtrooper helmet has been recreated by various designers only for humans. But what if animals could wear these galactic Star Wars helmets? With the same fantasy in mind, New York-based artist Blank William has created a series of Star Wars’ Stormtrooper helmets in shape of African wild animals.

Entitled as The New Order, the exclusive animal-inspired collection comes in distinct black and white versions. These exclusive stormtrooper helmets are created to be worn by wild animals such as rhinos, hippopotamuses and elephants. 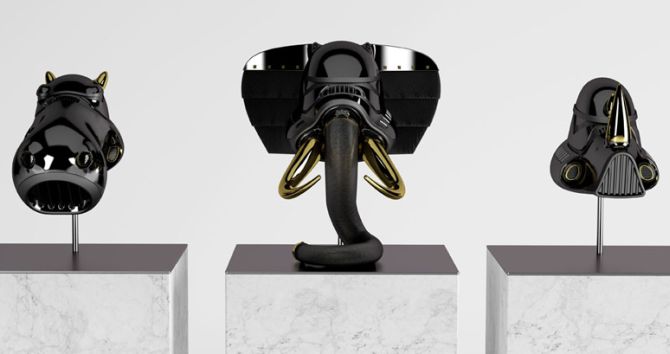 While the white version is exact replica of stormtroopers, there’s the black lineup that’s more like Darth Vader armor with a shiny, reflective surface. Unlike the original dark armor, the helmets boast golden accents to add more to the aesthetics.

On the other hand, the white line features exquisite ivory color with chrome highlights on the same parts where black version has gold. May be there are lot of Star Wars fanatics in animal kingdom for whom William has sculpted these highly stylized armors. 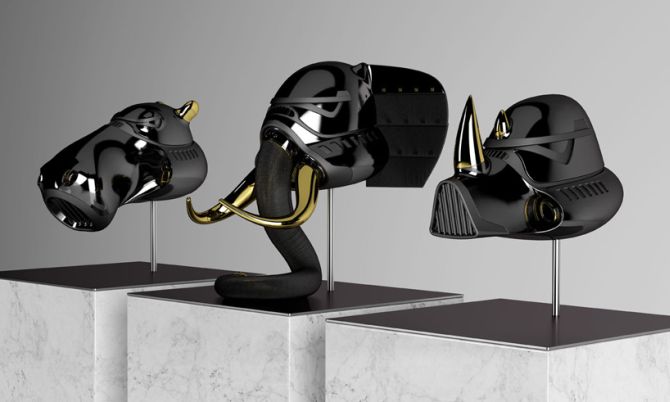 If these animals could express their feelings, they would certainly be dancing with joy after looking at these splendid Star Wars-themed helmets. Sadly animals can’t emote, so these collectibles will be adorning houses of the crazy sci-fi fanatics out there. However, there’s no word on its availability and pricing so far. But you can find out more about the collection on the designer’s official website. 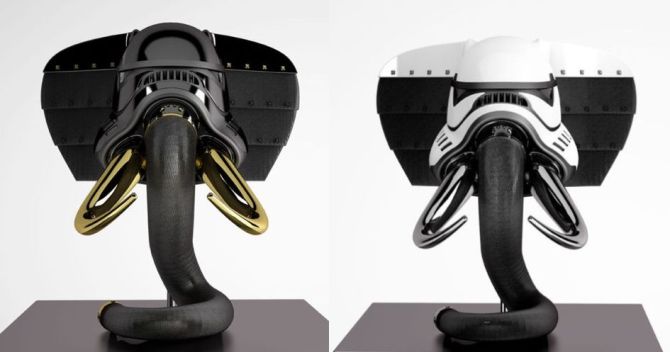 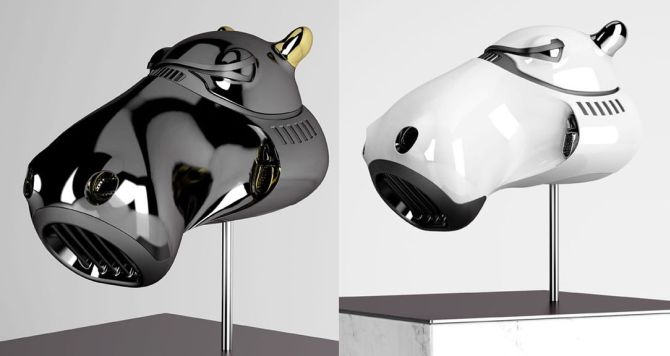 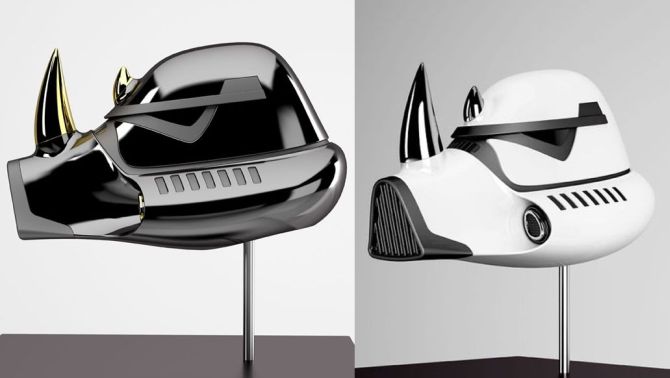