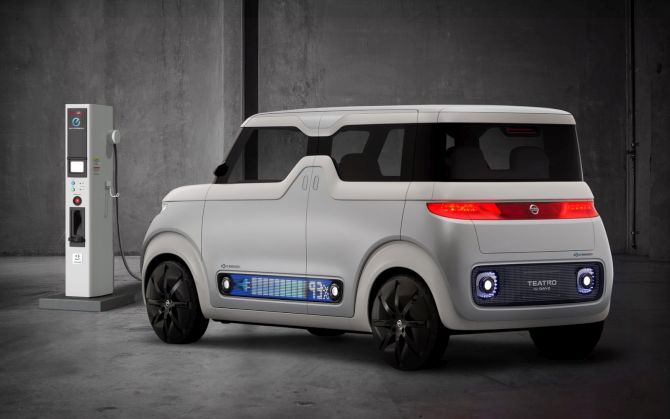 At the upcoming 2015 Tokyo Motor Show, Japanese automaker Nissan will launch its futuristic electric vehicle which is specially designed for the digital generation of today. Called Teatro for Dayz, the concept car is nothing less than a big smartphone screen which can be customized as per the needs of its passengers. According to Nissan, the EV is the first car that is specifically designed for the generation known as ‘share natives’. As this generation love to share experiences and remain connected thorough digital technology, the electric car is also designed to be a sharing platform and a connectivity device. 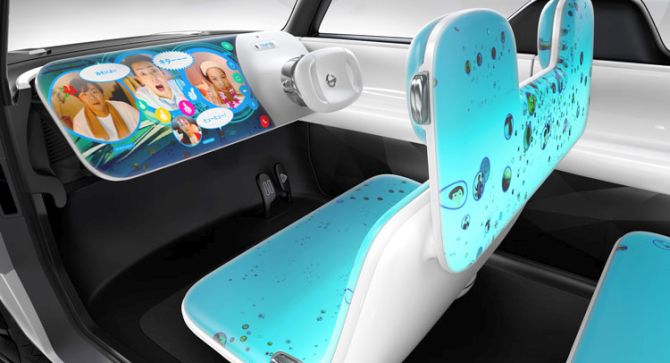 The exterior of the car is equipped with LED screens on both bumpers and the doors. EV battery levels while charging are displayed through these screens. Users can customize these panels to express themselves through dotted images and words. Although the exterior seems pretty cool, the real catch is on the inside. When in drive mode, the dashboard featuring meters, controls and maps is projected in white and black tone. However, once the car is switched to park mode, it transforms into a colorful display just like a smartphone. 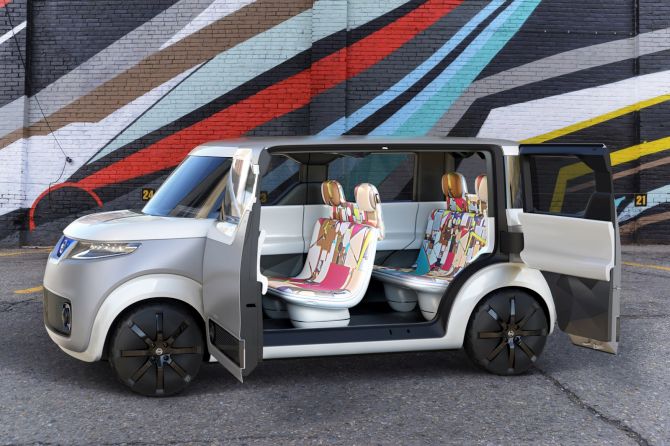 Nissan Teatro for Dayz concept car comes equipped with an onboard camera which will allow users to share a selfie or impromptu party with friends and family. Targeted to attract the young generation, Nissan believes that the concept of minicars will remind ‘share natives’ of the handy mobile devices they carry in their pockets. Also, as they are already accustomed to recharging their devices at home, EVs fit their lifestyles far better than conventional cars. 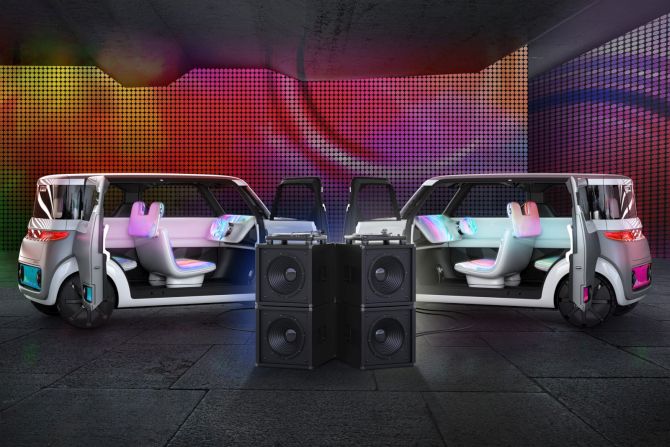 The Teatro for Dayz electric car by Nissan will make its debut at the upcoming Tokyo Motor Show which will run from October 30 through November 8, 2015.