GoPro, American manufacturer of high-definition action cameras have taken photography and videography to a whole new level. Letting adventurers capture moments of high speed action and adrenaline rush, the GoPro cameras are undoubtedly the most popular among bikers, extreme sports junkies and wanderers. Well, now the corporation is taking their innovation to a new height as they are bringing a 16-Camera Rig to the market. Named Odyssey, the camera was specifically built as a part of Google’s 3D, 360° virtual reality Jump platform. The massive 16-camera virtual reality rig was unveiled by GoPro at Google’s I/O conference little while back.

Priced at $15,000, the Odyssey camera by GoPro is equipped with 16 GoPro Hero4 Black cameras completely packed with custom firmware. Besides that, it will come with 6 array backpacks with syncing cables and a microphone. The package will include a custom-built Pelican case too. Using a Jump Assembler as called by Google, the harmonized video is compiled into a stereoscopic VR video ready to be viewed on VR headsets or YouTube. 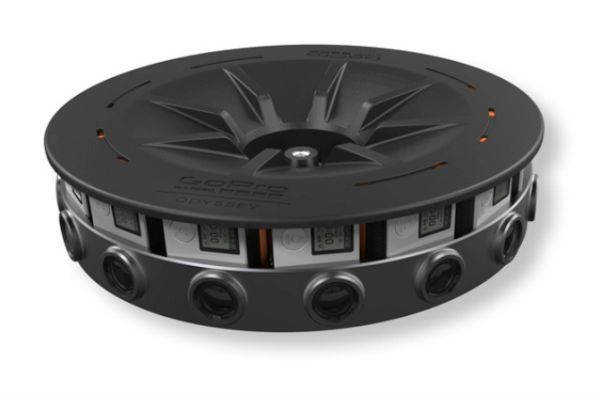 Currently, GoPro and Google are offering limited purchase availability of the Odyssey camera. They are accepting applications but only selected people will be able to get their hands on the device. If you are interested to get one for yourself, you can apply for the Odyssey Limited Access Program. Google through their Jump platform is giving opportunity to companies to build their own 16-camera rig and assemble their own software.