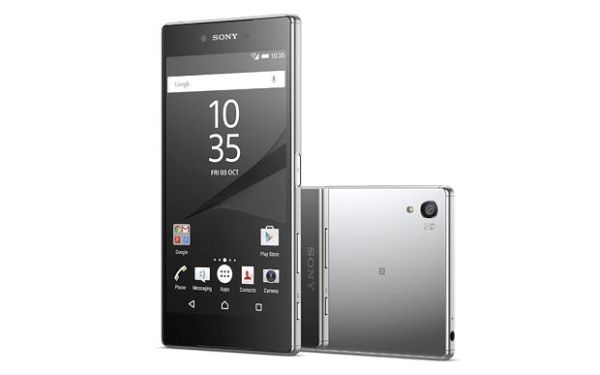 IFA, world’s leading trade show for consumer electronics and home appliances is about to kick-off in Berlin from September 4, 2015. However, the press conferences have already started from today, which is how we are able to bring you the major announcement of the day. Sony, Japanese mobile phone manufacturing company has unveiled the world’s first 4K smartphone at the tech event. Called Xperia Z5 Premium, the smartphone comes with 5.5-inch 4K “Ultra HD” screen having a 3,840 x 2,160px resolution, which is four times the resolution of Full HD. It has a pixel density of 806 pixels per inch (ppi) so that you can enjoy crystal clear 4K videos on YouTube and Netflix.

The Sony Xperia Z5 Premium smartphone packs a 23-megapixel, 1/2.3” Exmor RS for mobile image sensor which ensures smooth, clear capturing with true-to-life details. The camera comes with world’s fastest focus time of 0.03 seconds along with 5 x Clear Image Zoom and improved Intelligent Active Mode and SteadyShot technology. ISO for videos is 3,200, and for photos it goes up to 12,800. The smartphone boasts a 5MP front camera with an Exmor R sensor for selfies.

Measuring 154.4 x 76.0 x 7.8 mm and weighing 180gms, the smartphone is powered by Qualcomm Snapdragon 810 processor and comes with 3GB of RAM. It runs on Android 5.1 and has 32GB internal memory which can be extended up to 200GB with a microSD™ card. The company claims battery life of up to two days from its high-capacity 3430 mAh battery. Xperia Z5 Premium smartphone carries a rating of IP65 and IP68 which ensures the highest level of waterproofing and dust resistance.
Sony Xperia Z5 Premium is one of the models from the new lineup of smartphones unveiled by the company. Other two models are the Xperia Z5 and Xperia Z5 Compact. These variants along with Sony Xperia Z5 Premium will be launched worldwide in November. For now, you can get your hands on the smartphone at the IFA 2015 in Berlin.