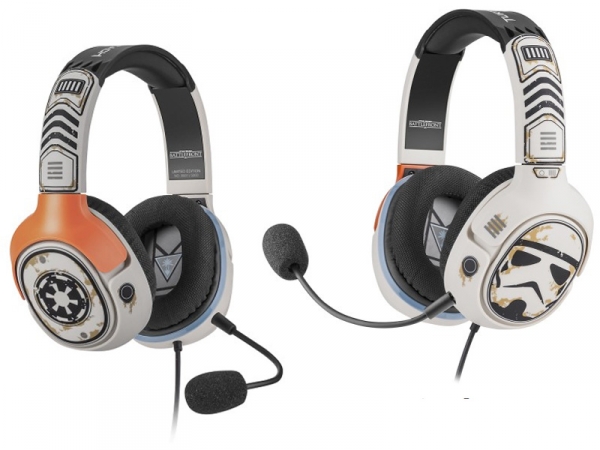 While the latest Star Wars Battlefront is all set to be released on November 17, many designers are coming up with various merchandise and accessories related to the sci-fi flick. Likewise, renowned gaming peripheral giant Turtle Beach has also revealed their limited edition Sandtrooper-inspired gaming headset for the upcoming seventh film. 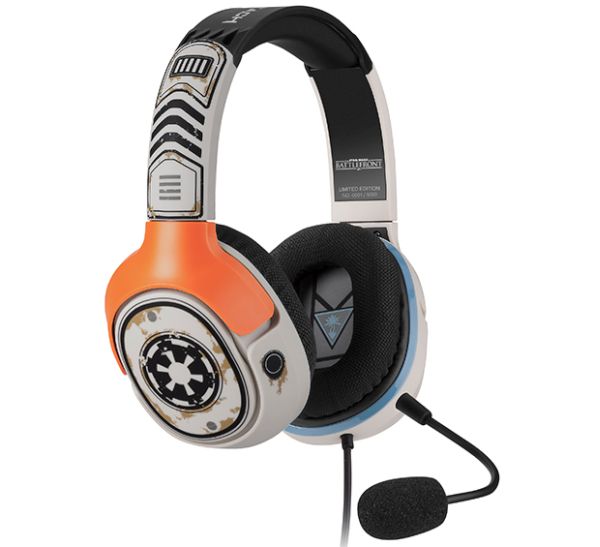 In collaboration with Lucasfilm, Turtle Beach has created the chic headset featuring Sandtrooper helmet and also has the signature orange-colored shoulder pauldron that the robot wear in the Star Wars: A New Hope. To represent the desert sand of Tatoonie, few dirt marks are also designed on the headset.

The headset is designed to provide extra comfort to the user, so it has soft foam padding, removable high-sensitivity boom mic and 50mm speakers. The best thing about the headset is that it’s compatible with PS4, PC, XBox One and even your mobile devices.

Apart from this device, a limited edition headset is also created with Star Wars: Battlefront logo on its side. Both these headsets are one-of-a-kind with chic robotic touch, moreover there speaker plates can be replaced with other Star Wars characters to give new look to the same design.

Standard version of the Sandtrooper headset will be available in UK (£70), Australia (AUD $169) and selected regions across Europe for € 99. Whereas, the limited edition version will be released only at Best Buy in US for $99.

Before this, I’ve acquainted you with Darth Vader-inspired PS4 that will also be available at the time of the release of the most awaited Star Wars movie. With the launch of these cool Star Wars-themed gizmos, it’s clear people are too excited about the forthcoming movie that designers have already started creating objects associated with it.