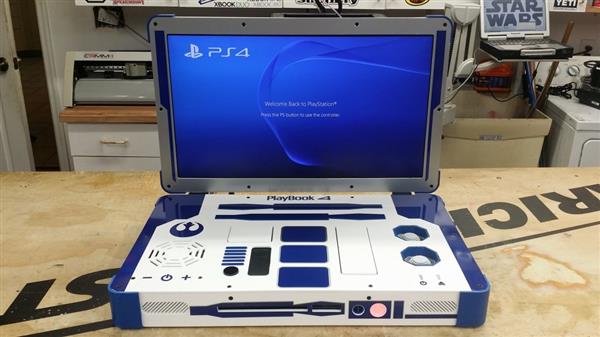 Do you love playing games on your PlayStation 4, but bored with its tedious exterior? If you’re Star Wars fan, then you’ll surely love the latest makeover of PS4 in Artoo-style. Designed by Eddie Zarick, Florida-based designer from EdsJunk, the R2-D2 themed PlayStation or PlayBox 4 is created by cleverly placing PS4 into laptop-like case with 22-inch screen, giving whole new dimension to video game console.

Zarick has 3D printed most of its parts including vents, colored corners, accents and few decorative units. He found certain 3D printable models on Astromech website, which is well-known for manufacturing R2-D2. Besides 3D printed parts, laser-cut acrylic (created in the designer’s own shop) is also used to form main parts of the exterior. 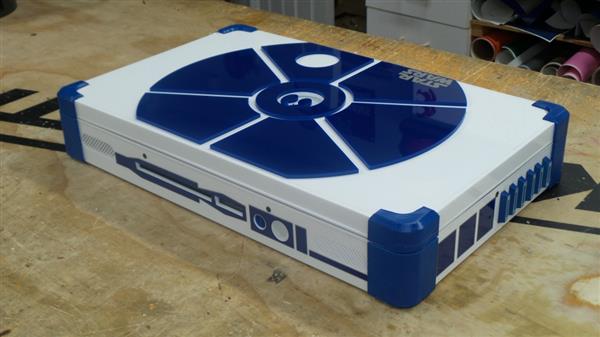 All these 3D printed as well as acrylic units are essential to hold most of the electronics in place, so that no disturbance is faced by players. The final layout out of the PlayBook 4 seems like a personal gadget of actual R2-D2 from Star Wars.

The R2-D2 version of the PlayBook 4 features real sound effects from the sci-fi movie itself. Moreover, red and blue lights (just like on the original R2-D2) are also integrated into the modified console. These lights changes colors frequenntly when the PlayBook 4 is turned on, while users are playing their favorite Star Wars games on it. 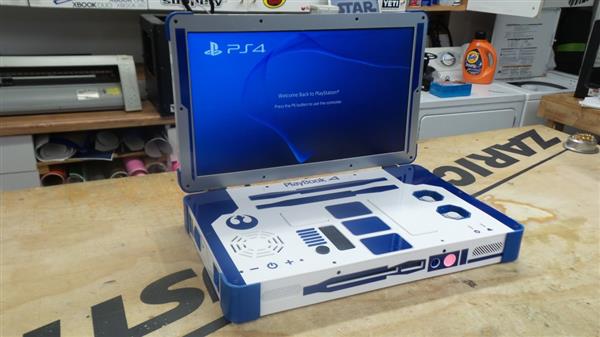 Isn’t it the coolest PlayStation so far? We’re not sure Zarick is planning to sell it or not, but you can contact him on his official website for commission. For now, you can catch this R2-D2 themed Playbook 4 in action in the video given below.