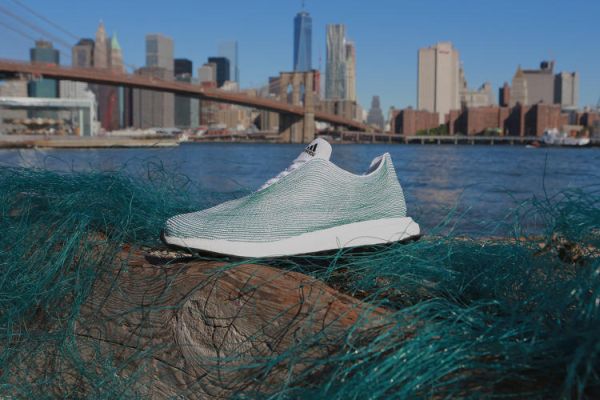 There are number of organizations that have come up in recent times to create awareness about marine pollution. The latest to join the initiative is Adidas, German manufacturer of sports shoes, clothing and accessories. In an innovative attempt to support the initiative and recycle the ocean’s waste, the brand has created a pair of running shoes from recycled plastic ocean waste. The eco-friendly sneaker was created by Adidas in collaboration with Parley for the Oceans, an environmental organization dedicated to raise awareness for our oceans and to start projects that can end their destruction. The project was revealed last week by the two organizations at an event hosted by the United Nations in New York. 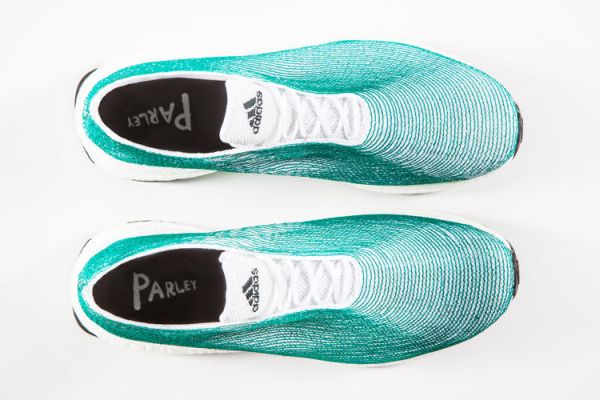 The upper of the shoe is made entirely from recycled ocean waste and illegal fishing nets. These gillnets were seized by Sea Shepherd, a conservation group of activists and partner of Parley for the Oceans. The group tracked an illegal poaching vessel over a period of three months before catching it off the coast of West Africa to retrieve the illegal gillnets.

As per now, the shoe crafted out of reclaimed and recycled ocean waste has not been given any name. According to Adidas, the technique used in the manufacturing process is zero-waste, same as used in creating the Adidas Primeknit shoe. Sadly, the German sportswear brand has no plans of mass producing the concept shoe. However, along with Parley for the Oceans, Adidas will be releasing a line of shoes made using recycled plastic later this year.