You must have seen lots of incredible artwork from artists all around the world, but the one we are showing you today will blow your mind, and I mean literally!

Princess Tarinan von Anhalt, a Florida-based artist create amazing one-of-a-kind artwork by tossing paint into the air and letting the jet blast from the stationary aircraft splatter the colors onto a canvas. 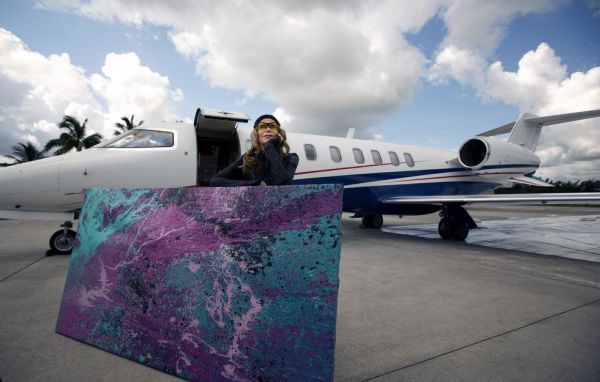 Jet Art was invented by her late husband Prince Jurgen von Anhalt in 1982. After his death, this unique paint artwork was taken forward by Tarinan who has been using the Jet Art technique since 2006 to create unique paint patterns on denim. 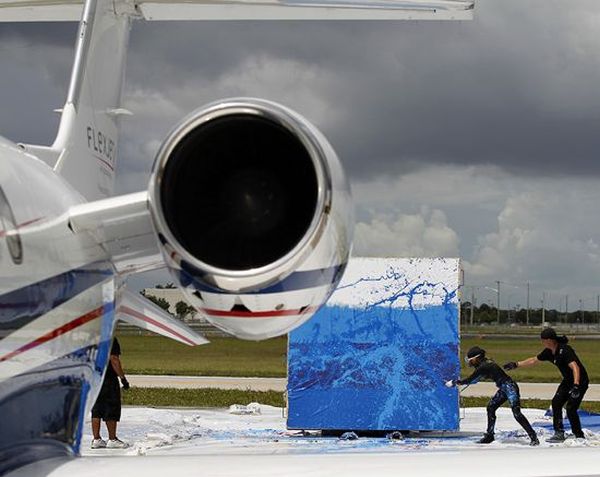 To create these beautiful masterpieces, the artist stands between the jet and the canvas and then tosses bottles and cans of paint into a force many times greater than hurricane winds. The process is not as simple as it sounds as various factors are involved such as wind, velocity, temperature, density of paint and the precise timing. Coordination with the pilot of the aircraft is also important so enough amount of engine thrust is used. 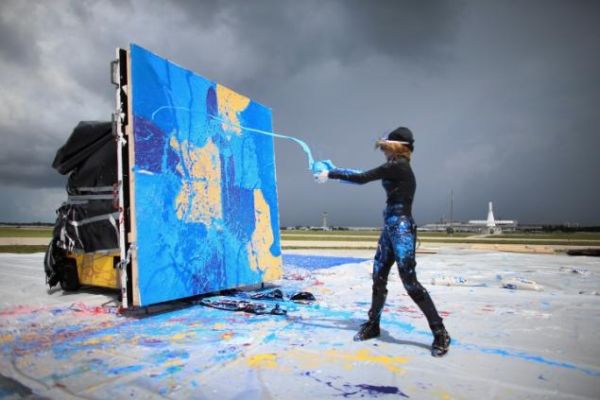 Jet Art by Tarinan von Anhalt is very popular among the riches and celebrities. Recently the artist demonstrated her artwork at the 50th anniversary celebration of a private jet company Learjet. 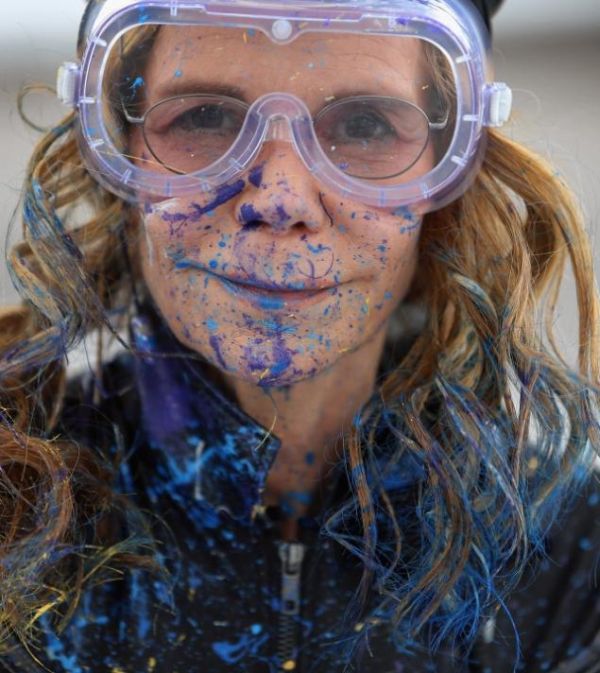