Marauder, the World’s Toughest Vehicle produced by Paramount Group in South Africa since 2007 has been treated with a Couture Fashion Makeover in Abu Dhabi, United Arab Emirates.

Marauder which has snatched the title of world’s toughest vehicle from Hummer at BBC television show Top Gear gets the bling makeover in response to growing public interest from all over the world for a customized consumer friendly version. 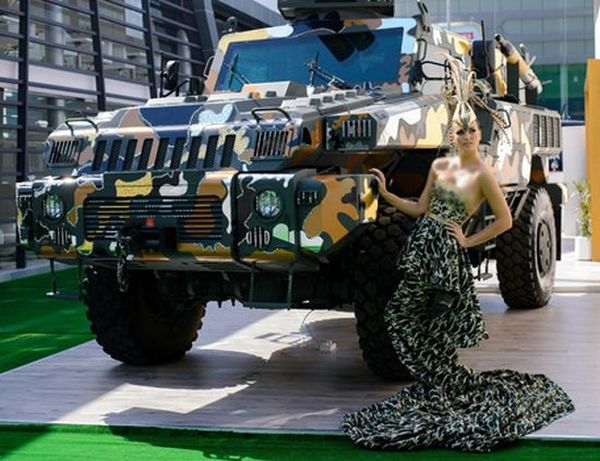 The 16 tonne armored and mine-protected vehicle received the makeover by renowned South African fashion designer Gavin Rajah who is a Unicef Goodwill Ambassador and couture designer to the stars such as Naomi Campbell, Beyonce, Cameron Diaz and Tina Turner. 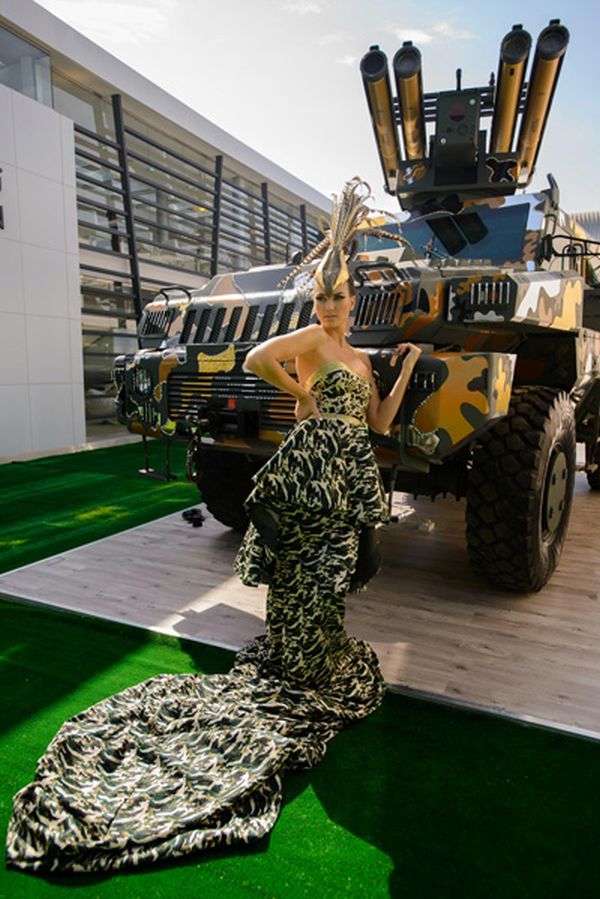 The vehicle is encrusted with thousands of Swarovski crystals and gold and bronze and also features bronze and chrome colored camouflage. It was unveiled in front of thousands of people during the International Defense Exhibition (IDEX) in Abu Dhabi. 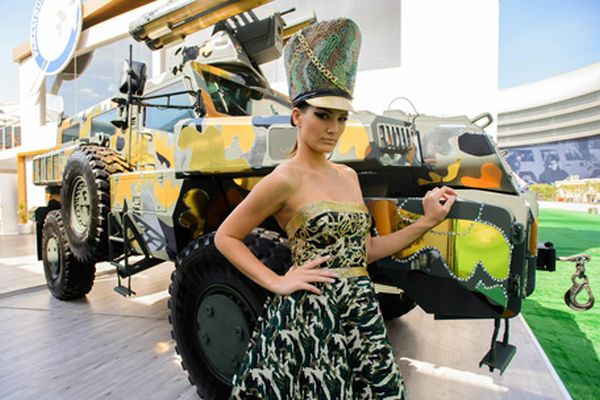 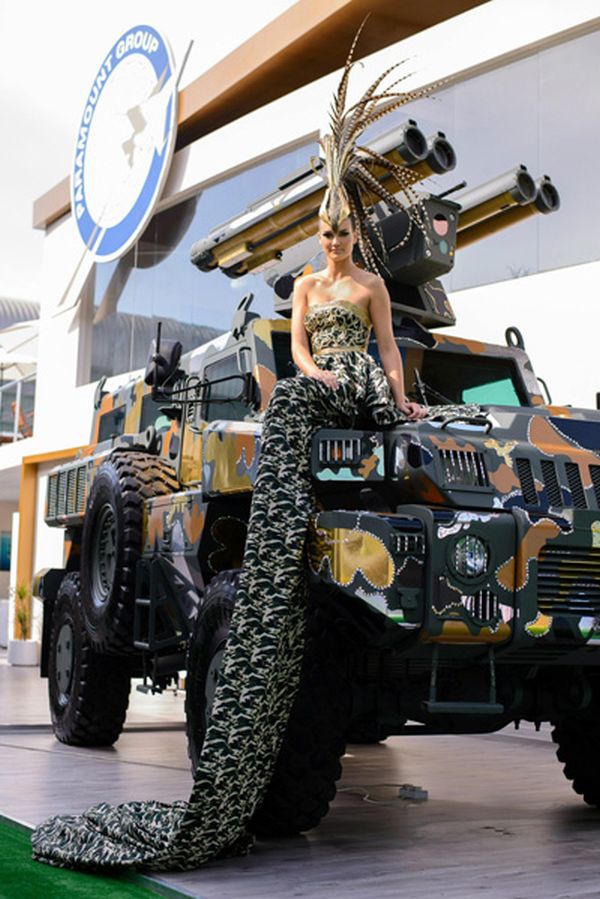 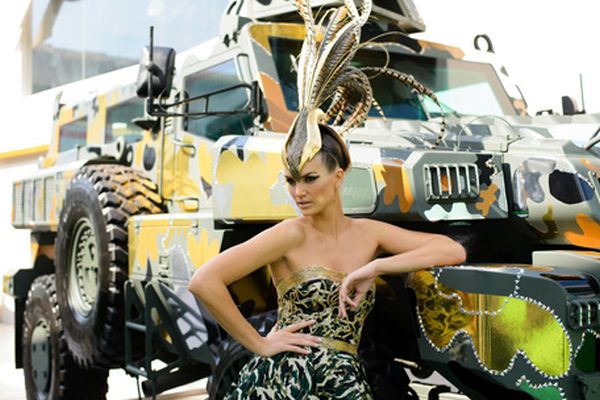 Marauder gets a Couture Fashion Makeover