To fight against the reigning government of President Bashar al-Assad, Syrian rebels have added a new weapon to their arsenal in the form of a homemade tank built from scraped auto parts.

Dubbed as Sham II, the tank was built in less than a month’s time by using chassis of an old diesel car and restored auto parts from a junkyard. It features a roof-mounted machine gun which is controlled, aimed and fired by a Sony Playstation gaming console. 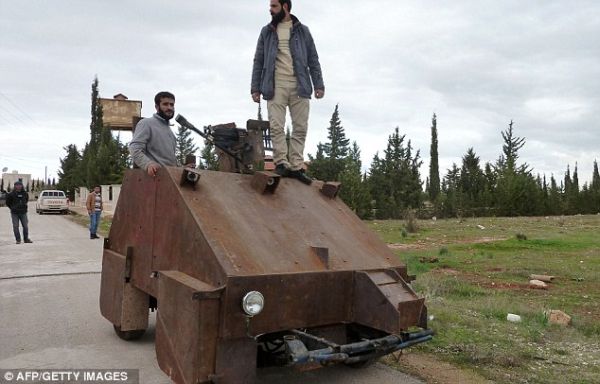 The four meter long and two meter wide tank is made from steel and the metal walls are 2.5 centimeters thick capable of surviving a 23 mm cannon fire. Two people can sit inside the vehicle facing the wall mounted LCD display which brings the pictures to the pilot from five different cameras.

This home built tank costs about $10,000 and right now is making its journey towards the city of Aleppo to stand against the deadly weapons like the Russian-built T-72 tanks used by Assad’s government. 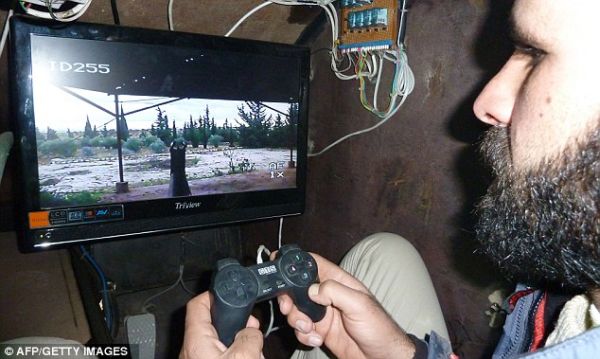 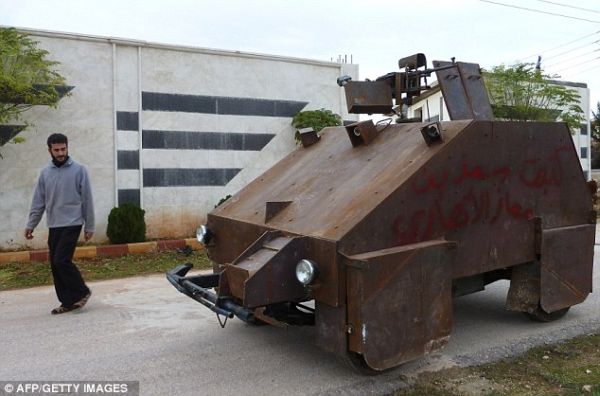