London-based designer Andy Martin has designed a concept road bicycle in collaboration with one of the world’s famous furniture company Thonet.

The frame of this sleek road bicycle is made out of beech wood, using the steam bending process of the company which was developed back in the 1930s to make Thonet chairs. According to Andy the challenge was to combine a 21st century bicycle with highly complex engineering to a low tech process of steam bending. 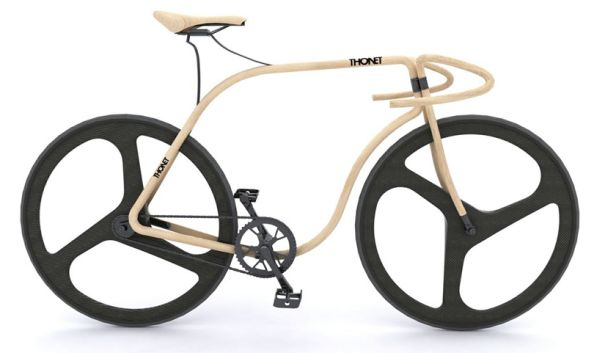 The final design was selected out of three designs because of its artistic beauty and modest connection with the heritage of the company. 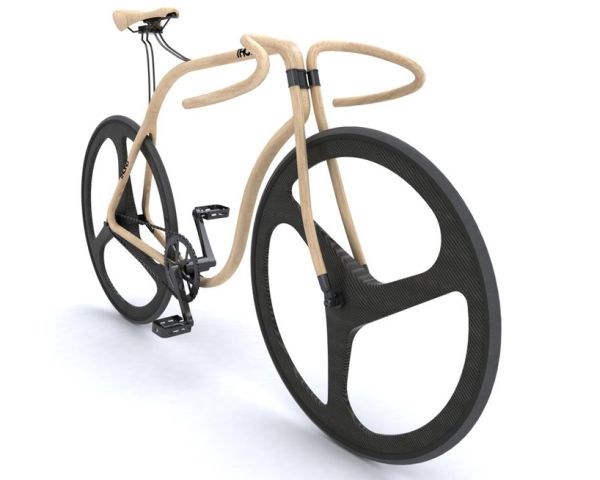 The seat is also made from solid beech wood supported on a spring rod supports. The bike has no brakes and comes with several interchangeable gear ratios. The wheels are carbon fiber HED H3’s which are not designed by Martin. 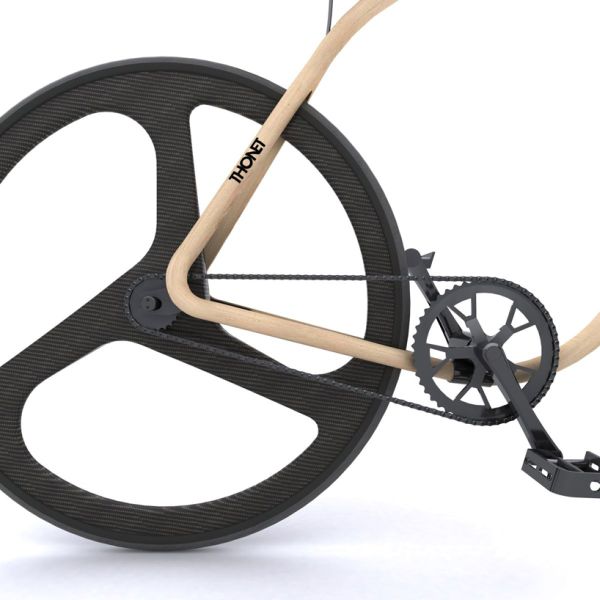 The Thonet Bike by Andy Martin will be available in limited edition through Andy Martin Studio at a price of £43,000. 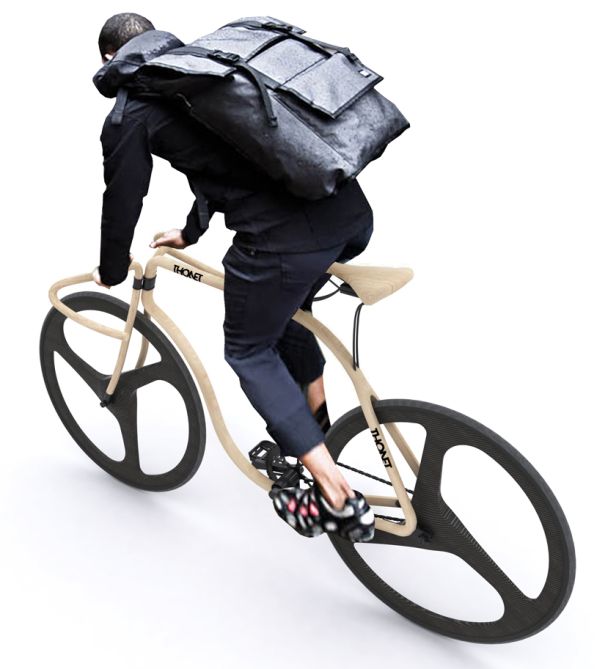