A young designer from United Kingdom, Debbie Wingham has unveiled a diamond studded black dress which according to the World Record Academy has set the world record for the Most Expensive Dress.

The dress valued at 3.5 million pounds is encrusted with 50 two carat black diamonds and was presented before Ukrainian journalists in Fairmont Grand Hotel Kyiv. The World’s Most Expensive Dress weighs 14 pounds and is made of semitransparent fabric. 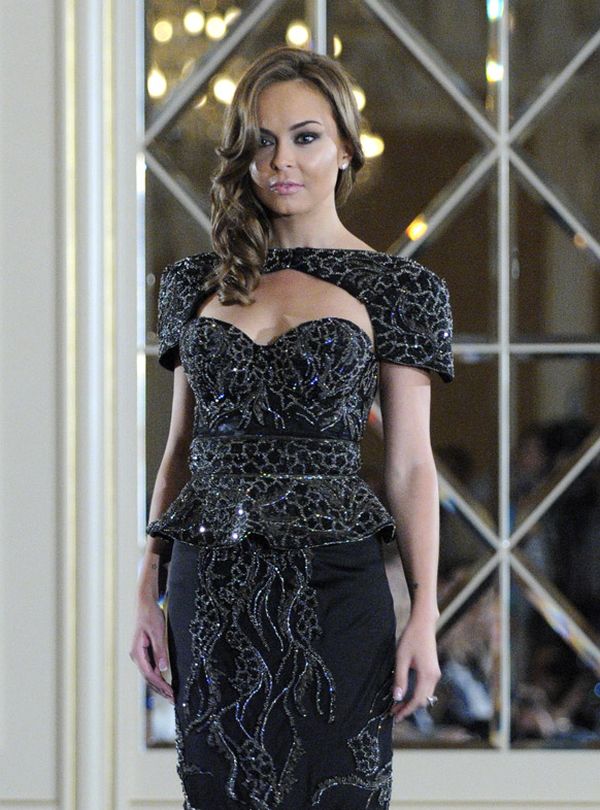 25 black diamonds are decorated on the basque, 25 diamonds on the bolero at the shoulder line and the fringe is decorated with white diamonds framed in gold.

The designer considered it to be the first step to her new collection of jeans, which will be also feature diamonds. No one owns this dress right now but it will be on sale as soon as it hit the stores.