About a month ago a bike enthusiast Tung Lam from Vietnam posted a video on YouTube of himself riding his homemade prototype of a Batpod which he has named the “Vietnamese Dark Knight”. The video went viral and just after 10 days it received about 370,000 views in spite of the fact that the BatPod was still incomplete.

Now just after a month later after the first video was released, the young mechanic posted another video a few days back and it seems like the scrap part built Batpod bike is complete and fully functional. 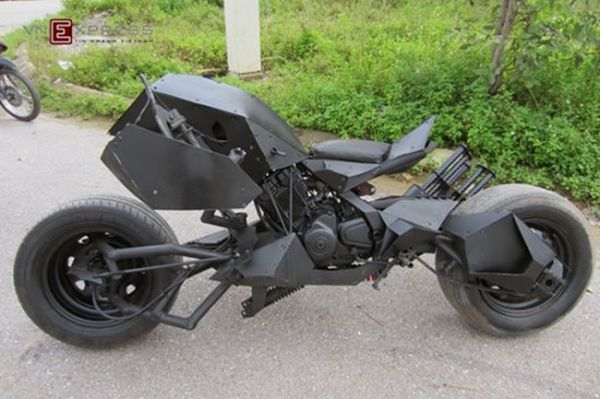 The “Vietnamese Dark Knight” bike is made by using a modified Suzuki FX 125 which costs him about $143, two used car tires which he bought for $39. It is not clear that how much time was taken to build the bike, however the whole bike is estimated to cost around $480. Originally this replica of Batpod was built by Lam for the  advertisement for his car shop and now after receiving such a huge reception he is planning to sell it to one of the Batman fans and invest the money for his next project which will be a Batman Tumbler. 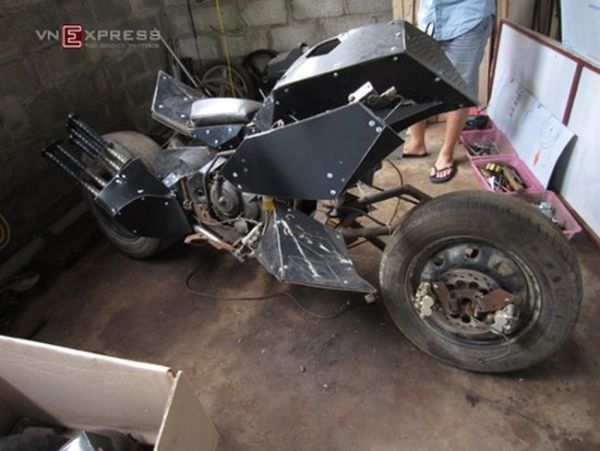 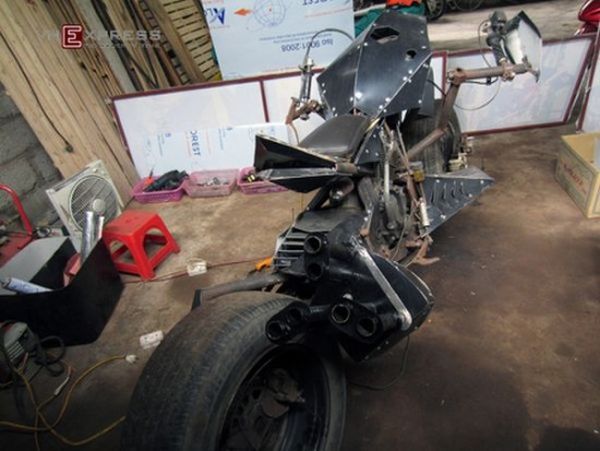 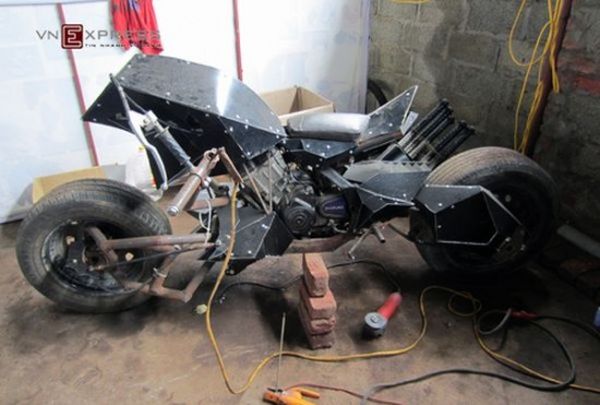