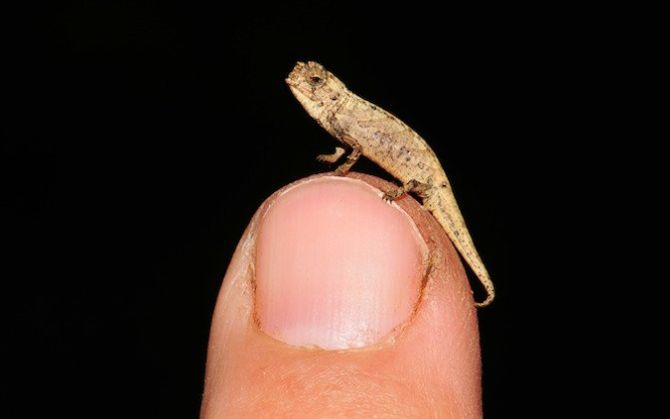 Although, humankind has populated all corners of Earth, there is a lot to discover about our planet and other species living here. Talking about finding new species, a team of scientists recently discovered a seed-sized subspecies of chameleon. Well, the interesting thing is that it is believed to be the smallest reptile on earth. The tiny animal was found in northern Madagascar and is called Brookesia nana or nano-chameleon.

A German-Madagascan expedition team is behind the discovery of the world’s smallest reptile. However, just two of these tiny creatures were found, one male and one female. Interestingly, the male is smaller in size with a body of just 13.5mm. Its overall length from nose to tail is 22mm only. Thus, according to Munich-based Bavarian State collection of Zoology, the size of male nano-chameleon makes it the smallest reptile among 11,500 known species of reptiles. 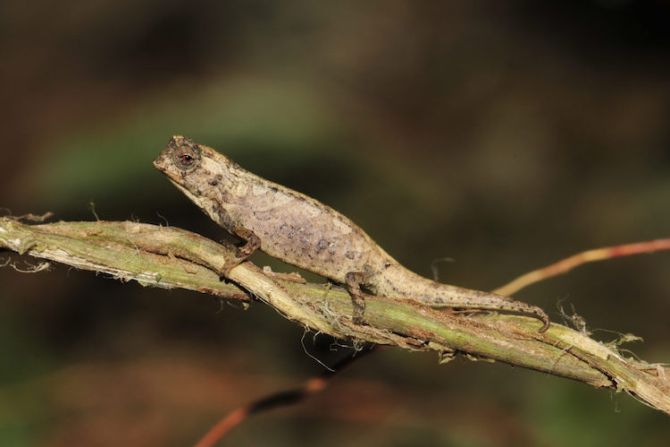 On the other hand, the female nano-chameleon is considerably bigger from the male with an overall length of 29mm. The researchers were unable to find any more specimens of these tiny lizards for comparison despite great efforts. Unlike other tiny chameleon species who prefer safety of trees, these hides from predators in blades of grass. Also, they hunt for mites on the rainforest floor. 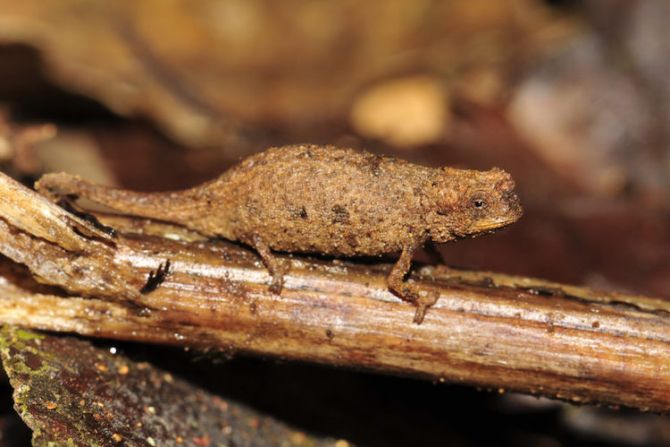 Unfortunately, the habitat of the world’s smallest reptile has been threatened by deforestation. Well, it was placed under protection a while back which seems to be a good sign for the nano-chameleon. To protect its habitat, scientists have also recommended that the chameleon should be listed as critically endangered in the International Union for Conservation of Nature’s (IUCN) Red List of Threatened Species.

Before the discovery of the Brookesia nana species, the world’s smallest reptile was the Brookesia tuberculata, a leaf chameleon also from northern Madagascar. 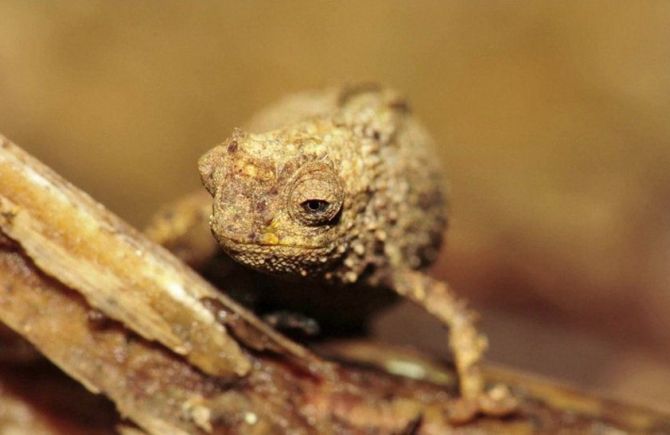