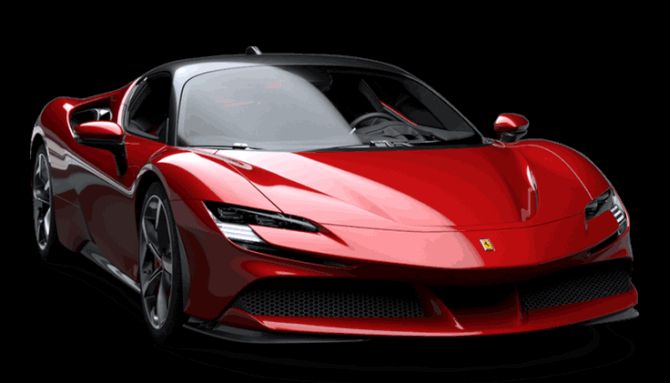 The Ferrari brand is famous all over the world, with its logo and name being synonymous with luxury, power, and prestige. However, the brand did not always carry this iconic status – Ferrari emerged from humble beginnings!

At the end of the First World War in 1918, a young Enzo Ferrari returned home to Italy after fighting. Enzo had been enthralled and fascinated by cars and racing since he had seen a race at the age of ten and decided to work in the automotive business. After being rejected by Fiat, he ended up working as a race car driver for Alfa Romeo.

In 1929, Enzo Ferrari launched the racing team Scuderia Ferrari, who mostly raced cars made by Alfa Romeo. The success of the team brought widespread attention to Alfa Romeo but was dissolved by Enzo in 1937 when he became the head of Alfa Corse, Alfa Romeo’s factory racing division.

In 1939, Enzo started his own company – Auto Avio Costruzioni, or AAC. AAC designed and built their own car, the 815, and built onto two models. However, AAC was prohibited from displaying the Ferrari name due to a legal agreement between Enzo and Alfa Romeo.

This obstacle – in addition to the setback of the Second World War! – meant that Enzo Ferrari could not put his name on a new car until 1947 when the Ferrari 125 was released.

Enzo was approached by racing driver Luigi Chinetti – who raced Ferrari cars and owned a showroom in Manhattan, New York – about designing sports cars to sell to the public. Enzo was initially hesitant to focus on anything other than racing, but by the 1950s, Chinetti had managed to persuade him.

The Rise to Fame

The first Ferrari dealership was opened in Manhattan by Enzo and Chinetti, and the 1950s saw massive success for Ferrari. Developing classics like the GTO, Testarossa, and California Spider, the Ferrari brand became very popular in the US. However, Ferrari developed a reputation for being highly exclusive, with few models produced and customers chosen carefully to reflect the brand’s ideals.

The Ferrari team won the famous Le Mans 24tournament six years in a row from 1960 to 1965. However, in 1966, they were beaten by Ford’s GT40. Ford CEO Henry Ford II had held a grudge against Enzo over a failed deal and developed the GT40 as a direct challenge to Ferrari.

In 1969, Enzo Ferrari sold half of the business to Fiat, although the Ferrari brand continued to remain strong and produce iconic sports cars. In 1988, Enzo Ferrari passed away at the age of ninety, but not until just after he had released a final car – the iconic Ferrari F40 – to commemorate the company’s 40th anniversary.

Under Luca di Montezemolo, Enzo’s successor as President of Ferrari, the business was developed into a global brand worth millions of dollars, selling supercars to customers all over the world. Stars such as Nicolas Cage, Ozzy Osbourne, 50 Cent, and Gucci Mane have all bought Ferraris, in some cases even developing collections of them!

As well as selling cars, Ferrari began to license clothes, fragrances, jewelry, and a range of other products bearing the iconic yellow and black “prancing horse” logo.In 2010, the Ferrari World theme park opened in Abu Dhabi!

Since 2010, Ferrari has traded on the New York Stock exchange, increased production, and sales to the broader public, and become worth over $30 billion! One of the more impressive Ferrari facts is the world record that the company holds for the car auctioned at the highest ever price: in 2018, a 1962 Ferrari 250 GTO sold for over $48.4 million at auction!

The legacy of founder Enzo Ferrari lives on, with the Ferrari Enzo being released in 2002 to commemorate him. Financial success and status in pop culture have not lessened the brand’s passion for the racetrack – the Ferrari team is the most successful team in Formula One and has won a total of eight world championships since the death of its founder!