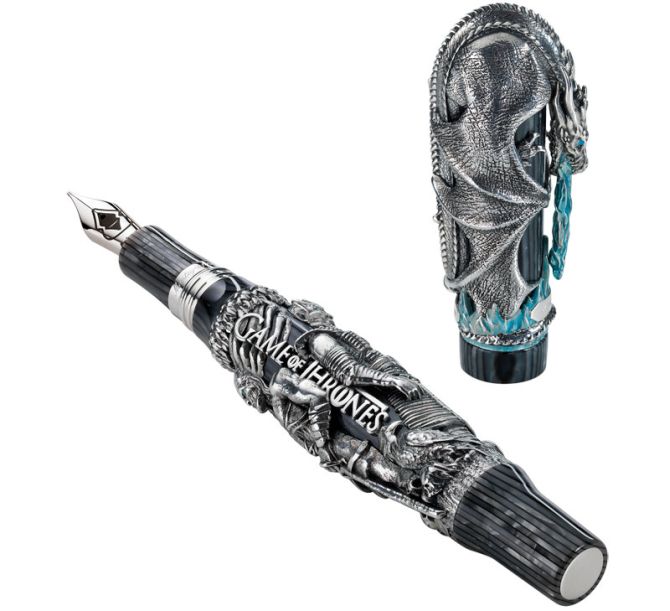 Game of Thrones, one of the most popular fantasy drama television series is about to come to an end with its eighth season which premiered last week. Thus, as a token for die-hard fans of the series, Montegrappa, the Italian luxury writing instrument manufacturer has rolled out Game of Thrones inspired pens. Dubbed, the ‘Winter Is Here edition’, the limited edition pen comes imprinted with Games of Thrones themed design.

Paying tribute to the award-winning series based on ‘A Song of Ice and Fire’ by George R. R. Martin, Montegrappa’s latest offering is nothing less than a work of art. The writing instrument is depicts a masterful study in the ancient art of lost wax casting. Three-dimensional figures of the Night King and White Walker are intricately sculpted to enfold the hand-turned organic celluloid barrel. The coiled figure of Ice Dragon Viserion wraps the pen cap to give it a distinctive look. The dragon’s tongue of ice forms the pen’s clip and decorative flames of crystal blue envelops the base of the pen cap. 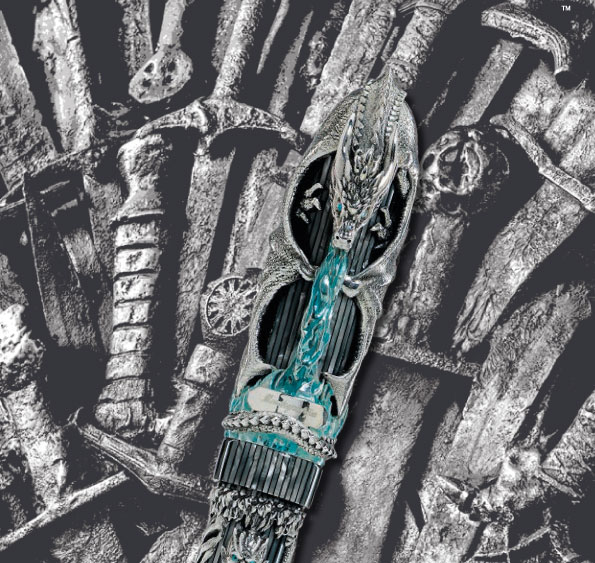 The Game of Thrones ‘winter is here’ pen by Montegrappa will be available in a choice of rollerball pens and fountain pens. Both these versions will be limited to 300 units in sterling silver and only 7 units in solid 18k gold. The sterling silver edition starts at €4,050($4,555 USD) whereas the 18k gold version starts with a hefty price of €48,000(around $54,000 USD). You can get more information and details for pre-ordering the pen on Montegrappa official website.