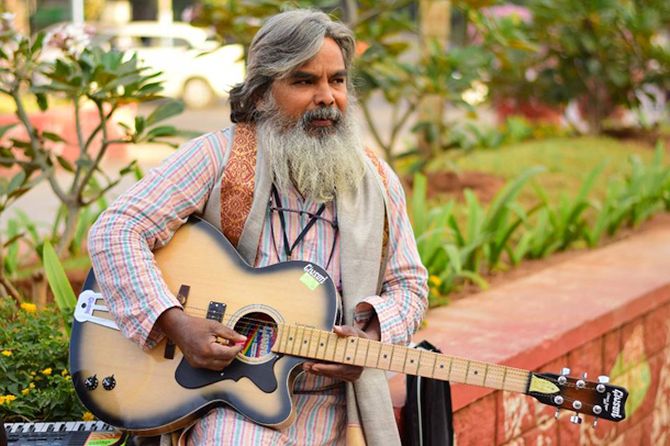 Just like the nation-wide Swachh Bharat Mission which was launched in 2014, we can soon witness a Sangeet Bharat campaign. Well, only if the efforts of a 58 year old Civil Engineer from Andhra Pradesh can convince Prime Minister, Narendra Modi for such a mission. Music teacher S V Rao, better known as Guitar Rao is behind this campaign who teaches guitar to his students for only Rupee 1 per day. A civil engineer turned guitar teacher, he roams from city to city and teach music to the willing people. Nowadays, you can find him in Delhi, teaching guitar, flute and keyboard at three locations every day. 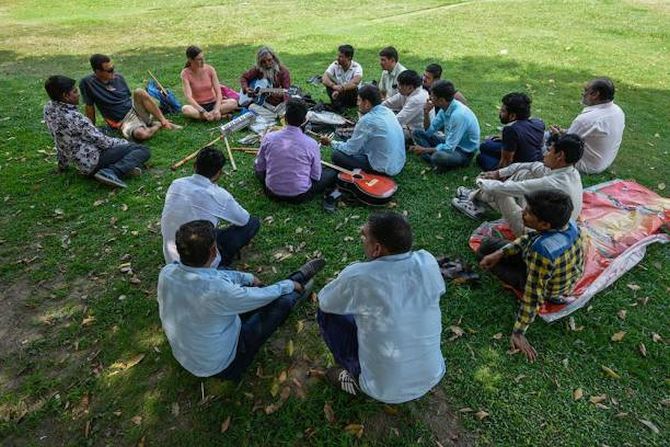 His morning session starts around 6:00 at Andhra Bhavan where he gives music lessons till 9 O’ clock. The next class takes place at Vijay Chowk from 2pm-6pm and the last sitting at India Gate lawns from 6pm-9pm. Guitar Rao have taught more than 1,000 people till now and of which 160 have become his regular students. The only dream of this simple dressed man with long white beard and glasses is to meet our PM and urge him to start music class in schools. 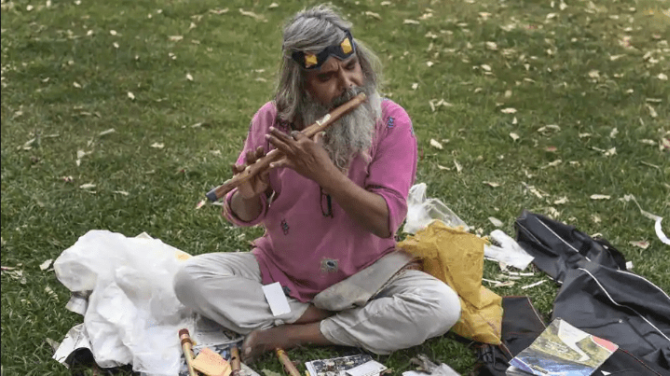 A civil engineer by profession, Guitar Rao worked in MNC till 2009 before quitting his job due to debt and depression. He went to Tirupati temple in 2010 and started taking music lessons from a school. With the power of music, he came out of depression and found a new meaning to life. He also plays violin, keyboard and flute and is about to complete graduation in music from Telengana University. 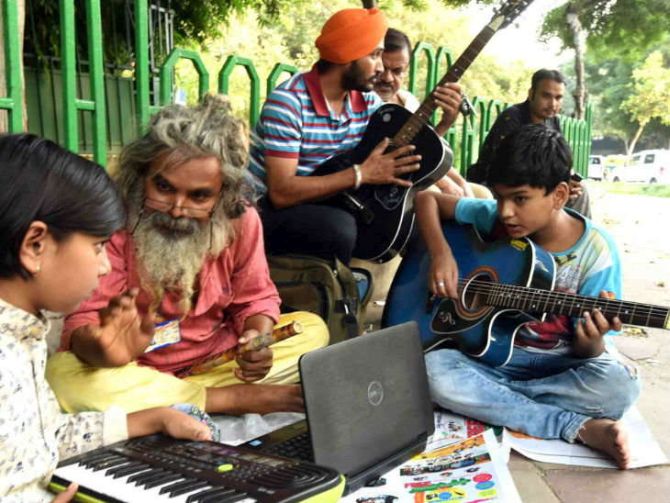 There’s an interesting story behind his nick name, Guitar Rao. After leaving his job, he got a provident fund of 2 lakh which he spent on buying 100 guitars. He then distributed each one of them for Rupee 1 just asking the guitar owners to teach music to others. S V Rao hopes his students follow the path of sharing music. Thus, at end of the course, he gives his student a flute and asks them to teach at least one more person. 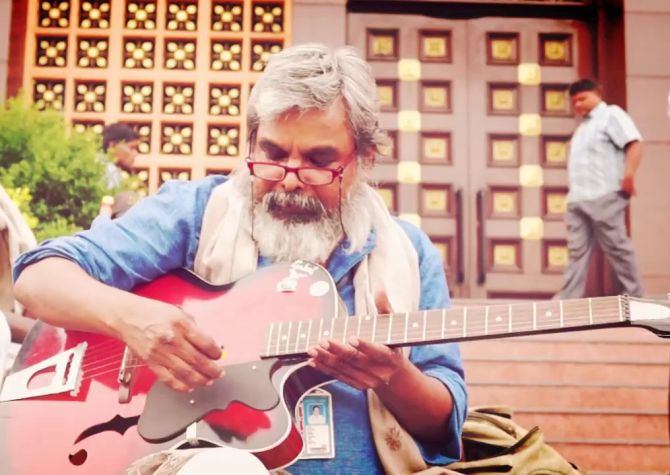 We send our respect and best wishes to such an incredible human being and sincerely hope his mission to convince PM Modi to start a Sangeet Bharat campaign becomes successful.