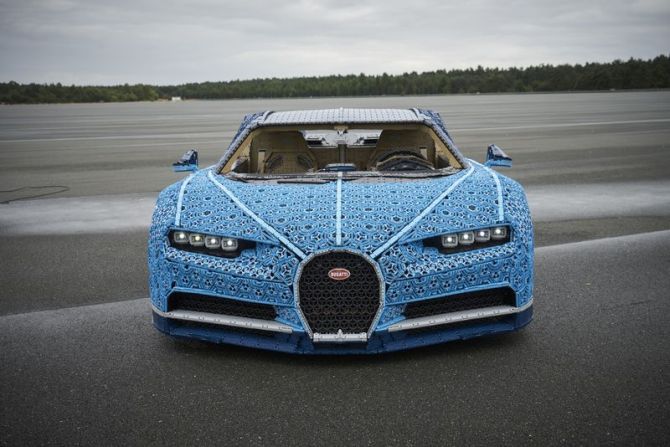 We have seen lots of cool and incredible things made from Lego bricks in the past by artists, brands and individuals. However for a change, LEGO, the Danish Toy Company itself has taken matter into their hands and created a masterpiece which is absolutely out of this world. The renowned toy company has created a life-size drivable replica of Bugatti Chiron built from more than million LEGO bricks. The drivable replica of the world’s fastest car is one of the most complex and astonishing objects ever crafted from Lego bricks.


The fully-functional LEGO Bugatti Chiron is a two-seater model and weighs over 3,000 pounds (1.5 tons). It generates 5.3 horsepower, 68 lb-ft of torque and can reach a top speed of 12 miles per hour. The Lego sports car is made using more than 1 million Lego Technic pieces along with 2,304 power function toy motors. Besides that, there are 2,016 axles and 4032 Technic gears to transmit the power to the wheels. LEGO has manufactured 56 new parts which were custom made just for this project. It took over 13,400 man-hours to finish the full-size Lego Bugatti Chiron. 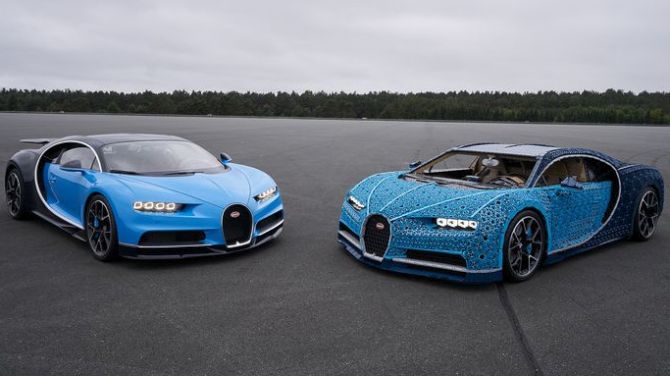 The LEGO replica comes with a detachable steering wheel fully functional head and tail lights, doors that open and close, working speedometer, control panel and a functional rear spoiler. More than 90 percent of the car is made from Lego pieces and no glue has been used in the construction process. The only items that are not made from Lego bricks in the car are the steel frame, wheels and a pair of batteries. 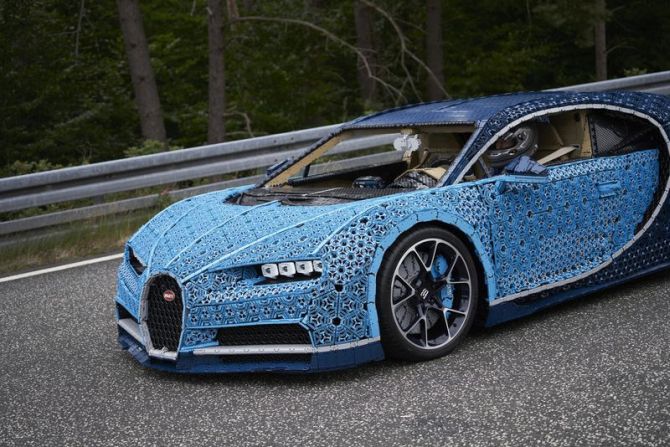 LEGO showcased the life-size drivable replica of Bugatti Chiron at the Italian Grand Prix in Monza this past Sunday. 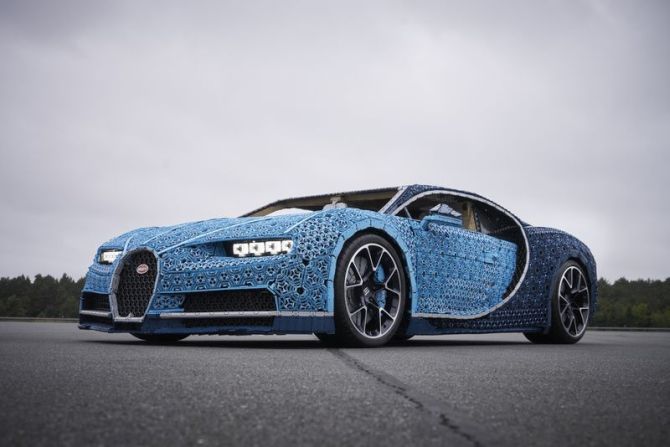 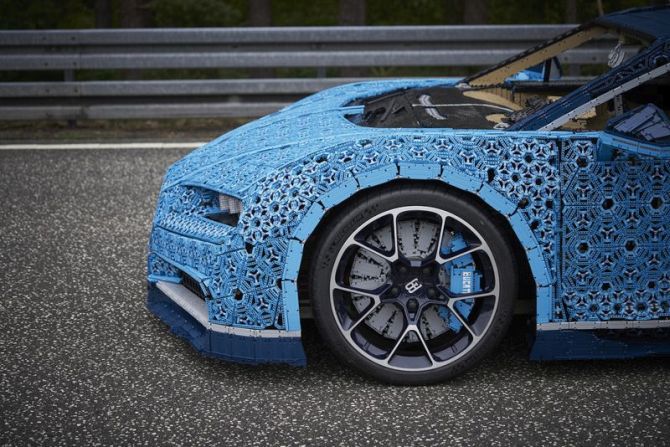 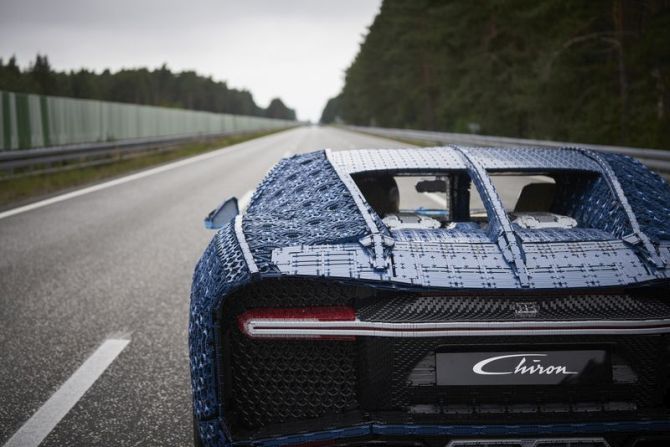 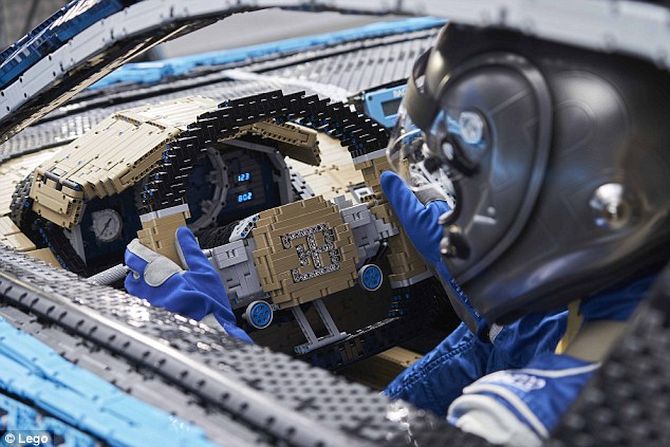