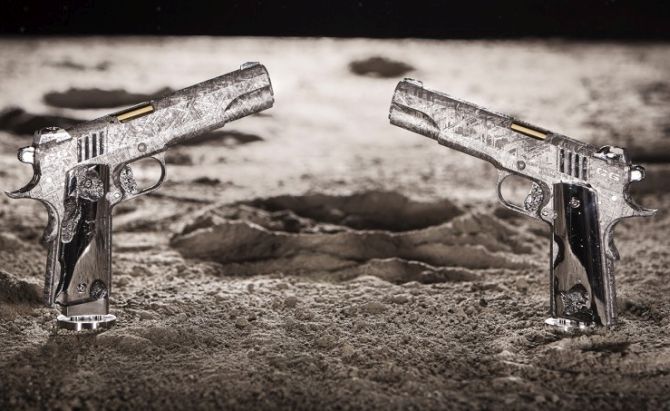 For 4.5 billion years, Gibeon meteorite flew through the vast space of our universe. Its remains discovered by pre-historic man in sub-Saharan Africa were used to make weapons. Now after centuries, a 35kg chunk of the cosmic rock has been crafted and turned into Cabot Guns’ Big Bang Pistol set. The set consists of two intergalactic guns that are crafted out of iron-nickel alloy, all thanks to a 77-pound chunk that has been smelted into beautiful metallic firearms.

Everything from slides to frames, triggers, magazine release and grips are made from pure Gibeon. Other parts of the guns that are not made from meteorite are springs, sears, hammer strut, pins, screws and slide rails. 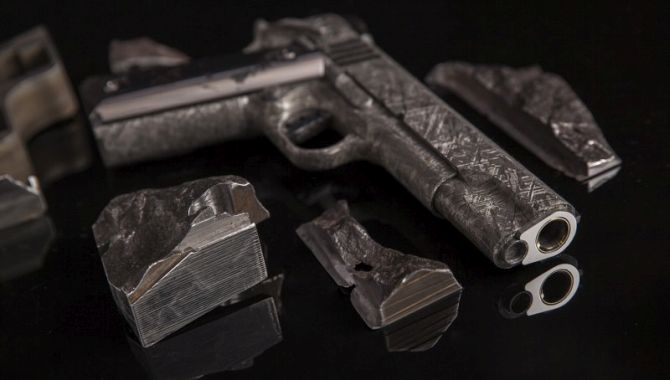 The brand’s highly skilled team used X-rays, 3-D modeling, electron-beam welding, EDM wire cutting, and endless hours of expert craftsmanship to create the world’s first ever meteorite firearms. For assurance, Cabot has even built a stainless-steel clone to test its production processes to prevent some irreversible mistakes while crafting. 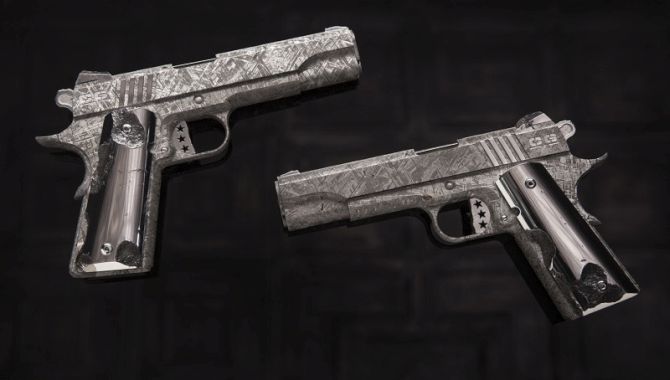 Being the mankind’s first meteorite firearm set, it certainly comes with a hefty price tag of about $4.5 million. For that huge amount of money you’ll get a complete set of two pistols, which are currently the most expensive guns in the world. 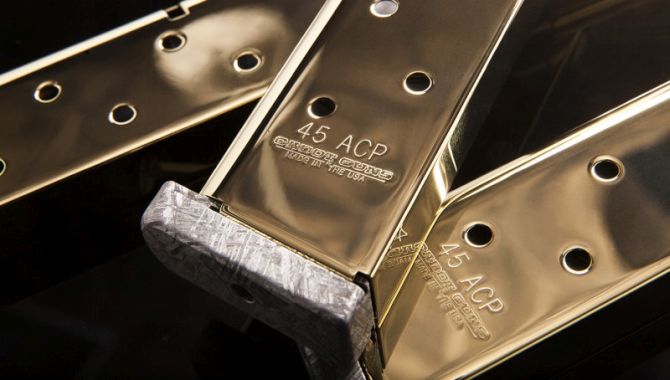 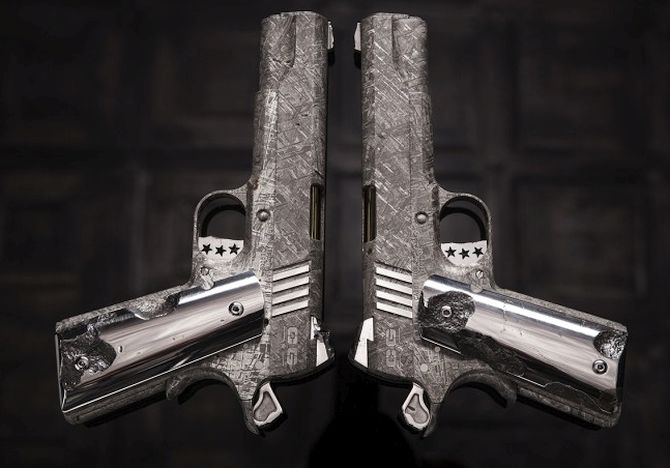