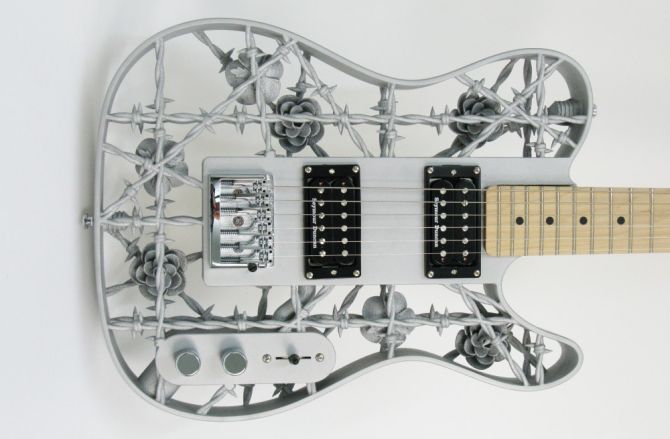 You may have seen various 3D printed musical instruments so far, but no one can beat the style and design excellence of the world’s first 3D printed aluminum guitar by Olaf Diegel from OddGuitars. Dubbed Heavy Metal, the guitar has been designed to reinvent the materials used in manufacturing quality music instruments. Instead of wood, the body of the guitar has been made out of aluminum for exploring the capabilities of metal 3D printing in music industry.

Diegel, Lund University professor, has managed to create Telecaster-shaped body that houses barbed wires and metal roses blooming inside the barbed cage. Due to the complex combination of wires and roses, the original name of the project was ‘War and Peace,’ but while finishing up the complete structure Diegel thought ‘Heavy Metal’ would be more appropriate name for this instrument.

He teamed up with Holland-based 3D printing service providers Xilloc to 3D print the aluminum body using EOS M400 metal 3D printer. Usually this heavy machine is used to print metal parts for engines and other industrial machinery. Each layer of the 3D model has been traced into aluminum powder using laser technology. After that aluminum powder was melted at strike points to slowly build up its shape. 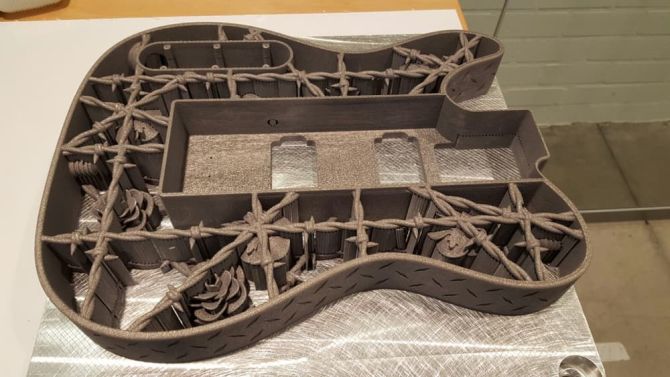 The 3D object was printed with support structures running down base-plate. All these support structures were removed from main body of the guitar using a metal-cutting saw. This was done so that there’s no hindrance while playing the guitar. So, the leftovers were cut away carefully and the whole process took nearly four days to complete.

A 22-fret custom Warmoth Pro Telecaster neck along with a maple fingerboard adds contrasting appeal to the instrument. The guitar is further equipped with Seymour Duncan pickups (Jazz SH2 at the neck and JB SH4 at the bridge), Gotoh tuners and Schaller bridge. The resulting instrument looks a true work of art that scales at 3.7 kg (8.1 lb), which is not too heavy for carrying around. 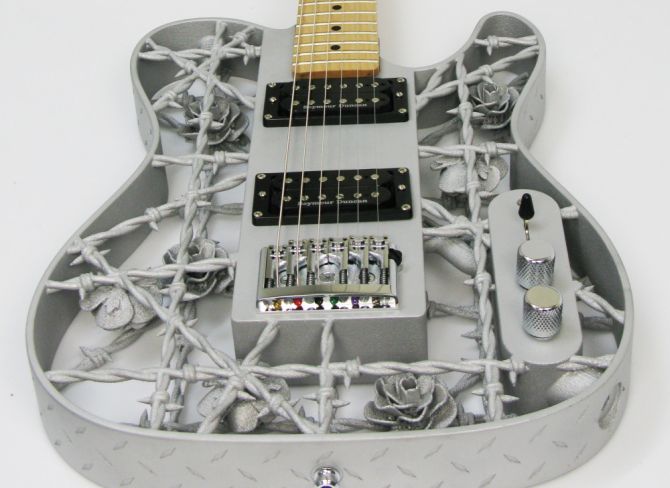