Holi (also known as, Holaka or Phagwa) is Indian festival of colors. Fire is burnt on the eve of Holi, which signifies the destruction of all evils. The very next day people draped in white smear each other with brightly colored powder, as well as colored water. Disregarding social norms, people of different caste, color, race, sex, or social status come together and indulge themselves happily in general merrymaking.

There are regions in India where Holi is celebrated from few weeks to months. When it comes to Holi celebrations, Mathura and Vrindavan top the list- as celebrations here begin 40 days before the festival. Moreover, in Mathura the festival is called ‘Lathmar Holi,’ where women take charge and hit men with sticks (lath). If you think this is the most unusual way to celebrate Holi, then let us tell you about some of the unforeseen shades of Holi that you’d have never thought existed.

Here are five surprising ways Holi is celebrated in different parts of India. 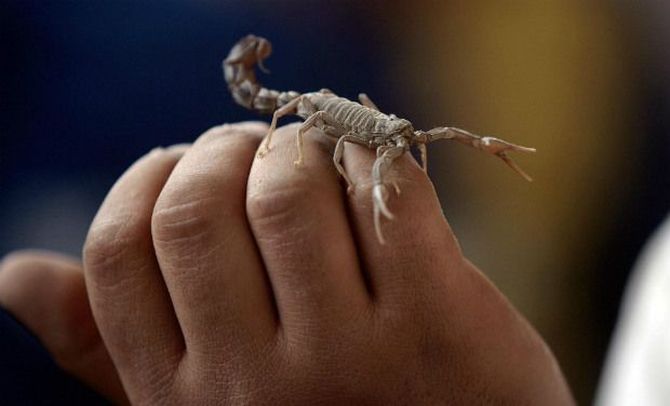 People of Saunthana, a village in Etawah in Uttar Pradesh play Holi in an entirely unexpected way, with scorpions. While dancing on beats of drums and singing folk song (phaag), villagers catch scorpions. The search for scorpions under rocks and hold them with their bare hands. This this because it’s believed in the village since ages that on this particular day scorpions don’t bite anyone. So, they enthusiastically play with the dangerous scorpion fearlessly by putting these creepy-crawlies on different parts of their bodies.

No colors, only turmeric water 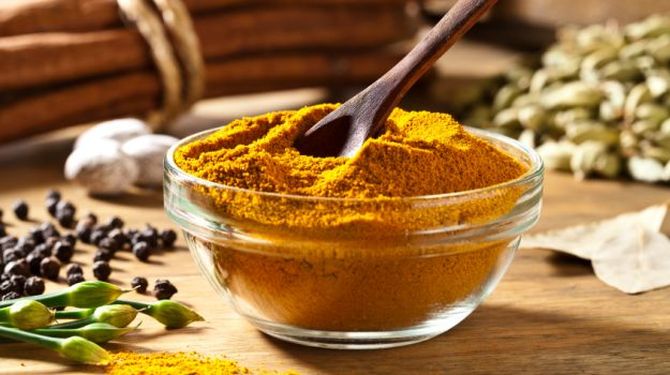 in Southern India, Kudumbi and Konkan communities, especially the Gaud Saraswat Brahminsin Southern India, play Holi by spraying turmeric water on each other at the Konkani temple of Gosripuram Thirumala. They call it ‘manjal kuli’, which stands for turmeric bath. There’s no use of artificial colors, and only pure turmeric water is used to celebrated Holi for over four days. Meanwhile, the whole Kudumbi community dances to traditional Kerala percussion instruments. 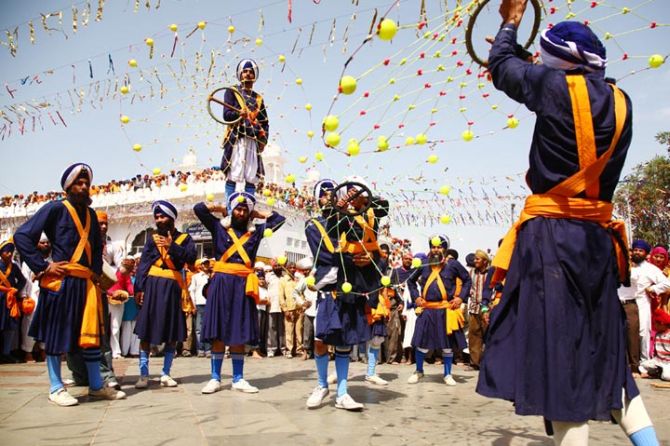 In Anandpur Sahib, Punjab, Holi is known as Hola Mohalla and celebrated for a week. During the entire week Nihangs, part of Khalsa army, show off their fighting skills, along with martial skills and kushti. They wear their traditional blue robes, and the attire is complete with swords or spears. It’s truly a sight to behold when they are performing their unbeatable fighting skills.

Holi with cow dung and flowers

To spread awareness about the importance of India, saints of 13 akharas in Ujjain play Holi with cow dung and cow urine. Really a smelly way to celebrate the festival, isn’t it? Instead of playing with colors, they choose to play with this absolutely unexpected way. After playing with cow dung all day, in the evening they smear each other with flowers and sandalwood powder. Although some of you may find it completely insane, but for the saints it’s an eco-friendly and chemical free way to celebrate Holi. 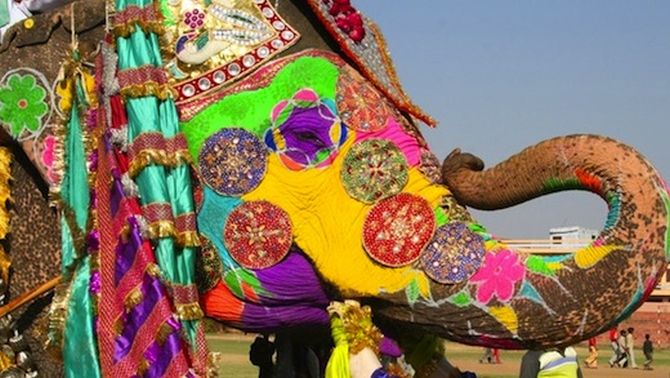 In Jaipur, Elephant Festival is held on Holi, where amazing elephant dance and beautiful procession are highlights of the day. Plus, a game of elephant polo is also conducted. Besides all that, tug-of-war between a group of men and women against an elephant also steals the show. Similar to this unique celebration, royal processions start from the Mewar royal palace to Manek Chowk at the City Palace in Udaipur. The major highlights of this occasion are decked up horses, the royal band, and people in colorful clothes.