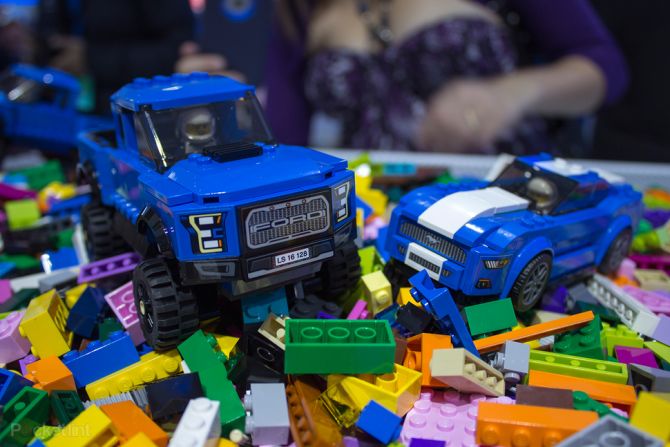 Ford fanatics, who somewhere hide their love for Lego building blocks, will be glad to know that both the companies have collaborated for a fun new project. As part of its Speed Champions series, Lego has recently unveiled the 2015 Ford Mustang GT and the 2017 Ford Raptor F150 Lego toy kits at Detroit Auto Show. The 2016 North American International Auto Show in Detroit’s Cobo Hall is well-known for showcasing new cars and trucks, but this year Ford wanted to bring out the visitor’s inner child and surprised them with playful Lego sets of their favorite cars. 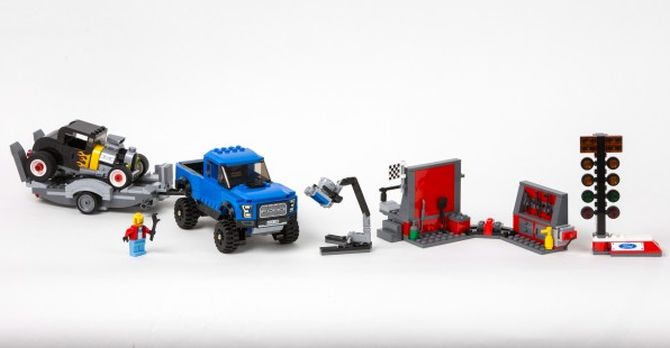 The F-150 Raptor set is made out of 664-pieces, which together not only form a truck but other cool accessories as well. Besides the truck, it also includes besides the truck, it also includes Model A hot rod-twoing, a car-hauler trailer, a mechanic’s station, a bearded miniature mechanic, a drag-strip Christmas tree and an engine stand. The complete kit will be available for $49.99. 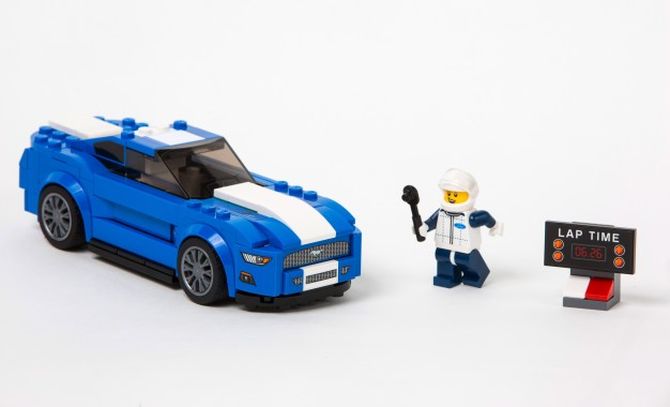 On the other hand, Lego has also made a much simpler and elegant Mustang GT set that consists of only 185pieces. The set includes a time board and race driver. As it is made from less toy bricks and also has limited models, so it’s according priced at just $14.99.

Although these two models feature different characteristics, but for creating both the sets Denmark-based Lego team has worked closely with Ford licensing and design teams. This is because they wanted to be quite specific about certain details, packaging as well as marketing materials. Furthermore, Ford Mustang and F-150 Raptor Lego kits are expected to go on sale in March 2016. They will be available at all Lego stores and in Toys’R’Us stores across the United States. 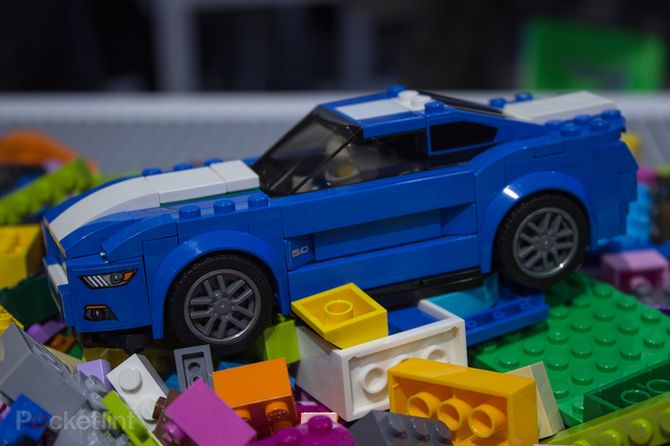