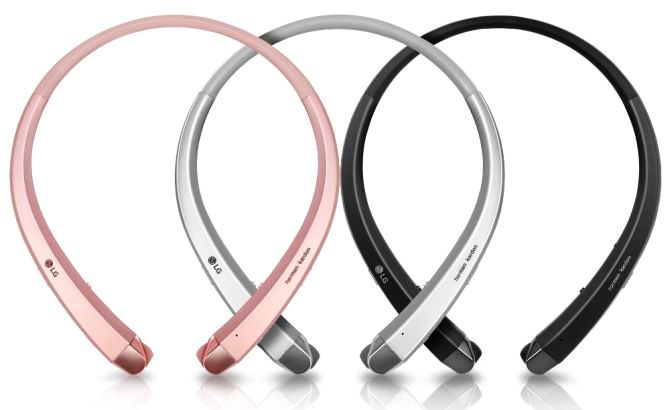 While everyone is in celebration mood to welcome the new year, electronic companies are working hard to showcase their new products at CES 2016 next month. At the upcoming electronics show, LG will be launching its latest LG Tone+ Bluetooth stereo headsets: HBS-910 and HBS-900. The fashion-forward headsets are lightweight and can be comfortably worn around the neck, just like a piece of jewelry. 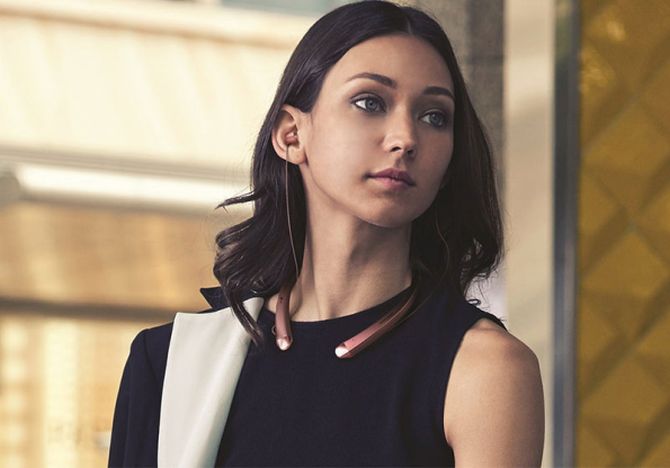 To wear the headset around your neck, you need to pull wired ear buds of the ends of the neckband, whenever you want to listen your favorite music. The exclusive Bluetooth stereo headsets are developed in collaboration with Harman/Kardon and resemble the Tone Infinim. With improved aesthetics and build, the headsets come with Advanced Quad Layer diaphragm to offer rich bass.

In addition to quality bass, the headsets come with dual microphones so that better sound can be captured while making phone calls.The neckbands also come with mics that can block ambient noises. These headsets also feature Tone & Talk button for letting users read out messages from social networking sites with the press of a button.

Even ‘Find Phone’ feature has been incorporated into the headsets to activate a sound on your phone, making it easier to find out, if you lose it. When these are connected with your smartphone via Bluetooth, alarm on the phone can also be activated from the headset itself. 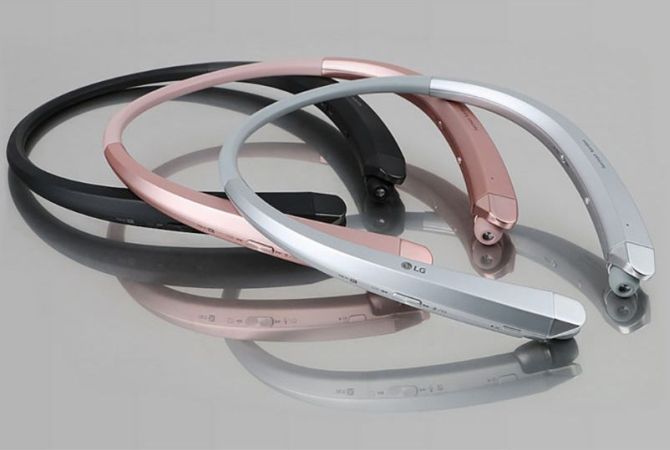 LG Tone+ Bluetooth stereo headsets will be available in three color options such as white, pink and black. There’s no word on its pricing yet, but all the information and further details will be revealed at CES 2016, which will begin from January 6 to 9. However, LG has plans to launch the products in February 2016 in Korea, followed up by United States, Europe, Latin America and Asia.