Every metalhead enjoys a bottle or can of chilled beer while headbanging on their favorite heavy metal songs. Beer and heavy metal get along so well, may be that’s the reason many bands are collaborating with popular breweries to produce their own signature beers. Few months ago, we familiarized you with Metallica Budweiser beer. Now, the award-winning Swedish heavy metal band Opeth is the latest to launch their first beer with Leeds-based brewery Northern Monk Brew Co.

To celebrate their 25th anniversary, Opeth has brewed up XXV Anniversary Imperial Stout that’s the most intensely flavored category in the world of superior quality suds. The band’s brew is formed with the combination of heavy, dark and rich flavors, just like the Swedish veterans’ music. 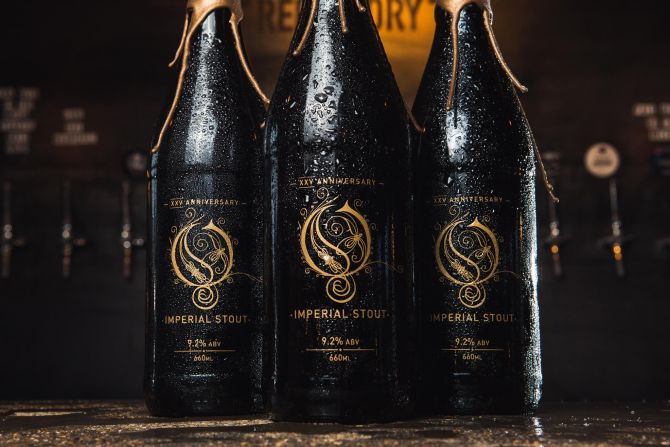 It contains a hefty 9.2-percent alcohol content, which is brewed with ten different malts for palatable complexity of essence and taste. The finest liquor also boasts undertones of rich chocolate, cinder toffee and coffee to blend roasted flavors with the alcohol. So, it’s surely not for the weak tongue. But wait, it doesn’t stop here. The salivating beer comes in equally intense 600 ml black bottle, featuring golden detailing and the Opeth logo.

Even if we’re musicians firstly, we’re beer drinkers secondly. Kind of. Let me rephrase: We love beer. We love good beer. We’ve turned into culinary connoisseurs of late. Not too much snobbery, however. We just love good food and drinks. So when we were approached by the fantastic Northern Monk brewery to do a Opeth signature beer, we simply could not turn it down. But believe me, we’ve turned down zillions of offers to do alcoholic beverages with the Opeth logo on it. Northern Monk are great. They have great ideas and make great beer. They even invited Fredrik [Åkesson, guitar] and Axe [Martin Axenrot, drums] down to the brewery for a walkthrough of their premises in Leeds. Needless to say, they got both of them drunk, but we also managed to get our own brand of signature beer down to a tee. And Axe and Fredrik know their beer, from years of over-indulging. And now it’s ready. One is a top-of-the-line Imperial stout that can be matured up to about 25 years. We’ll also have a lovely pale ale out in early 2016. I know we’re not the first band to do our own beer, and not the last.
All I know is that it’s a top-quality beer and I will certainly enjoy having my own little stash in the cooler for Christmas. Cheers! 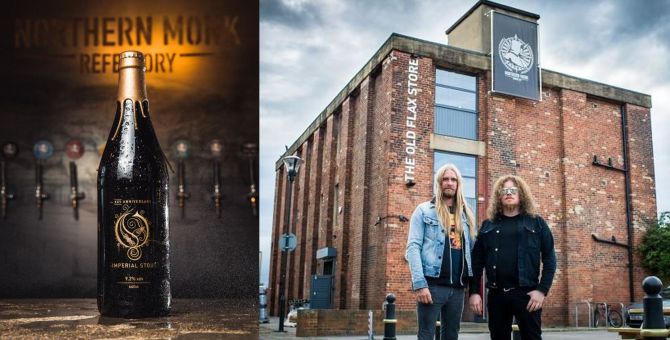 Opeth XXV Anniversary Imperial Stout is limited to just 1,700 bottles that are now available for £12 (approx. US $18) per bottle, with a pale ale to follow in 2016. You can purchase the heavy metal beer on the Northern Monk Brewery website. Sadly, it will be shipped only in United Kingdom. So, you’ve to be there to enjoy this limited-edition metal booze or call your friend’s in UK to get the special beer for you.