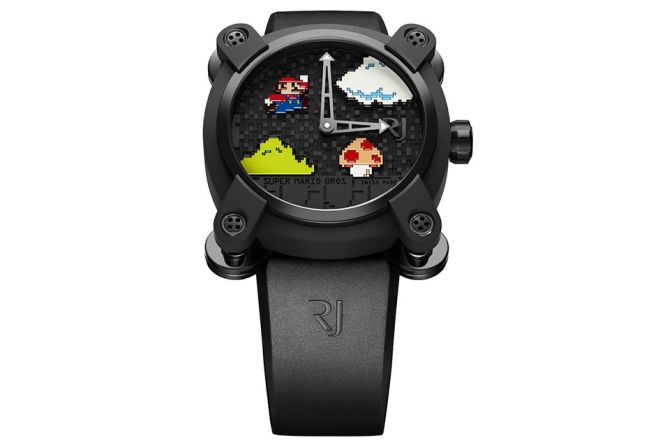 There is no way the Super Mario Bros mania could have passed you by, if you grew up in late 1980s or early 1990s. The little pudgy plumber with his iconic black mustache and hat is certainly the most famous video game character ever. So, if you still miss the iconic game and its legendary character, then the latest RJ X Super Mario Bros. watch is just for you.

Luxury watchmaker Romain Jerome has recently unveiled a limited edition Super Mario mechanical timepiece in honor of the game’s 30th anniversary. The three-layer watchface features nostalgic designs inspired by the retro graphics and popular Mario himself, alongside a mushroom and other tidbits from the 8-bit game. 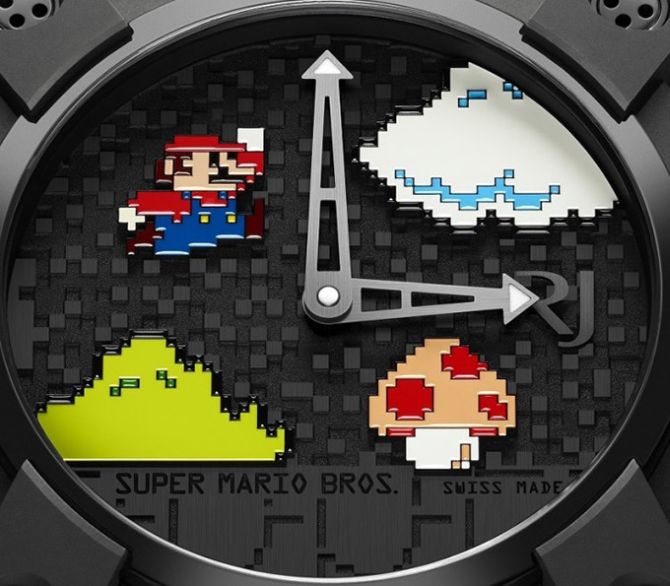 It also features brand’s signature ‘RJ’ on black wristband and its dial. The opulent timepiece comes with a 46mm case that’s made out of black titanium that adds timeless appeal to its classic Nintendo-styled appearance.

Did we mention the luxe game watch comes with an eye-watering $18,950 price tag? Well, the price seems too hefty for a simple timepiece- not even a smartwatch. However, the worth is partially dictated by the fact that only 85 timepieces are being made to pay homage to 1985, the year the game was released.

Only true Super Mario fans with deep pockets would be able to get their hands on this anniversary edition timepiece. Although the limited release is likely to bring back the memories of 80’s and 90’s, but we doubt the luxe timepiece designer RJ will find trouble in selling all these costly 85 pieces. What do you think? Spare a thought about the all-new RJ X Super Mario Bros. watch. 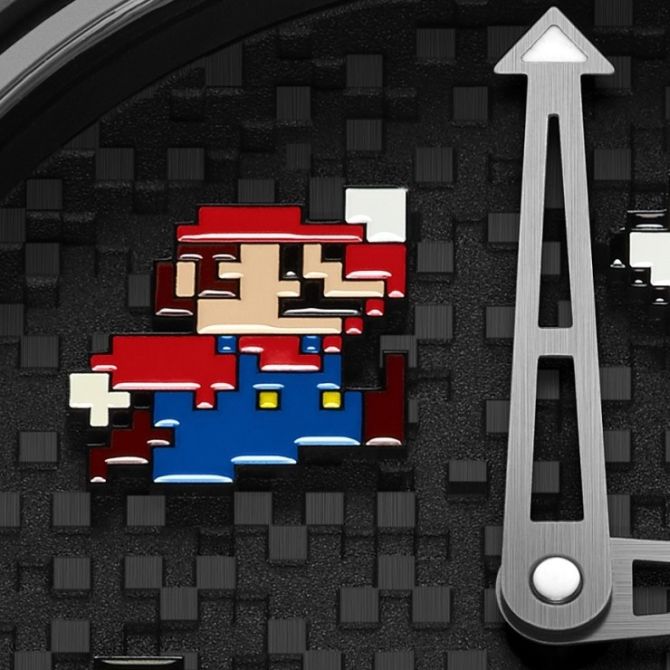