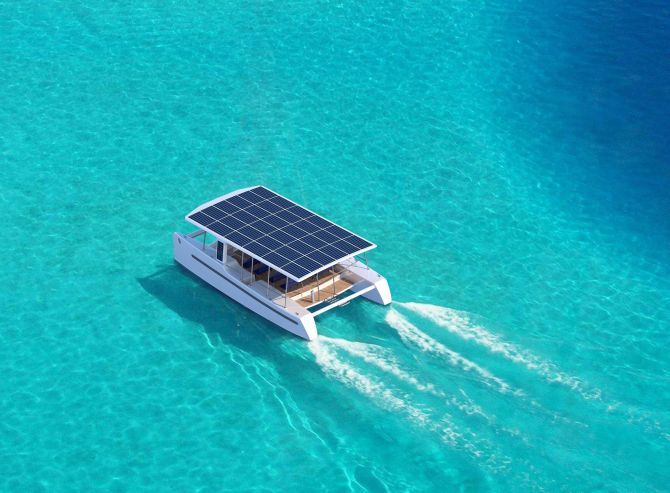 Most of us dream of living a life filled with utmost luxuries like massive mansions, expensive super cars and of course, traveling through oceans on a luxury yacht. But all these fantasies seem pretty unrealistic, right? Not anymore, as Netherlands-based company Soel Yachts has teamed up with Naval DC to created the SoelCat 12 solar electric catamaran that aims completely at affordable ecotourism. So with this amazing solar-powered mini yacht, experiencing vacations above water won’t be limited to just the wealthy.

The 39-feet long vessel features 12 8.6kW of solar panels that enable the sailing boat to run completely under sunlight. It has a total lithium battery capacity of 120kWh and can operate six hours at eight knots speed on batteries alone. However, two 30kW electric motors allows the SoelCat 12 to reach a maximum speed of 15 knots. 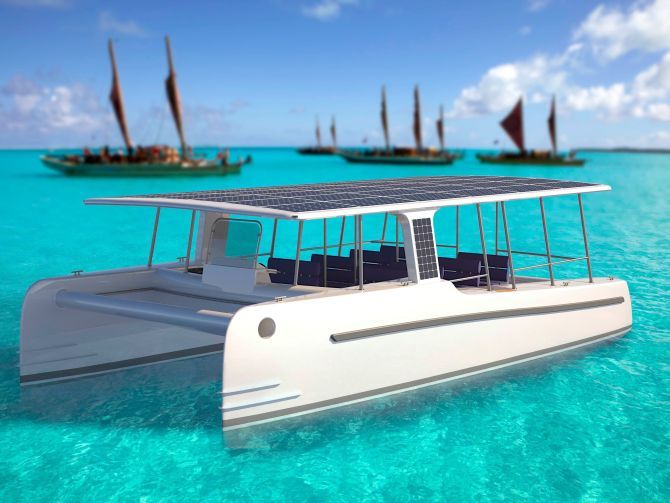 As its lithium polymer battery system weighs just 8kg per kWh, so the catamaran can easily operate in very shallow waters given its draft of just 0.6m. The solar-powered yacht can accommodate up to 24 passengers and 2 crew members. Apart from all that, the deck’s configuration can also be altered to suit a variety of purposes such as diving or scientific expeditions. This means it even offer adventurous activities to the customers for enhancing their traveling experience like never before. 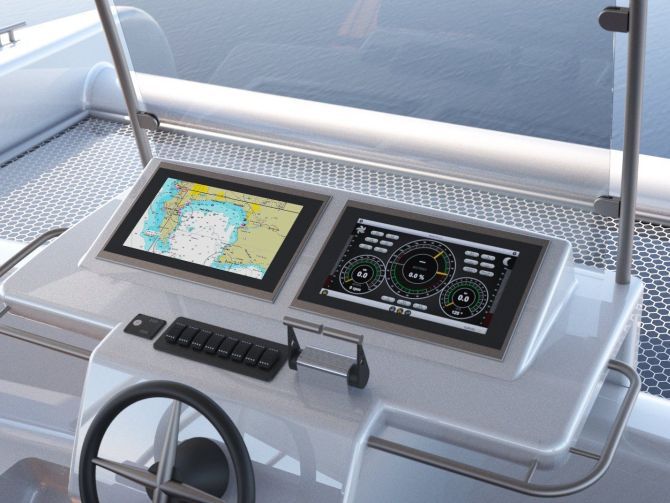 The yacht is also referred as ‘autonomous,’ but this definition is somewhat misleading. How? Well, the electric vessel is not automatic and requires a normal captain on board to start it. But it is still called ‘autonomous’ only on the basis that it is capable of supplying its own fuel via solar array. So instead of depending on external fuel resources, the yacht requires only sunlight for powering its electric propulsion system. Thus, makes it 100-percent sustainable alternative to conventionally powered boats. 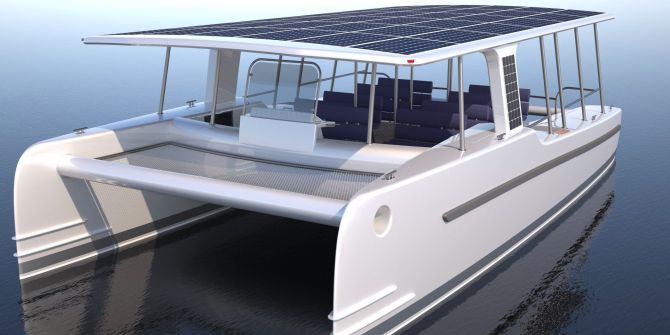 The price for the sleek-looking solar electric catamaran has not yet been revealed yet, but it is certainly scheduled to launch next year. It is an absolute pleasure to simply marvel at the excellence of such finely crafted and engineered masterpiece sailing on water.