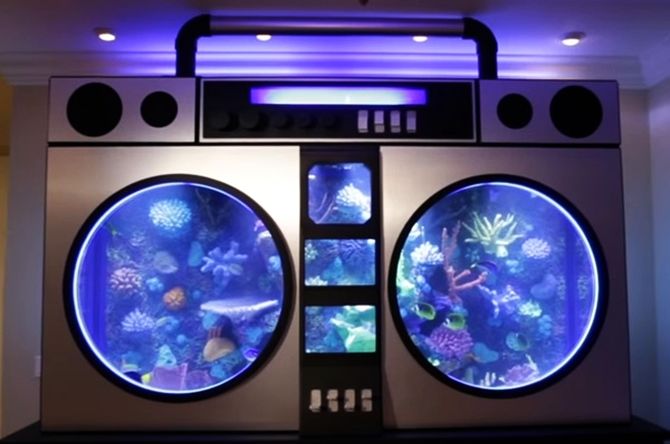 Chicago Bulls star Jimmy Butler has off-the-court passion for music and also is a fish lover. However combining these two uncommon things is not attainable, but Animal Planet’s Tanked, a popular show that tricks out unique tanks for fish enthusiasts, has made that possible in form of a gigantic 6,000-pound boombox fish tank.

Butler told the hosts Wayde King and Brett Raymer that he wanted a huge aquarium for his $4.3 million 10,000-square-feet mansion. The luxury mansion includes 3-car garage, 750-bottle wine cellar, spacious deck, billiards table and everything required in a mancave, but a funky fish tank was missing. But soon that was changed when Tanked presented him this one-of-a-kind vintage boombox-shaped aquarium. Check out his reaction after looking at the massive tank in the video below.

Nine-feet tall and ten-feet wide aquarium holds 600 gallons of water, giving musical touch to the interior. The astonishing tank comes with a custom bubbler that appears like a boombox’s equalizer. As the marine exhibit is shaped like a boombox, so it’s clear that the system cannot go without music. 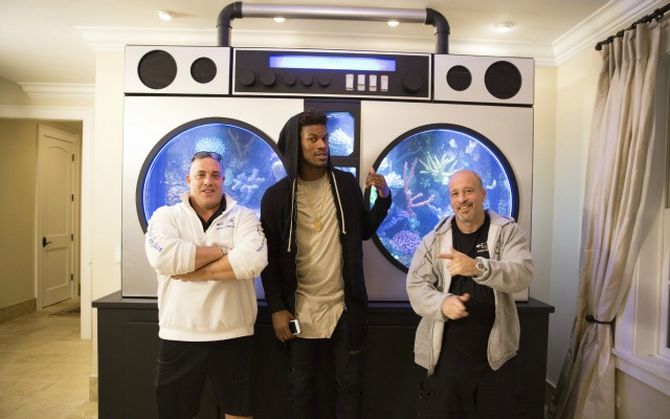 There are built-in speakers to let Butler and his 50 fishes dance to the tunes of his favorite music. Number of fishes in the tank are not just a coincidence, the crew members of Tanked have inserted total fishes in honor of the Chicago Bulls’ 50th anniversary. 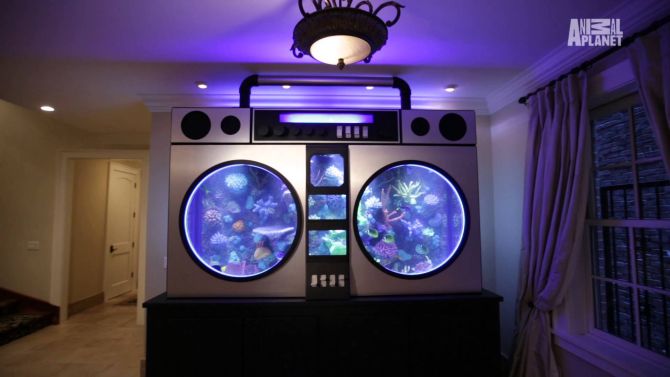