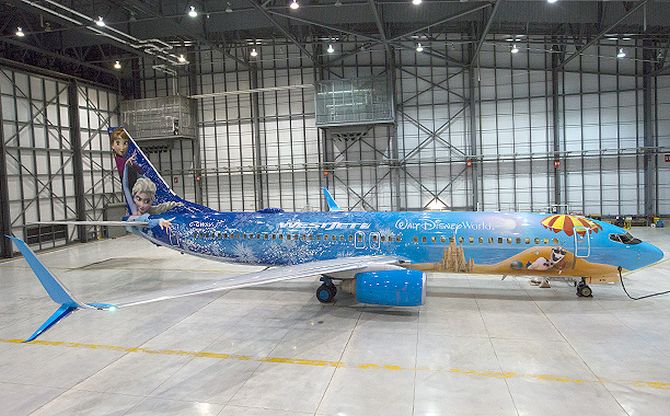 WestJet, Canadian Airline Company has introduced their newest custom-painted aircraft which is inspired from Disney’s Frozen, the 2013 computer-animated musical fantasy film. The Disney Frozen-themed plane is the second Disney-themed custom paint job by WestJet. Taking their relationship to a new level of cool according to WestJet Executive Vice-President Bob Cummings, WestJetters and Disney artists and cast members teamed up to design the aircraft. The custom-painted Boeing 737 features movie-inspired themes both on the outside and inside of the aircraft.

The tail of the plane features princesses Elsa and Anna and the snowman Olaf can be found enjoying a summer day on the beach along the fuselage. On the inside, the rear part features cold-themed overhead bins and headrest covers while the front section of the aircraft is adorned in a sunny theme. 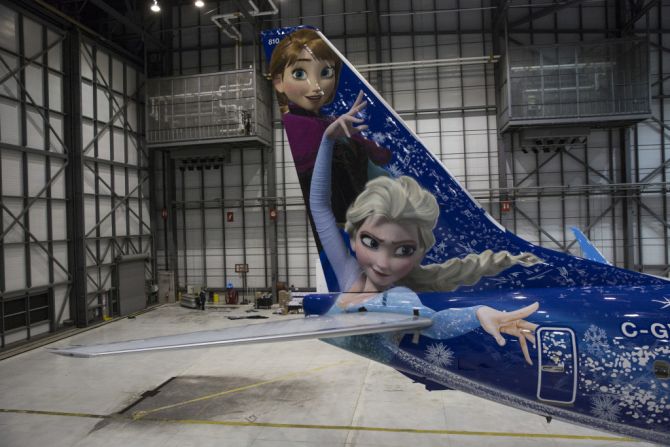 Painted in Fort Worth, Texas, it took 21 days of 12-hour rotations involving a constant crew of six painters working 24/7 to complete the artwork on the aircraft. The team of painters included members from Canada, the United States and Germany. To get into the spirit, they watched the ‘Frozen’ movie before setting up for the task. 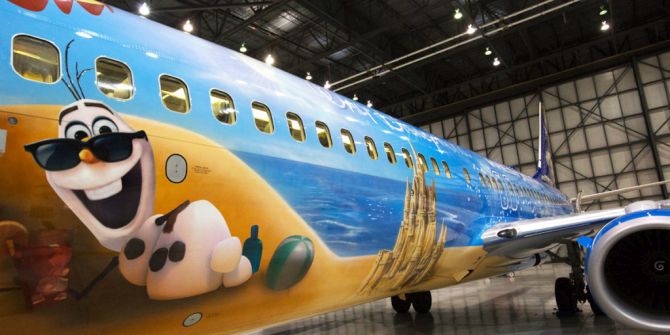 About 643.5 liters of paint was used by the crew consisting of 23 colors, five of which were consumed by the umbrella alone. The paint was added with sparkles in sections to produce shimmering and shiny effect as the aircraft moves. Also, an airbrush artist was called upon to work on details around the sun, water and castle. 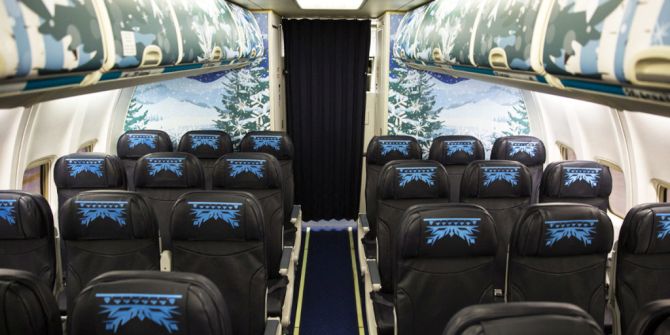 The Disney Frozen-themed plane by WestJet is their second collaboration with Walt Disney Company after they created the Magic Plane featuring Sorcerer Mickey in 2013.