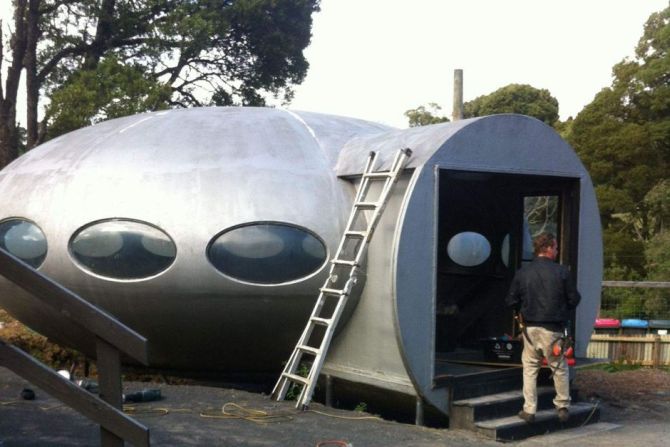 Diehard fans of Star Wars and Star Trek probably may dream of living in a realistic spaceship. If you’re one of those, then you’ll be glad to know that your dream home awaits you in Central Victoria. A portable, flying saucer-shaped ‘Futuro house’ replica is up for auction in Lauriston, near Kyneton, with a price tag of $50,000.

This UFO in Central Victoria is owned by 49-year-old Mara Szoeke, who bought the spaceship-inspired house from the Caribbean Gardens amusement part in Scoresby in 2004 after her cousin spotted an ad for its sale in the Trading Post. This capsule home was earlier used as an office space at a Melbourne amusement park and a green room at a music festival. 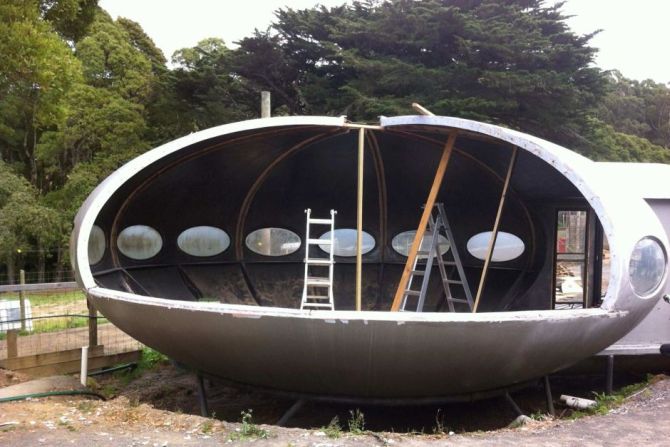 She also mentioned that this home is a close replica of the Futuro houses designed by Finnish architect Matti Suurronen in 1968. The original architectural designs were created to serve as affordable housing or ski cabins for sci-fi enthusiasts. Szoeke’s house also has identical exterior featuring eight-meters long and four-meters high silver fiberglass structure. 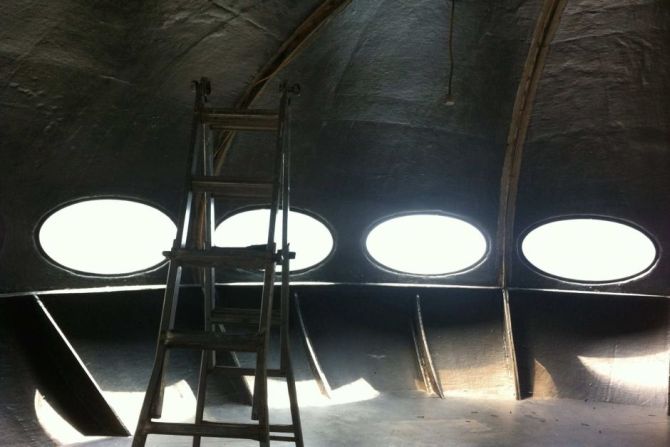 But this version is hollow, unlike the originals that were built with chairs, bathroom, kitchenette and fireplace. Nevertheless, the retro-styled space pod can be easily transported and also quite conveniently assembled/disassembled via crane or semi-trailer. Entitled as UFO by the owner, the spheroid house is literally taking earthly architecture to whole new heights. 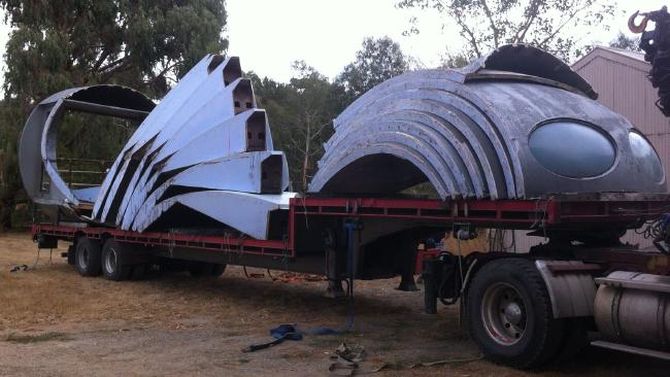 Back in 2004, Szoeke purchased it with an intention to use it like an extra room in her living space. Sadly, recent bushfires in nearby Lancefield made her reconsider her plans. Now she has auctioned this sci-fi house, so anyone else could relive their dream of owning a spaceship-like shelter.