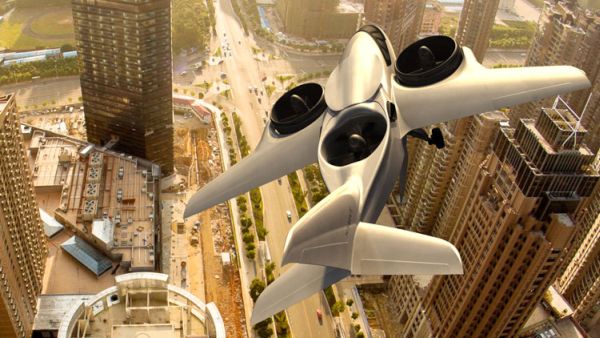 In order to revolutionize the aviation industry, Denver-based XTI Aircraft Company has developed a high-speed six-seat fixed-wing airplane with vertical-takeoff-and-landing (VTOL) capabilities. Dubbed TriFan 600, the light business aircraft is designed to provide high-speed, long range and true door-to-door travel to the people. The design of TriFan 600 airplane was conceived by David Brody, founder of XTI who since 2012 has been working on the development of long-distance point-to-point air travel. Teaming up with a group of business aviation experts including Jeffrey Pino and Charlie Johnson, Brody has designed the first commercially certified, high-speed, long-range aircraft with vertical take-off and landing abilities.

The five-passenger VTOL plane uses three ducted fans that are powered by two gas-turbine engines. The fans allow the plane to fly higher and faster than other types of commercial VTOLs. Once in air, the two wing-mounted fans rotate to push the airplane forward while the centre fan is only used for vertical lift and remains covered during the flight. The two jet engines delivers 2,600 horsepower and can reach maximum cruising speed of 400 mph in as little as 90 seconds. The TriFan 600 by XTI Aircraft can hit altitudes of over 30,000 feet and can travel up to 1,200 miles without refueling.

Appealing to the aviation enthusiasts and crowdfunders nationwide, XTI has launched an equity crowdfunding campaign for the development of TriFan 600. The campaign is launched under new rules approved by the U.S. Securities and Exchange Commission. According to David Brody the equity crowdfunding is a creative way to involve everyone as true stakeholders working together to pioneer this all new way to fly. It is a great way to turn all of their supporters into potential stockholders.